Struggling renters must be helped through this crisis

At a time when Australians are being told to stay at home to stop the spread of coronavirus, hundreds of thousands of people have real concerns that they could soon be thrown out of their house. 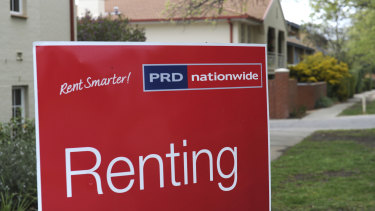 That is the potential prospect for many of the 15 per cent of the workforce that may soon be unemployed, with large numbers left struggling to pay rent. The national cabinet debated the problem this week and Prime Minister Scott Morrison has rightly pointed out that any solution will have to balance the interests of tenants and landlords and also the banks that have lent money against the property.

The doubling of the unemployment benefit for the next six months to a bit over $500 a week in the emergency financial package will help some people stay afloat. But with the median rent on a Melbourne or Sydney house at between $400 and $500 a week hundreds of thousands of households must now be terrified about finding next week’s payment.

Many possible solutions have been put forward, but it seems likely that all will start with a temporary ban on evictions. The ALP and other opposition parties have proposed this and many countries have also enacted similar bans. Under the constitution, states have responsibility for tenancy law, so they will have to take the lead. But Canberra will have to step in to help spread the load.

Suspending evictions resolves the immediate problem, but it will foist all the burden onto landlords, who will have to accept a loss of rent. That could hurt many of the 2.1million individuals who depend on income from rental properties and also many property developers who have rented out apartments. Banks can help by rescheduling loans for property investors using the $100 billion they received from the Reserve Bank’s quantitative easing last week.

Yet suspending evictions carries another risk because it only delays the crisis. Few households will be able to catch up if they fall three or six months behind on rent. Billionaire Solomon Lew, who closed his network of Smiggle and Just Jeans stores, has declared he will stop paying rent, but ordinary people have less bargaining power.

The federal and state governments should step in to prevent this pile-up of rental arrears. This could take the form of a big increase in existing rental assistance for the unemployed, or cuts to property and income taxes to reward landlords who take a flexible approach and reduce rents. It will be hard to target the payments in an efficient way to the most needy renters and kindest landlords, but in this crisis the government should err on the side of generosity.

The government still has lots of budget firepower left to help ride out this crisis. The $84 billion emergency stimulus package passed by Federal Parliament this week is still much smaller as a share of the economy than the $2 trillion that the US Congress is now debating. The details will take time but the principle of not throwing people out of their homes should come first.

Of course, many home owners with mortgages are also worried they will fall into arrears. That is why the government must insist banks honour their promise to reschedule mortgages rather than evict customers. As well as those who already rent or own houses, state and federal governments should also make sure the tens of thousands of homeless are able to socially isolate themselves. Increased public housing is urgently needed.

The financial consequences of the pandemic will drag on for years, but ensuring Australians have a roof over their heads must be one of the top priorities.

Looking for some good news?

We could all do with some good news right about now. That’s why we have launched The Good News Group, a Facebook group where we’ll share uplifting, inspiring and positive stories and invite members to do the same. Join the group here.