Texas linebacker Jake Ehlinger was found dead Thursday, according to police in Austin, Texas. Ehlinger, the younger brother of former Longhorns quarterback Sam Ehlinger, was entering his third season with the program.

Authorities said his death is “not considered suspicious,” according to the Austin American-Statesman, which was the first to report the news.

Police were called to an address in Austin at 12:18 p.m. Thursday, which is where Ehlinger was found, according to the American-Statesman. Authorities did not say how Ehlinger was found or release a cause of death. 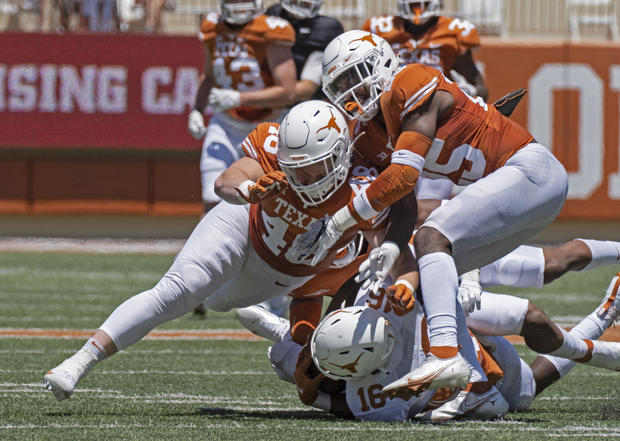 Ehlinger did not register any playing time during his first two seasons with the program but was a two-time member of the Big 12 Commissioner’s Honor Roll. The former Austin Westlake High School standout led the powerhouse prep program with 97 tackles as a high school senior before joining his brother at Texas.

The younger Ehlinger received interest from college programs such as Brown, Incarnate Word and Penn before opting to join the Longhorns as a walk-on.

The Indianapolis Colts selected Sam Ehlinger in the sixth round of the NFL Draft over the weekend. Sam threw for 94 touchdowns and more than 11,000 yards during four seasons as Texas’ starting quarterback and also ran for 1,903 yards and 33 more touchdowns. The Ehlinger family was captured on video celebrating his selection.

This is not the first time the Ehlinger family has navigated tragedy. The Ehlinger’s father, Ross, died in 2013 at age 46 while competing in a triathlon.

— This article first appeared on CBSSports.com