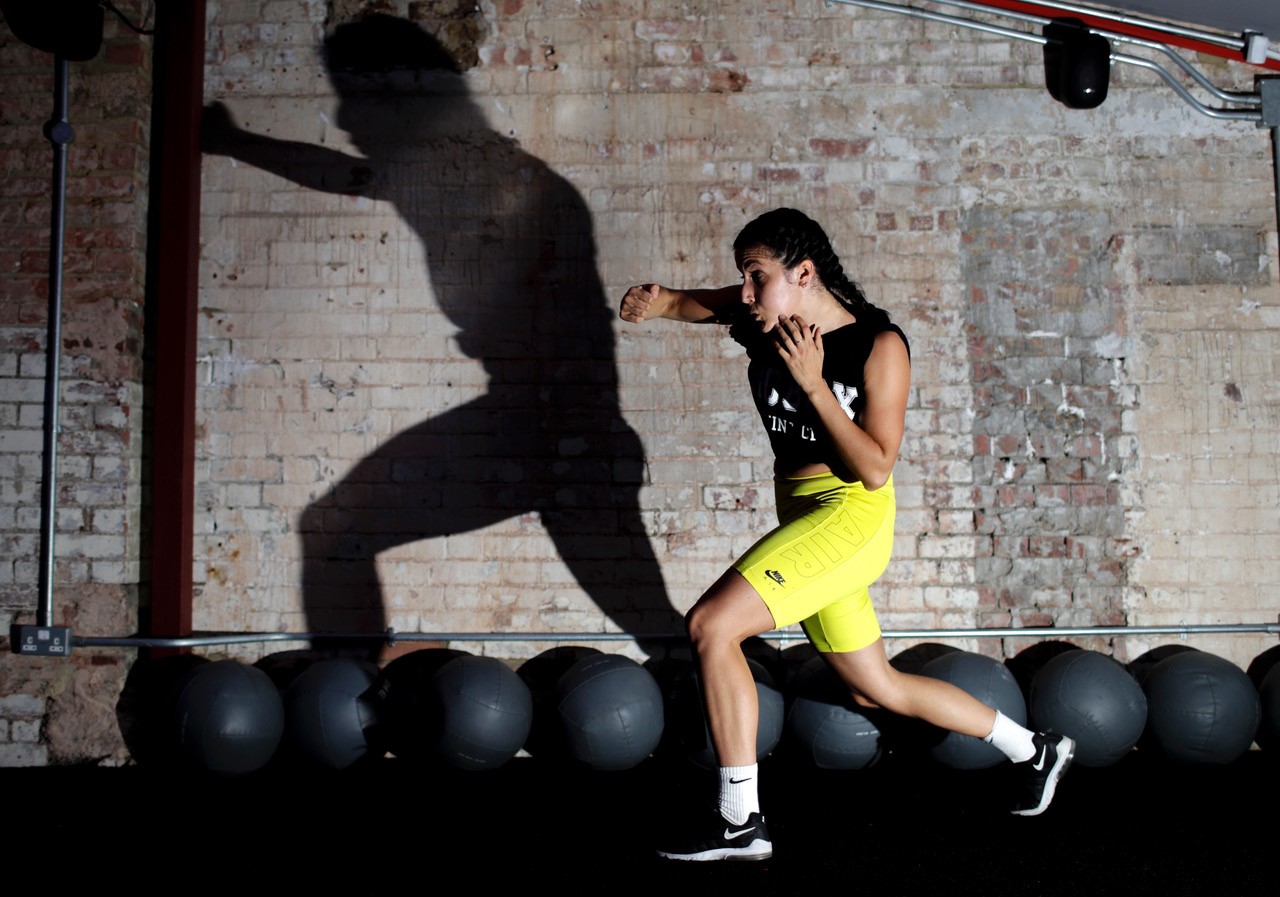 MMA – mixed martial arts – is now reportedly the fastest-growing sport in the world, and that is having an impact on the fitness world.

In recent years there has been a huge boom in combat exercise and combat-based fitness classes, with more people choosing things like boxing, martial arts and wrestling as a way to get fit.

Historically, these spaces have been overwhelmingly male, and they are often perceived as intimidating or unwelcoming spaces for women, but that is all changing.

Zoe Purpuri is a trainer at KOBOX, a boxing fitness studio in London. She says that as more people look to branch out and engage with nontraditional training methods, the world of boxing and combat training is becoming much more inclusive.

‘Martial arts is no longer a sport aimed at just men, it’s for everyone,’ Zoe tells Metro.co.uk.

‘Also, in more recent years, women are feeling more and more like they need to know how to defend themselves, the need to feel safer is crucial. Combat training gives women the confidence and skills they need to feel more equipped in this ever-changing world.’

James Griffiths, the founder of Wild Training explains that ‘fight fitness’ has developed and changed quite a bit since Boxercise blew up in the 1990s.

‘Shadow boxing has been popular ever since, but fight fitness has evolved and now incorporates more contemporary styles of martial arts,’ says James.

‘The rise of mixed martial arts and the popularity of the UFC will no doubt see more MMA-inspired training systems and equipment filter into mainstream gyms. When Les Mills, the global leader in group exercise programming, looked at the type of group exercise most people wanted to try next, kickboxing was named as the most popular choice for 18-45 year olds.’

Zoe is really passionate about getting more women into combat training, and she says that beyond feeling more confident and the benefits of self-defense, there are loads of other positive effects it can have on your body and fitness.

‘It improves fitness levels and cardiovascular health, it will also help with flexibility and the mobility of your joints,’ says Zoe.

‘It often pushes you to your limits, helping you to reach goals you often wouldn’t think possible. It will make you feel empowered when you’re training, but also safer in life.

‘As a woman, knowing that if you ever needed to defend yourself, you actually have the tools and knowledge to do so is priceless – and will put your mind a little more at ease.’

In a practical, daily-life sense, Zoe says combat training has taught her how to quickly assess different situations, how to assert herself, and how to deescalate a situation safely.

‘This type of training is also extremely effective for you mind and mental health,’ she adds. ‘It’s not only a form exercise but it will teach you to control your mind and your emotions, emotions such as panic, fear and adrenaline and channel those emotions towards your training and keep your mind calm.

‘Combat training will test you physically as well as mentally, it can often be high intensity so it’s going to push you and help you to gain a stronger mindset.’