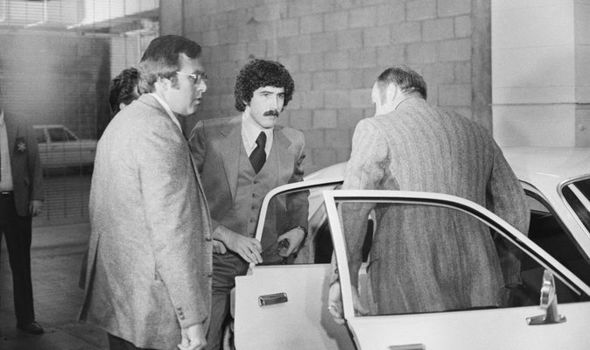 He went ape because I had, within a few days, become his most hated nemesis, and I will tell you why. I had been corresponding with Bianchi for several years before I met him in the flesh. I wrote to him that I believed that he might well be innocent of the crimes he’d been convicted of. I told him that, as a well-known crime writer, I was in a strong position to try to bring his protestations of innocence to the public at large.

“Think about it, Kenny,” I said. “Think about all the TV people and media who will sit up and listen.”’

Being a narcissistic, ego-driven, criminal psychopath like Ted Bundy, Ken believed my bull and took it in hook, line and sinker. You see that, although psychopaths are control freaks and master manipulators who thrive on controlling others including even the police and the psychiatrists who examine them, it is that very same psychopathology that always proves their undoing.

They say that the easiest person to sell something to is another salesman – simply put: bull baffles brains. So, having established my bona fides to Bianchi’s satisfaction, he started to send me many letters and documents and then many more documents and many more letters.

This psychopath was now on my hook and all I had to do was reel him in.

Bianchi – let’s call him Ken – thought I was his friend forever and a day. Buddies. Brothers-in-arms in pursuit of “Justice for Ken”.

But what never once crossed this master manipulator’s mind was that it was me who was manipulating him. His over-inflated ego couldn’t comprehend such a thing happening.

I had conned Bianchi into giving me an exclusive interview and there I now was, sitting inches away from a real monster. But, for some reason, he was “unhappy” and started staring me down. Those unblinking black eyes of his made a sudden switch to hatred.

So – gulp – to break the ice, I got up from my chair, walked around to him, put my arm on his shoulder and whispered in his ear, “C’mon, give your mate a smile.” 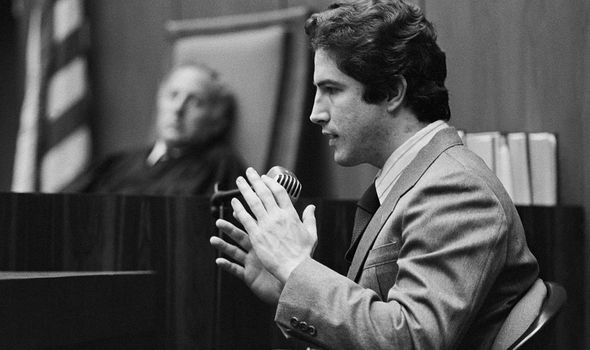 I had no fear. Because Bianchi is a paedophile child killer, a cowardly sado-sexual murderer of women and little girls. All mouth and no trousers, he is the extreme narcissist and bully that he always was. When any man confronted him, his bottle would drop.

I was right in his space, staring into his pockmarked face and the zillion microcircuits in his brain were zipping around in a confused state more-or-less reverting to their factory settings as he thought, “What do I do next?”

Was I not scared? I am asked many times at my lectures and talks. “Not at all,” I reply, with a look of absolute nonchalance.

And the reason why I wasn’t afraid was that I had been studying everything about Bianchi’s life from cradle to that present day.

I knew his wants, his needs, his dreams his nightmares, his aims and his fears. So I knew exactly what buttons to push, what buttons not to push to get the end result that I wanted.

Actually, this is not rocket science; even you, my dear reader, can pull this off if you desperately wanted to sit up close and personal with an un-cuffed homicidal maniac.

Yes, I had an hour with Ken in that room during which time I hinted that I felt that he had been disingenuous with me, somewhat economical with the truth with me –  his best friend in the whole wide world forever and many days.

“But Ken… you told me that you had lost seven pages of your police statement,” I said. “But… hey, Ken… some officers found them in your cell during a search [which I had instigated months earlier] and now I have them… Ummm, you also told me a load of other stuff that wasn’t true and I have the FBI non-secretor reports proving you have lied to me.”

I had started asking questions for which he had no answers.

I was using a form of what is now known as the Reid Interrogation Technique first developed in the US in the 1950s by psychologist John E. Reid, a polygraph expert and former Chicago policeman.

You can see a master-class example of the Reid Technique being used on YouTube where Canadian killer Russell Williams is interrogated and eventually confesses to police.

Back in the old days, it was often the hard guy-nice guy interrogation technique; somewhat if not downright intimidating all designed to keep a suspect off-balance. But the Reid Technique is more buddy-buddy all so carefully developed to lead the suspect up the garden path and into a sense of non-threatening security before the trap snaps shut.

My interview with Ken finished. As he was being escorted from the room by burly guards, he flipped, snarling at me, “…and don’t ever, ever come near me again or I’ll kill you!”

He was acting with bravado in front of the correctional officers so as not to lose face, yet as meek as a lamb when sitting down with me in that small locked cubicle. It can be great fun sometimes interviewing such pathetic scum, winding them up like a clock until their spring breaks.

Great fun, even more so when there I was again, just feet away as he shuffled through the snow on his way to Yard Time.

I greeted him with: “Hi, Kenny and how is your day?” He looked down at his shoes and moved on without looking at me the once. My last call with Mr Bianchi was at his house. He’d previously told me in correspondence that he had the biggest, most comfortable cell in the facility – “two cells knocked into one” he had said – to accommodate him as he is one of the most respected cons in a prison population of circa 2,000 inmates. He was a trustee, he boasted, could go more or less anywhere, whenever he so chose. He had the run of the facility he bragged. 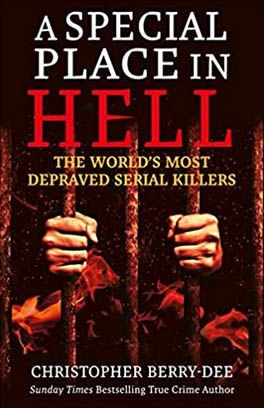 Yet he could never have envisaged in a million years that Christopher would, or even could be allowed by the authorities, to come a-knockin’ on his front door.

So, there he was, on his tiny bunk in a cell one could not swing a mouse by its tail in.

He had headphones on and was listening to some music. Now up close and personal – I was at his steel-barred front door – I greeted him, “Hi, Kenny.”

He didn’t move an inch. Much louder this time with: “HIIIII, Kenneth, it’s your Christopher come to visit you in your BIG HOUSE!”

He flipped, as in big time. He flew off his bunk to his door ranting and raving, calling out and pleading for the guards to arrest me for breaching his civil rights and blah, blah, blah.

“Ya know, Kenny…” I said smiling ear-to-ear, “I am handing all of those letters and documents you sent to me over to the authorities in your appeal. Ya’ll have a nice day now and maybe a bit of paint might spruce your house up a bit cos that dirty cream colour don’t suit a man of your station in life at all. Byeee!”

• Adapted from A Special Place In Hell by Christopher Berry-Dee (Ad Lib, £8.99).