The hair hero going back to his roots

Listening back to my recent chat with hairstyling guru Sam McKnight, 67, there’s a background noise of birds chirping away (well, alongside a foghorn of a car alarm). That’s because we meet at his West London house, a place that has made him as famous for his garden as for his hairdressing thanks to his personal Instagram account (@sammcknight1), which is constantly abloom with the roses around his lawn. ‘They’re amazing,’ enthuses McKnight. ‘It’s eight years since most of them went in and I’ve never had so many.’

So how did his flora cope with the recent heatwave? ‘Ninety minutes of meditative watering twice a day,’ he says. (This was before the hosepipe bans.) His gardening schedule has seen 500 dahlias come up and involves 3,000 tulips for autumn.

Away from his horticultural happenings, Scottish-born McKnight is one of the greats when it comes to hair. So much so that he was on the 90s-themed bus that was part of the parade that drove down The Mall for The Queen’s Jubilee Pageant this summer. ‘It was surreal!’ he says. ‘And lovely to be with good old friends Kate, Charlotte, Naomi, Val and Erin [that’s Moss, Tilbury, Campbell, Garland, and O’Connor], and my new TV-show buddy A J Odudu. I loved every minute – what an honour. Then I met the singer and actress Anita Harris who looks exactly the same as she did 30 years ago. And what about all that mingling with Daleks and Teletubbies?’ 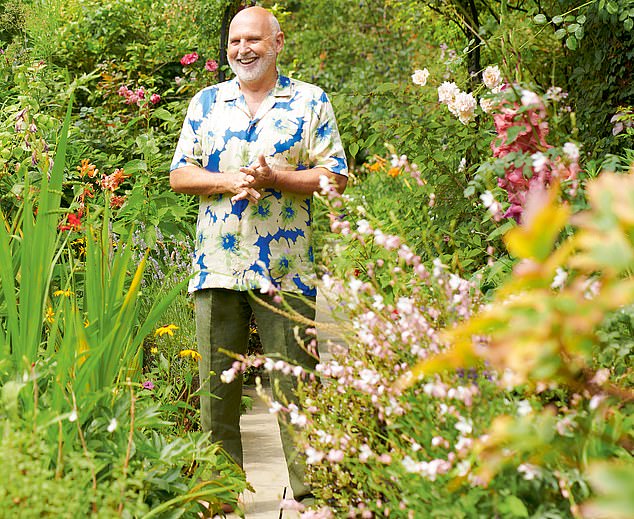 McKnight is used to mixing with the great and the good. As one of the world’s leading hairdressers, he has tousled with the best of them, and led trends on magazines, advertising campaigns and catwalks for decades. Of those heady days of the supermodels – Linda Evangelista, Christy Turlington, Naomi Campbell et al – he says: ‘We had so much fun. It was a big extended family. One where we all worked hard. Long hours. Constant travel. But there was lots of laughter. Linda used to complain that she got the worst outfits, but that was because she worked it so hard she could make a dish rag look like couture.’

Then there was his most famous client of all, Diana, Princess of Wales – her iconic looks in those Mario Testino portraits were courtesy of McKnight. Does he have a particular memory to share? ‘Her hair was so thick and difficult to manage herself, so for a while she’d have a sneaky perm when I was away. It took some time to wean her off that.’ Well, if anyone can charm someone into change it’s McKnight, who is perennially cheery, calm and quietly brilliant at his job. 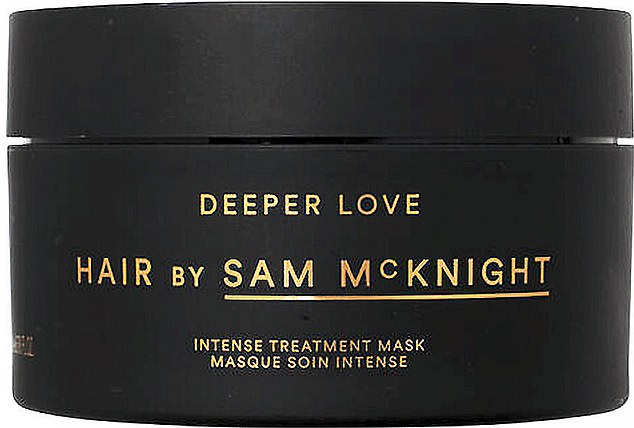 All that experience has informed his product line, which launched five years ago. But when lockdown hit and he was grounded from the constant on-the-go his work demands, McKnight decided to take the opportunity to reformulate the range (it’s now all vegan and cruelty-free) and create new products.

They’ve all been developed from scratch and tried and tested by McKnight and his 30-strong team, as well as friends and family. Friends include make-up artists Mary Greenwell and Charlotte Tilbury and Oliver Rousteing, creative director of Balmain, another investor in the brand.

‘It’s all based on my kit: the core products I use in any given week when everything is being thrown at me and I need something for every hair type.’ .

So The Lazy Girl range has been extended to include Hair Cleanse Cloths (£17) inspired by days spent snaffling Japanese powder papers from make-up artists backstage when models turned up with greasy fringes. They clean your hair and are travel friendly. Happy Endings Nourishing Balm (£36) is a light cream to tame hair and moisturise (McKnight advises applying it by twisting hair in sections rather than by rubbing it between your hands). Though it’s impossible for him to choose a favourite (‘they’re all a labour of love’), the Deeper Love Intense Treatment Mask (£48) ‘is a firm favourite’ for its strengthening and conditioning powers. There are shampoos and conditioners, too, including light, shine-enhancing ones and rich, nourishing cleanse options, as well as a defrizzing Curl Cleanse (£34). Of the entire offering, McKnight says: ‘It all works and everything is easy to use. It’s foolproof.’

He has also been busy filming new hairstyling competition series The Big Blow Out for Channel 4, which starts airing tomorrow and is hosted by fellow Jubilee pageant bus guest A J Odudu. McKnight is a co-judge alongside celebrity hairstylist Lisa Farrall.

‘I had a ball,’ he laughs. Some advised him not to do it ‘but I thought I’d probably regret it if I didn’t. And I loved every minute. I’m really excited about the show and hoping it’s a big success.’

I hope so too, because in this business they don’t come any nicer or more down to earth than McKnight.