Moon meditation: Expert explains what the practice is

The moon is a powerful healing force according to Ayurveda – alternative medicine. And according to moon mentor and author of Lunar Living Kirsty Gallagher it could be key for optimum health during the current pandemic. Appearing on This Morning on what has been dubbed Blue Monday, Kirsty explained the ideology behind moon meditation.

“Moon meditation is tuning into cycles of the moon,” she explained to Phillip and Holly. “Our ancestors used to live by the moon, using that kind of ancient wisdom and guidance and rhythm and flow of the moon to help us live our lives in a similar cyclical way.

“And especially at the time we’re in now, we’re not the same every day.

“We’re going through so many different emotions daily, sometimes hourly, that once we start to live in a cycle we allow ourselves again to be that bit more cyclical – we allow it rather than fight it.”

Phillip replied “so the moon has power over us,” before indulging in a quick meditation session with Kirsty. 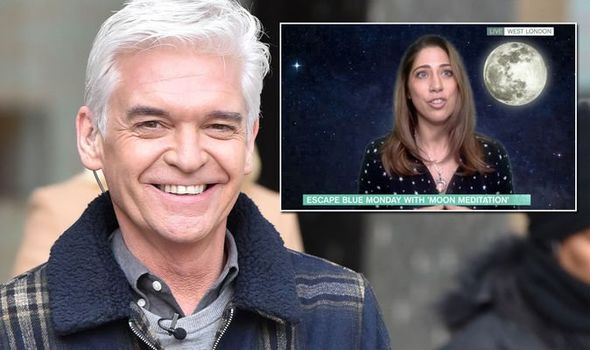 As the moon comes closer to the Earth, it’s gravitational pull changes, and the Earth’s large bodies of water respond with higher tides.

Some experts have looked at whether the changing gravitational pull might also affect how fluids react inside the body.

In a 2013 study involving male university students, researchers measured the effects of changing lunar cycles on the participants’ cardiovascular systems.

They found blood pressure dropped by around 5mmHg during new moon and full moon phases.

The students also took a step test and their heart rate and blood pressure were both lower during full and new moons.

When the moon is full and bright, it may also affect your quality of sleep. 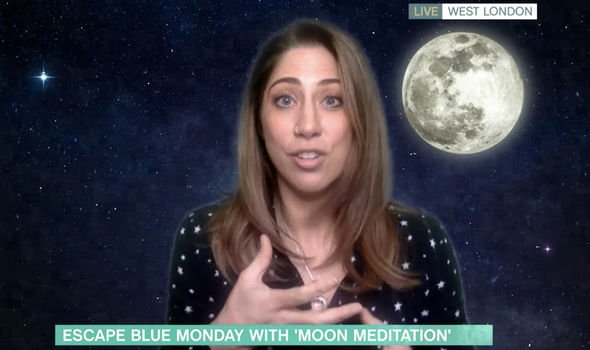 Looking up at celestial bodies such as the moon my prompt:

In Ayurvedic medicine, moonlight is believed to help heal and soothe the body. 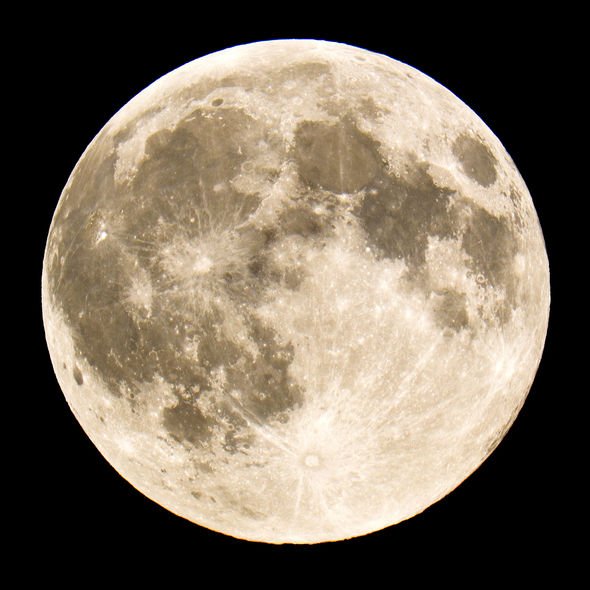 Moonlight exposure is thought to relieve anxiety and stress and to improve relaxation by prompting the natural release of melatonin.

Melatonin is the hormone that regulates the sleep-wake cycle. It acts on receptors in the body to encourage sleep.

To date, no scientific studies have looked at the effects of moon mediation.

But some research does support the benefits of Trataka meditation – an ancient practice of meditation used in Ayurvedic medicine that involves focusing the eyes on an external object – which could suggest moon gazing is beneficial.

Research from 2014 suggests it seemed to help improve cognitive function in older adults.