The Royal Mint, who is the Original Maker of UK coins, is releasing its largest coin ever produced. What’s more, there is only one 10kg gold coin being created. The coin being unveiled combines traditional minting techniques and innovative technology, with over 400 hours of work having gone into the coin from a team of master craftspeople, artists and engineers.

The coin marks the conclusion of the Queen’s Beasts commemorative coin collection.

Starting with the Lion of England in 2017, the Queen’s Beasts Collection has shown the history and symbolism of each of these creatures in turn.

The line-up of coronation beasts is now complete with the 10kg coin being released showcasing all ten beasts in one design.

The Royal Mint said the coin was made using traditional minting skills alongside modern techniques such as engraving machines being used to carefully cut the design onto the coin. 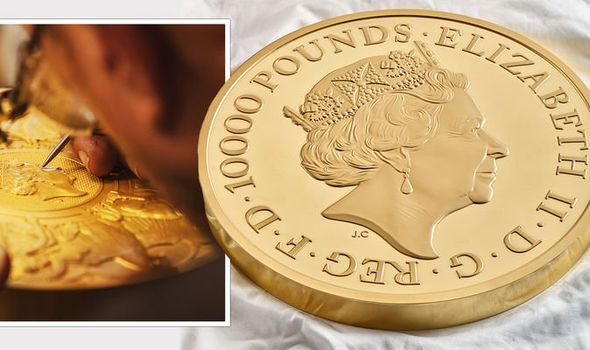 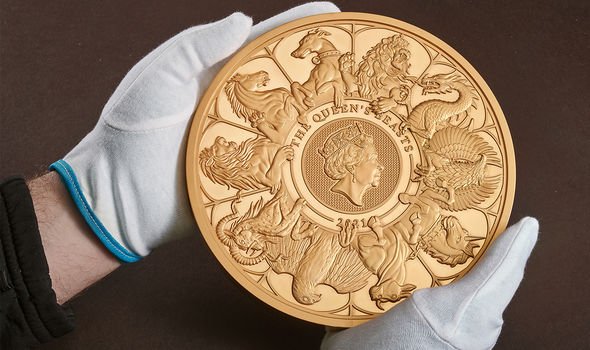 The coin underwent four days of polishing as well as taking 400 hours of work to complete.

Clare Maclennan, Divisional Director of Commemorative Coin at The Royal Mint said, “We are delighted to unveil a Royal Mint first with the creation of the UK’s largest coin to celebrate the conclusion of our Queen’s Beasts commemorative coin collection.

“It is the latest in our ‘Masterworks’ series which offer unique works of art for collectors, exclusively from The Royal Mint.

“The Royal Mint’s Queen’s Beasts commemorative coin collection has grown in popularity since the first beast was introduced in 2017 and has become a firm favourite amongst coin collectors across the globe.

“This coin sets a new standard for minting – combining centuries old techniques with innovative technology to create a unique and beautiful work of art.

“It is the largest coin ever created by The Royal Mint, and is testament to the expertise, craftsmanship and skill of our team.”

Presented together on one coin, the royal guardians including, a lion, a griffin, a falcon, a yale, a greyhound, a dragon, a unicorn and a horse, surround the effigy of Her Majesty.

However, it  also comes with a hefty price tag. 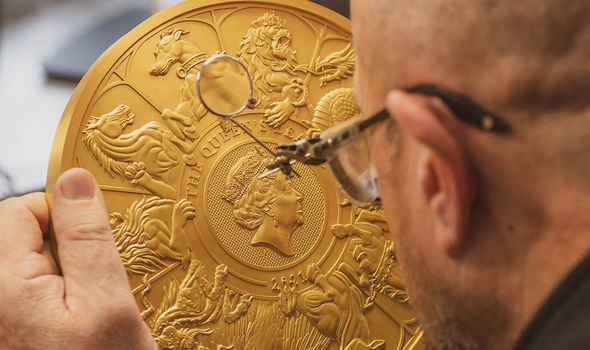 The £10,000 gold proof coin is one of its kind, with cheaper versions also on sale too.

For those looking to complete their Queen’s Beasts collection, the coin is available in a range of finishes with prices starting from £13 available to be purchased from www.royalmint.com/QueensBeasts.

Roger Hargreaves was the main author and illustrator of Mr. Men and Little Miss which had several books in its series.

Speaking on the release of The Royal Mint’s new coins, Adam said: “It is an absolute honour to not only have the Mr. Men Little Miss characters’ feature on official UK commemorative coins but to have the opportunity to create the designs that feature on the coins too.

“Over the past 50 years Mr. Men Little Miss characters have grown to become a global favourite among many and I am delighted to be celebrating 50 years of fun with The Royal Mint and I hope fans of the Mr.

The characters are available on a commemorative £5 coin and are available in gold and silver, as well as a special colour printed ‘Brilliant Uncirculated’ edition.