The gloves are off for the newest Coach, as Ariana stops being nice and starts getting down and dirty — plus, two “American Idol” alums, an unassuming mom and an incredible 13-year-old vocal phenom blow the panel away.

The gloves were off in this latest installment of “The Voice” as Ariana Grande settled into the usual non-stop verbal abuse that flies between Blake Shelton, Kelly Clarkson and John Legend.

At this point, the dysfunction is almost completely out of control, though it has been fun seeing how Ariana’s presence has disrupted their usual flow. Now, they’re all trying to pull the new kid on their side, or even ganging up against her.

A lot of it has to do with how incredibly popular she’s been with the artists, and even the studio audience. And finally, she pulled off the gloves, telling Kelly to shut up at one point and going into all-out war mode with Blake. And then there’s her Block — the last one of the season — which she used very effectively tonight.

In true obnoxious Blake fashion, Blake fashioned a banner he could break through and gave himself a dramatic entrance for the episode. The whole bit was a lot of fun and exemplifies the playfulness of these early Blind Audition rounds that make this show such fun to watch.

On the one hand, it definitely takes away from some of the incredible talent, but it also makes the show watchable regardless of how good the contestants are. This season is already delivering some stellar voices, though, with tonight’s batch featuring a pair of “American Idol” alums, a 13 year old with an unbelievable gift and the incredibly powerful mom that turned four chairs — with only three able to fight for her thanks to that Block.

Fair warning, since I’m safe at home, I’m probably going to be a little harsher than my colleagues Kelly Clarkson, John Legend, Ariana Grande and Blake Shelton. And just for fun, I’m going to rank the performances from worst to first so we can see how my favorites do as the season progresses.

(28, Springfield, VA – “It’s So Hard to Say Goodbye to Yesterday,” Boyz II Men) It’s interesting how much time Jasmine spent in her lower register, but when she finally pushed herself a bit, it appeared to be a few too many missed notes to get the chairs to turn. She has a great, rich quality to her voice, but there just wasn’t enough consistency in her delivery throughout. If she were to clean up her pitch, she could really stand on her own here. She had an interesting arrangement on the song that was very compelling.

(26, Buffalo, NY – “How Am I Supposed to Live Without You,” Michael Bolton) A little erratic in execution and pitch, Bubba certainly picked a hugely ambitious song to try on for his big “Voice” audition. He’s got a great instrument, but he wasn’t great on this song. If that’s not a case of nerves, then he needs to find the right song to suit his voice and style and then he needs to know he can nail that vocal every single time he sings it until he can sing it in his sleep. This jsut wasn’t his moment.

(39-42, Redlands, CA – “Boondocks,” Little Big Town) They definitely had a down-home country sound, but we honestly expected the harmonies to be a little more exciting than they were. It also would have been good to showcase all three vocalists a little more than their brief spotlights at the end for two of them. This felt like a very good gig band, but we’re not sure they’ll be able to really hold up on this show unless they push themselves to explore their range and get more creative with their arrangements and harmonies. 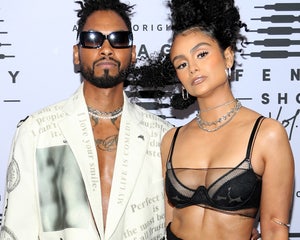 Miguel and Nazanin Mandi Call It Quits After 17 Years Together

(20, Newport, RI – “Carolina in My Mind,” James Taylor) Lucas is new to singing, having only picked it up out of necessity for his band two years ago, and you can hear some of that in how he took on  such a signature song from such a unique artist. He settled into his comfort zone on this song and sounded pleasant enough there, but didn’t really offer much more. It also didn’t say much about who he was as an artist, though he probably doesn’t even know yet. He has an interesting rasp that clips the edges of his voice and a sweet tone, as Ariana noted, but it just wasn’t compelling enough overall.

(23, Miami, FL – “I Wish,” Stevie Wonder) Raquel is not new to the industry, having an opportunity to do some singing voiceover work for a Dora the Explorer movie that also featured former “Voice” Coach Shakira and even making “American Idol’s” Top 20 in 2019. There was a real confidence in her stage presence that even though the Coaches couldn’t see, carried into her vocals. Stevie is hard for any artist to do, and unexpected for a woman on this song. But she wrangled its unique cadence well and managed to show off a bit of her range. We’re not sure if she’s excitingly unique enough, but then it’s hard to say on a song so singular to the original artist.

(17, Piney Flats, TN – “Tulsa Time,” Don Williams) Known as “Fiddle Boy” in his hometown, Carson started playing at three years old and within four years or so he was on “The Tonight Show” playing for Jay Leno. He got to meet Steve Harvey, opened for Ricky Skaggs and then RIcky got him on the stage of the Grand Ole Opry. We didn’t expect a 4-chair turn for Carson, but we suspect it was the purity with which he went way back into the wayback machine for this country classic. It was such an earnest and sincere performance, with a hint of grit in his voice that’s very interesting and a wholesomeness that leaves you feeling good. He’s got a sweet voice, too, a little gentle and it just sounds innocent, which could be fun to play with.

Probably our favorite part of this whole situation was John pretending that he really had a chance here while Ariana didn’t even bother to pitch herself, knowing that she had no chance at all. Kelly gave it a valiant effort, but Carson went with the guy who has the most knowledge of the history of country and bluegrass music, which makes sense considering Carson’s passions and influences.

13 Musicians Who Aren't Fans Of Their Own Hit Songs

(15, New York, NY – “Never Tear Us Apart,” INXS) We were already fully on board with the raw, rock-and-roll energy of Keilahs’ voice and then she hit us with those tender closing notes and we are sold. This is an exciting new artist with a unique lane that she sits so comfortably in. She took a song from the ‘80s and made it as fresh as something that’s coming out tomorrow. That’s an exciting thing to see in an artist so young. She knows who she is. And on top of that, she has an incredible range, a rich full texter to her voice, a little growl and a lot of really neat tools in her arsenal.

(29, Tampa, FL – “Here Comes Goodbye,” Rascal Flatts) Jeremy had some success on “American Idol” back in Season 11, coming in 13th, but he stepped back to focus on family. Even though he’s only 11 years older, Jeremy is the father now to his niece, Jocelyn. When she was 2 years old, his mother took custody after his sister lost it. He then wanted to take the responsibility of raising Jocelyn officially from his mother’s shoulders after he became an adult, becoming her guardian officially when he was 22.

He hit that stage like he knew this was the biggest shot of his life and he wasn’t going to let it pass him by. This was a world-class vocal and a great showcase of his own artistry. The song was recognizable, but filtered through his own experiences and style so it didn’t sound country. Yet he still had that storytelling element — we adored his whispery opening lines. This is the kind of artist that draws you in and makes you invested in him, his story and his talent. 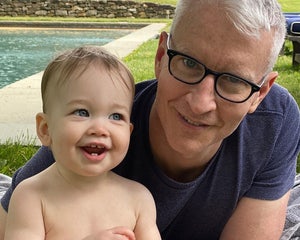 Why Anderson Cooper Won't Be Leaving Son Wyatt an Inheritance

(32, Bronx, NY – “Sweet Thing,” Rufus) Samara’s sister Amanda competed on “The Voice” way back in Season 3, with Samara standing on the sidelines rooting her on. Now, the tables are turned and it’s Samara’s turn to take her shot in the dark. Ariana was so into it, she tried to use the last Block of the season on John, but he’d already turned on her. What’s shocking is that no one else got in this fight because Samara’s voice is absolutely incredible. She had power and range for days. She’s got a great style and knows exactly who she is as an artist. She had her own cadence on the song that was cool and chill and when she belted, the rafters were shaking.

(13, Clifton, NJ – “you broke me first,” Tate McRae) We actually liked the way Hailey gently bent the words to pull you into the way she was telling this story. Not only does she have great range and power in her voice, it has a really special character to it. Even more shocking is just how very young she is to not only have an instrument that strong, but to know how to use it so effectively already. Should she prove coachable, she will probably have no problem standing out. What an exciting audition.

(30, Catlettsburg, KY – “Rocket Man,” Elton John) Ariana was quick enough on the trigger this time to block John, and she picked a great time to do it — though she may have had an edge over him anyway because of the power in her own voice. Holly is an absolute powerhouse, reminding us with one note (that almost knocked Ariana out of her seat, and visibly left her in tears) of Keala Settle on “This Is Me” from “The Greatest Showman.” It had that same raw power and grit. But mostly, she sounded like her own artist, taking Elton John, of all incredible artists, and making it fully her own. It was one of the best all-around auditions of the season — and among the top all time. Unfortunately, we’ll have to wait until Tuesday’s show to see which team she picked.

“The Voice” continues Mondays and Tuesdays at 8 p.m. ET on NBC. 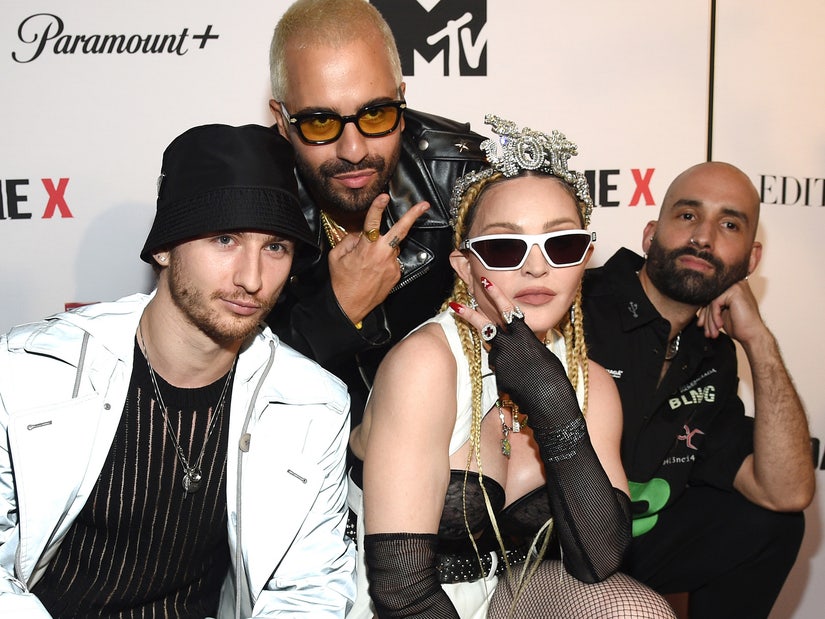