'There's a spring in his step' – Man Utd fans about to see the real Jadon Sancho after scoring first goal, says Carrick

The winger enjoyed his best game in a Red Devils shirt in the Champions League in midweek scoring his debut goal for the club in a 2-0 win over Villarreal. 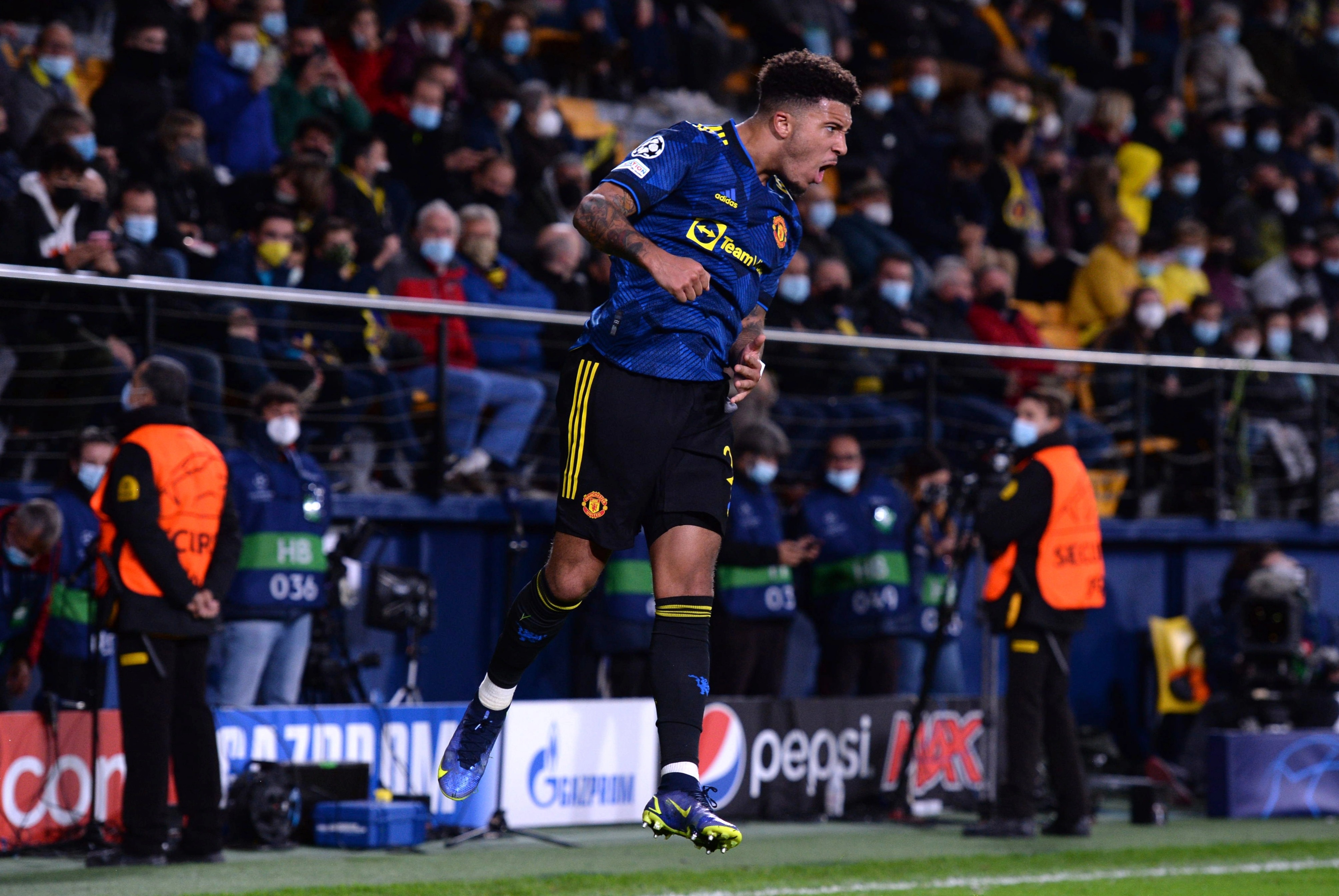 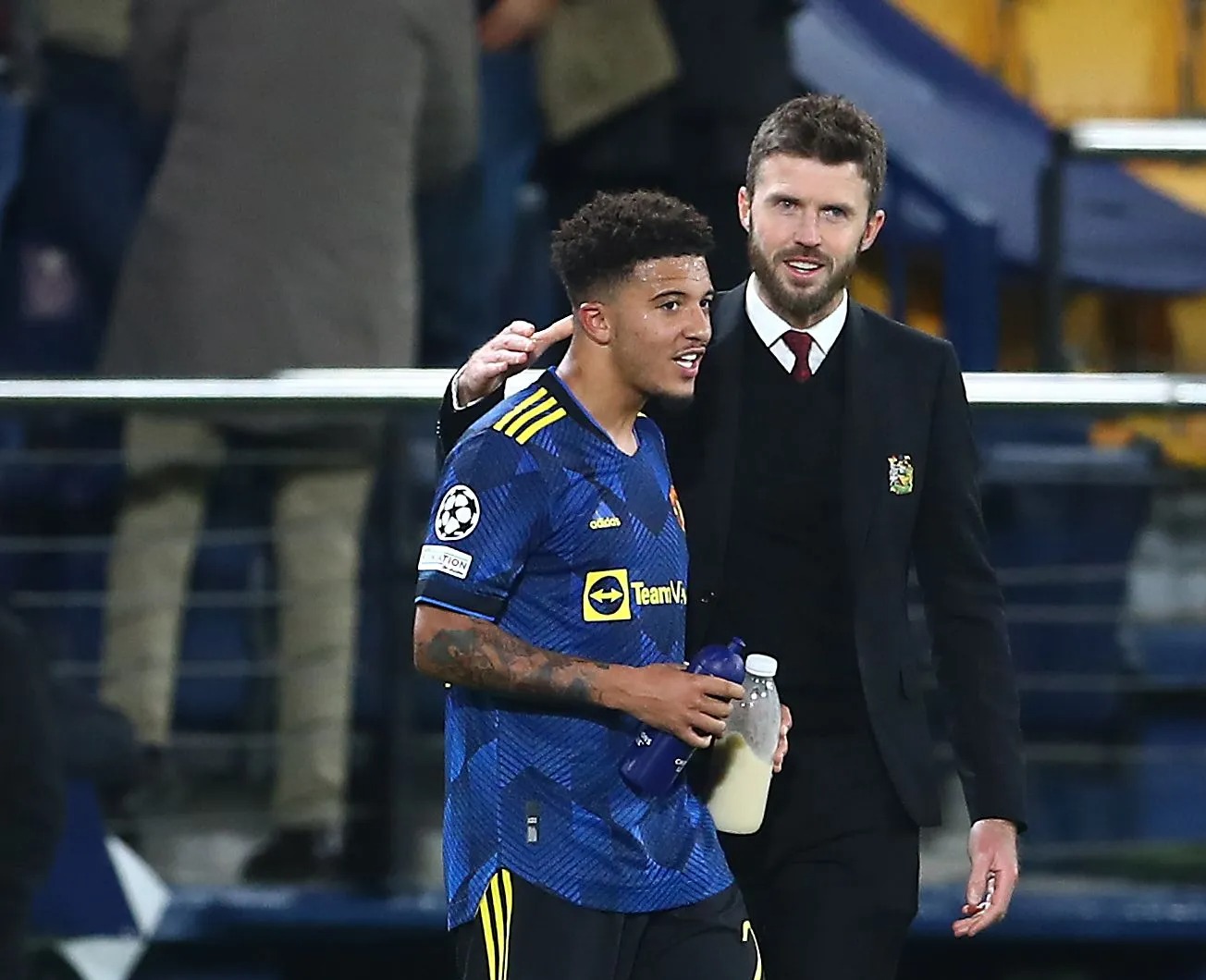 It has been a testing period for him since his £73million summer switch from Borussia Dortmund spending more time watching on from the bench than the pitch.

But United caretaker boss Carrick says he has seen a change in the player on the training ground and is convinced that will translate to games with him set to start again away to Chelsea on Sunday.

Carrick said: “Sometimes it just takes time to adapt. He is a young player coming to such a big club, in a new league and it is not easy just to hit the ground running.

“But there is a spring in his step now and you can see in his body language there is that little spark and let’s hope that spark gets bigger.”

Sancho, 21, has started just eight games this season and had not contributed a goal or assist until Tuesday night in Spain.

It was not just his cracking 90th minute goal that stood out but his all round play as he enjoyed a wider role on the right from where he did much of his damage with Dortmund scoring 49 goals and providing 53 assists in his last three seasons.

Carrick said: “He's a terrific player, Jadon, I said it the other night he's never happier than when the ball is at his feet, going at defenders, creating chances and scoring goals.

“That's when he's at his happiest and smiliest. The bigger thing for me on the night was the other side of his game, his attitude, work rate, and mentality.

“He put a whole performance together the other night.

“He's got a massive future ahead of him if he keeps doing the right things, looks after himself and has the right attitude and hopefully he fulfils every bit of potential he has.”

It is that bit of creation that Sancho can provide that United have been missing of late.

One of the best finishers in the game upfront in Cristiano Ronaldo will certainly be relishing an inform Sancho to supply the chances for him to put away.

'THERE IS SO MUCH MORE TO COME'

Carrick said: “Creation in any team's important and that's why we brought him to the club.

“He has already proven what he can do at such a young age but there is so much more to come and we are looking forward to what is ahead.”

The task of facing Premier League leaders and European Champions Chelsea this weekend will of course prove a little tougher than Villarreal.

At least that midweek win which qualified them for the knockout stages of the Champions League as Group F winners with a game to spare has lifted the mood.

Carrick had an immediate impact having been put in caretaker charge in the wake of Ole Solskjaer’s sacking.

He will now take charge of his second and last game before Ralf Rangnick takes the reigns until the summer with the club finalising his switch from Lokomotiv Moscow where he was Head of Sports and Development.

Carrick said: “It was a big boost for us to get that win in midweek. It was a much-needed win for a lot of reasons, first and foremost for the players to have that feeling again, get that confidence back and belief.

“This is another massive game for us, but these are the ones you've got to enjoy.

“We are up against a team doing really well. You've got to be hugely impressed by the way they go about things.

“They are super intense, well organised, have really good movement across their backline and frontline and are very good at connecting with the midfield. They play really aggressive and playing really high, they test your backline and stretch you across the pitch and have a really good balance, they're on a high. I

“I’m well aware of the challenge that we face but we can get a result there, no doubt.”