This Summer Belongs to Big Freedia

Between her upcoming tour, a new EP, a performance at San Francisco Pride, and an instantly iconic new Lady Gaga cover, the bounce vanguard is back on top. 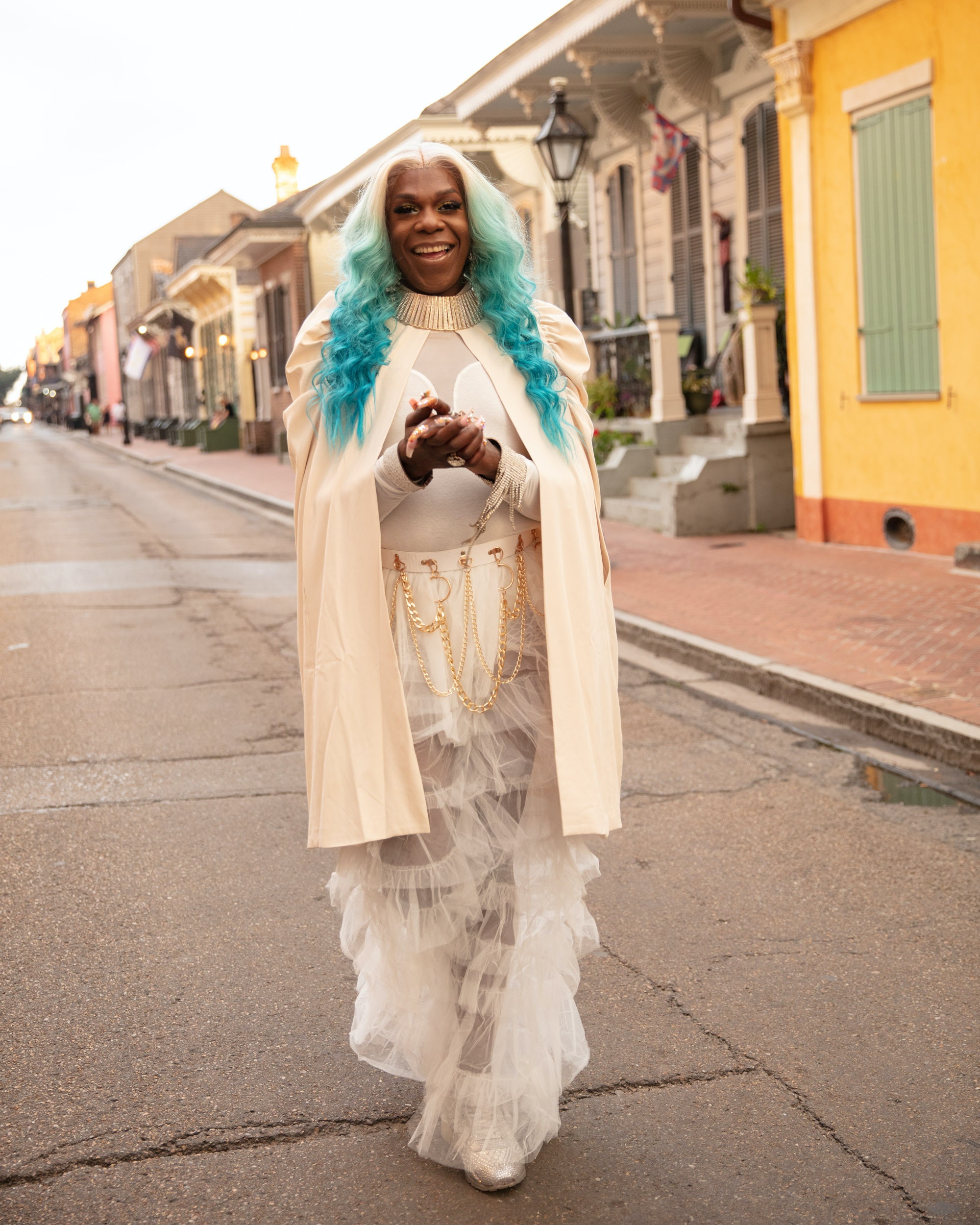 Big Freedia, the New Orleans-based rapper hailed as the “Queen of Bounce Music” is ready to give her fans their lives back this summer. And they have a lot to look forward to: She covers “Judas” on Lady Gaga’s Born This Way: The Tenth Anniversary, and she’s dropping her latest single “Betty Bussit” on June 25th. She’ll be headlining San Francisco’s Pride celebration on the 27th, and, also in honor of Pride Month, she even has two Peloton rides dedicated to her thumping, energetic tracks, which you can catch this week. A new EP, Big Diva Energy, comes out in July. And while nothing is confirmed yet, a recent Rolling Stone story suggested Big Freedia (pronounced FREE-da) will be a part of the upcoming new Space Jam soundtrack. In an interview with W, the hip hop vanguard who’s been tapped by the likes of Drake and Beyoncé opened up about her new music, putting her own spin on Lady Gaga, and representing the queer community in the mainstream.

You released a new single, “Betty Bussit,” this month. What’s the song about?

Betty ‘bout to bussit, have a good ol’ time, and twerk down—just what it says. [laughs] Betty Bussit is one of those songs that’s going to change the tone of the room. It’s about Betty Boop, but instead of using her, we used Betty Bussit. We came up with our own concept of the character.

Big Diva Energy, your first extended project since 2020’s Louder, is being released in July. What can fans expect from it?

It’s all about fun music and fun things for my fans to enjoy after being locked up with the pandemic for a year and some change. I just wanted to make fun music. Much of Big Diva Energy was produced and recorded during the once-in-a-lifetime pandemic, so the preparation—and mood—was very different. I wanted to create some party anthems for all of us in quarantine. I’m so excited that it’s coming out just in time for everyone to be back out again. My past two EPs, 3rd Ward Bounce and Louder, mixed hip-hop and pop into bounce—fans can expect the same from this one.

You’re doing a tour this summer for the first time since the pandemic. How have you adjusted to the thought of doing shows after such a long time?

Being back on tour has been great for me mentally. I feel like a weight has been lifted. I love being with my dancers and team on the road. And seeing fans again has really recharged me. I gotta go back to where we were pre-pandemic and the energy and my body—it’s just been crazy, but I’m working on getting back into the rhythm of things. I have a bigger tour coming in the fall. We’re coming out harder and with new energy.

For your cover of “Judas” by Lady Gaga, you reimagined the song entirely. How did that collaboration come together?

Ten years ago, I was supposed to be on Born This Way. I didn’t make it on and it came back around full circle. I wanted to cover “Judas” because when the album came out in 2011, I was going through it with someone and “Judas” was the soundtrack to that time. To me, the song was about being left and the pain and angst that goes along with that. When I got the call this time, me and my producers started to work on the magic of recreating it to make it sound new and fresh. It was a fun recording process. I’m super excited to be a part of it.

Born This Way is so iconic. Tell me about the significance of its anniversary during Pride Month.

Of course, the opportunity to cover “Judas” off Gaga’s Born This Way anniversary album is an honor, but the fact that it’s coming out during Pride makes it all the more memorable and significant.

How and where did you spend the last year?

Like everyone, I’ve been home the past year. I love to cook, so I started a cooking show and went live on Facebook. That turned into Big Freedia’s Garden Cookout at City Park in New Orleans, where I cooked for a masked audience in a studio. I spent a lot of time writing music, too.

It’s different depending on where I am. I can get inspired anywhere—on a plane, in a car, at the studio, at home. When an idea comes to me, I record a voice memo, then I go back to it later and write it all out.

What inspires you as a musician?

Music, fashion, the party vibe, relationships in life—whatever is going on around me inspires me.

What parts of performing have you missed most over the past year?

Getting out with my crew, my dancers, my DJ, seeing fans, visiting cities!

How does it feel to be a Black and queer artist who’s made it onto mainstream platforms?

It feels really good to finally be in the mainstream. I worked hard and I’ve been consistent over the years, continuing the grind for myself and for the community. People are noticing who I am and making calls for me to be in bigger projects. I’m very grateful that I can represent the LGBTQ+ community and keep holding it down. I’m still pushing to be at Coachella. I’m still pushing to do songs with certain artists that I’ve been loving for a long time. Whenever things are aligned at the right time, I just let it flow.