To be a working mom in sports 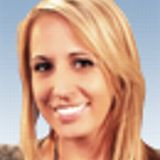 Five minutes. University of Arizona women’s basketball coach Adia Barnes was rushing to her team’s locker room in the Alamodome in San Antonio on April 4 for five minutes she wasn’t sure she had to spare.

In an empty bathroom, while hooking the plastic flanges of a breast pump into a hands-free bra, the former Wildcats All-American, WNBA champion and mother of two was thinking strategy. It was halftime of the NCAA women’s tournament national championship game — the biggest game of Barnes’ coaching career — and her team trailed 31-24 to the Stanford Cardinal. To win the national title, Arizona needed to make adjustments.

We have to better defend Stanford’s two big guards. We have to start capitalizing on turnovers. …

Barnes hit the power button as the pump started to quickly pulse, a sound that briefly interrupted her thoughts, but was becoming a mainstay of the Arizona locker room. She didn’t have enough time to cover herself, but it didn’t matter. Flanges in place, Barnes laughed as she looked down. The two plastic funnels on her chest resembled missiles. Nothing the team hadn’t seen before. She walked back into the locker room.

Serena Williams, a 23-time major champion, whose daughter Olympia was born in 2017, sees working mothers across sports as having a powerful platform.

“It’s amazing to be in this position where the opportunity to say to women that are moms, ‘You can do it,'” Williams said.

Williams, who was pregnant when she claimed the 2017 Australian Open title, endured a difficult birth, delivering the baby via emergency C-section. Williams has been open about her experiences on social media, discussing the pulmonary embolism she experienced after the birth and telling followers about the postpartum depression she suffered.

“I feel like after having a baby, there’s a lot of postpartum issues that you deal with,” Williams said. “A lot of people feel it’s taboo to talk about. [But] it’s not.”

Barnes’ story, as first reported by ESPN’s Holly Rowe during halftime of the game’s broadcast, and the issues that Williams shared happen everywhere, every day — in and out of the sports world. And these working moms are facing the same misconceptions and challenges mothers all over the world are facing, overcoming them with strength, vulnerability and grace.

‘Guys just don’t have to go through this.’

At the women’s Final Four, Barnes’ whole family attended, including her husband Salvo Coppa, an assistant coach on her staff, their 5-year-old son Matteo and 7-month-old daughter Capri, whom Barnes is still nursing.

She usually made time for herself to pump before games to avoid situations like the one she faced during the national championship game. But with all the media obligations throughout the day, she found herself off schedule.

Barnes laughs now, a month after the Wildcats lost 54-53, about her frantic race to set up her pump, and how, moments later, the device just fell from her chest and landed on the floor in the midst of her halftime speech.

“I remember sitting there thinking…’Oh, God’… but then everybody started laughing so I was like, ‘Oh I’m glad I made you guys laugh,'” Barnes said. “Because it was a stressful moment, this is a national championship game, the biggest moments of our life. I’m thinking to myself, ‘Gosh, guys do not have to go through this.’

“I had a lot of those moments during the Final Four. Moments when I’ve questioned my ability as a mom, as a good coach.”

Barnes is as open as she is unapologetic. The obstacles she has faced, underneath the façade of the “woman who can have it all,” especially in the last few months, are universally relatable to women who have started a family of their own while not changing their professional goals. If anything, she questions the stigma that surrounds a mothers’ necessity to breastfeed her child.

‘I was literally advised, don’t get pregnant. Wait until you’re done.’

The three-time Olympic beach volleyball gold medalist had her first workout at 8 a.m., weight training after lunch and then back on the sand one more time before dinner.

The intense workout regimen will be worth it, she believes. Now 42 years old, Walsh Jennings could become the oldest Olympic women’s beach volleyball player in history should she quality for the Summer Games in Tokyo this year. It won’t come without sacrifice since she is currently away from her husband Casey and their three children — Joey (11), Sundance (10), and Scout (8) — who are home in North Lake Tahoe, Nevada.

Walsh Jennings considers motherhood as an extension that allows her to express more of herself on and off the court. But 20 years ago, after she graduated from Stanford and began her pro career, the concept of the working mom was not presented to her that way.

“When I found out I was pregnant for the first time, the athlete in me was like, ‘Oh my gosh, what did I just do?’ Because I was literally advised, don’t get pregnant. Wait until you’re done,” Walsh Jennings said.

“I was like, that doesn’t feel right. I had been waiting to be a mom my whole life.”

As the 2020 Summer Olympics approached, then were postponed due to the coronavirus pandemic, her ache for another gold medal only became stronger. The decision to pursue a fifth Olympic appearance was a family one.

“I sat down with each of them and I said, ‘Are you guys OK with me doing everything I have to do to make this dream come true?'” she said. She needed to be as transparent as possible. It means leaving, training and being away for days at a time.

With her family’s blessing, Walsh Jennings continues to train.

“I’m very grateful for my children. I would have retired at 30 because I was just miserable in my job,” she said. “To be a working mom means when I wake up every day, my No. 1 priority is my family.”

‘It’s like we’re machines and we don’t feel. That’s not the case.’

Candace Parker has to be tired.

After working in her analyst role for the NBA on TNT in Atlanta, she flew back to Chicago and landed at 1 a.m., just hours before a 6 a.m. practice with the Chicago Sky. After 13 years playing for the Los Angeles Sparks, Parker joined the Sky as a free agent in one of the biggest moves of the WNBA offseason. On May 4, her final day in studio for TNT, she shifted more of her focus to the Sky, whom she will make her debut on May 15.

“As of right now, I only have one real job, as opposed to two,” she said.

If she is worn out, she doesn’t show it. She lights up when she talks about her 11-year-old daughter Lailaa, who she hasn’t seen in three weeks. When Parker considered the move to Chicago, the first person she spoke with about it was her daughter. They also decided Lailaa would finish school in Los Angeles.

On the surface, Parker remains polished and poised, balancing all the roles she has occupied in the last few weeks. But underneath, there exists a constant yearning to be home. It’s another burden moms feel pressured to succumb to: the image of the career-minded woman who can conquer all, with no semblance of vulnerability.

“The biggest misconception about working moms is that we don’t feel,” Parker said. “That we’re almost like machines a little bit, and that’s not the case. The challenge is also the guilt.”

That heaviness of guilt that Parker experienced in the past has softened as her relationship with Lailaa continues to grow.

“I know my daughter benefits greatly from seeing her mom balancing things, working towards things and trying new things,” she said. “All of these things take less guilt and some of the guilt away. I think [as] moms, we’ve been forced to balance a lot and sacrifice a lot, and that’s a superpower.”

Once Lailaa finishes school, she will be reunited with her mom. But the challenge of being away from her daughter for so long takes Parker back 11 years ago, to the kind of questions that first introduced her, as a new mom, to how working mothers in her industry were often viewed.

“The biggest thing that I noticed when I started embarking on this motherhood journey was the amount of questions I got that were different from my male counterparts,” she said. “It was like, ‘Well, who’s watching your kids when I’d be on the road?’

“They don’t ask LeBron that.”