Top Chef All Stars L.A. Week 5: Who Was Eliminated? UPDATE: This article is updated weekly after each elimination. Spoilers ahead!

Season 17 of Top Chef All Stars L.A. is in full swing, and the competition is especially fierce this time around.

HostPadma Lakshmi declared early on that the 15 chefs returning to Top Chef are among the best of the best, and they’ve got more motivation than ever to make it to the end as the winner will receive $250,000—the largest cash prize in the show’s history.

Along the way, the chefs will be joined by the likes of everyone from Kelly Clarkson to Danny Trejo. Fan-favorite judges Tom Colicchio and Gail Simmons are of course on board as well.

So who was eliminated week five?

After being challenged with creating their own sellable food product with the help of a loved one as an assistant, the tops and bottoms were:

The top chefs of the night were: Eric, Nini and Greg (who won!).

And the bottom chefs were: Brian, Stephanie and Jennifer. 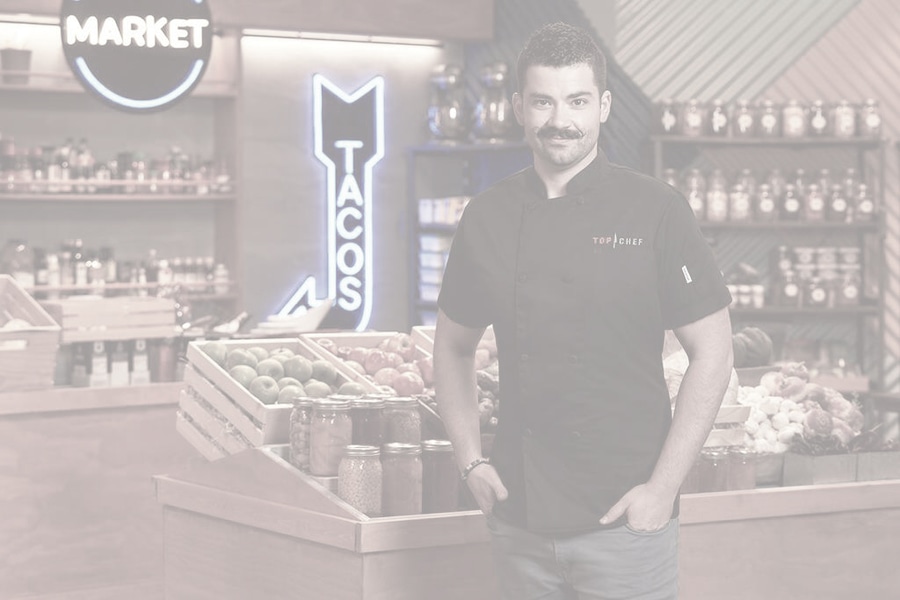 ELIMINATED WEEK 1: Joe was eliminated for his overly complicated, soggy flatbread that none of the judges liked. 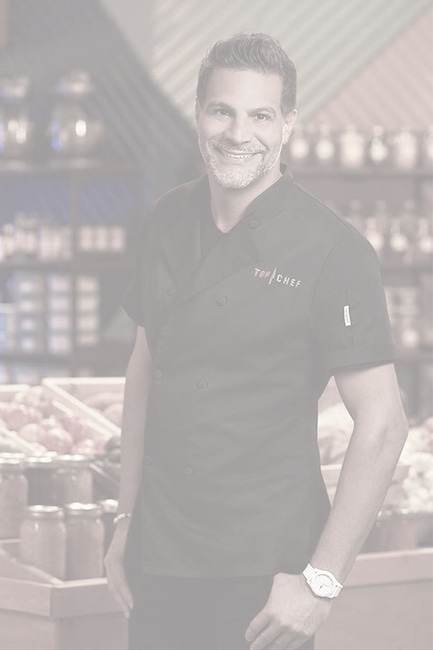 ELIMINATED WEEK 2: Angelo was eliminated for his overly sweet soup, whose flavors never really came together.

Angelo was in season seven and the All Stars season eight. 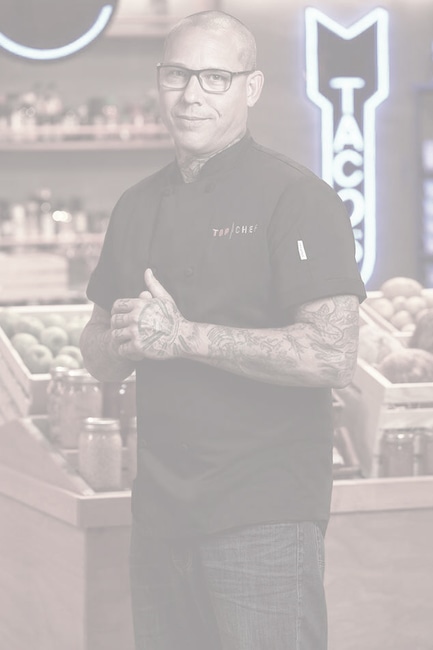 ELIMINATED WEEK 3: Jamie was sent home for technique that did not make the cut after he forgot to add his au jus to his dish.

Jamie competed in the Charleston-set season 14. 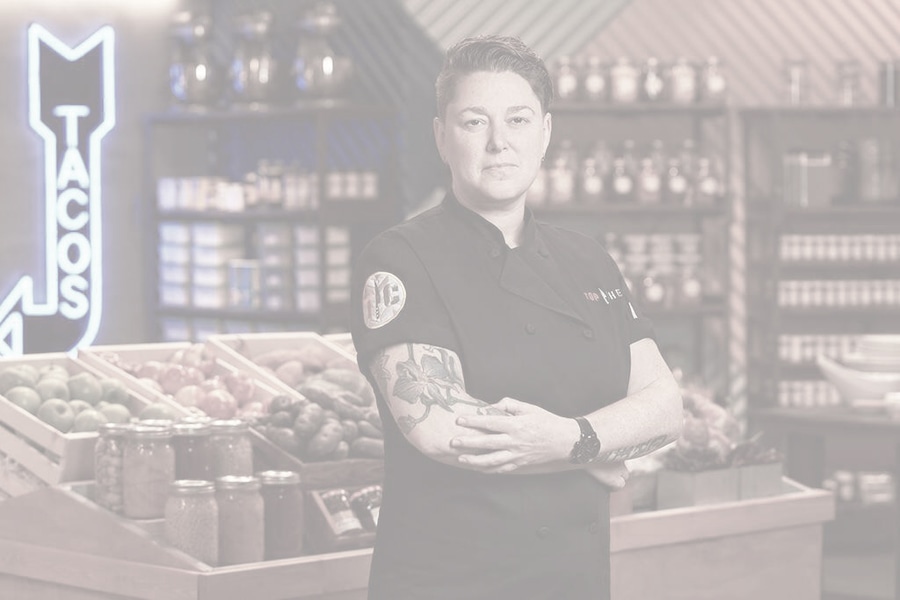 Lisa was a contestant on season four, the Chicago-set season 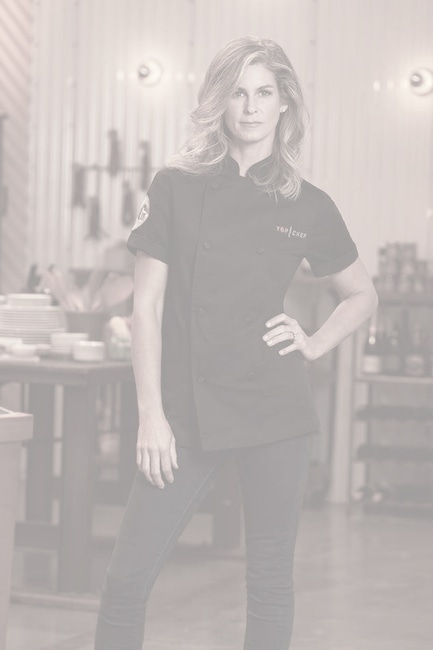 ELIMINATED WEEK 5: Jen’s lemon ginger sauce was not bright and sunny and was a weird texture, per Tom.

Jennifer Caroll was originally on season six, returned for the season eight All Stars season and in Last Chance Kitchen season seven. 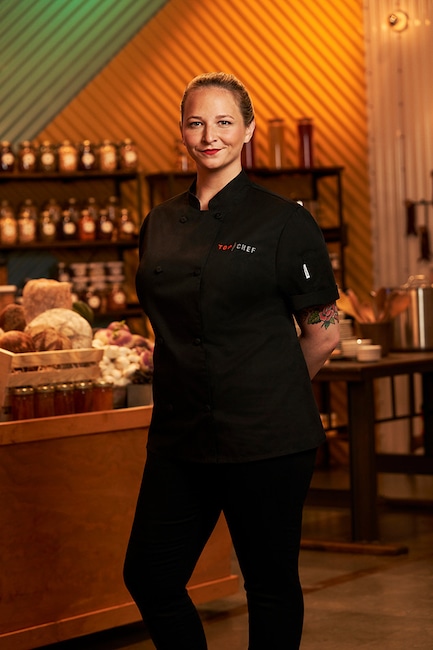 Stephanie was in New Orleans for season 11. 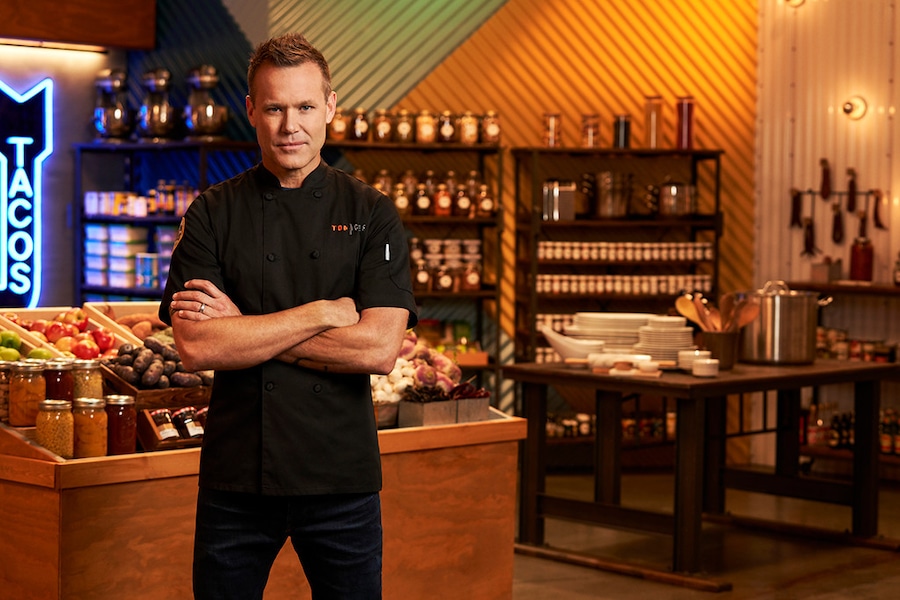 Brian was an early competitor on the show from season three. 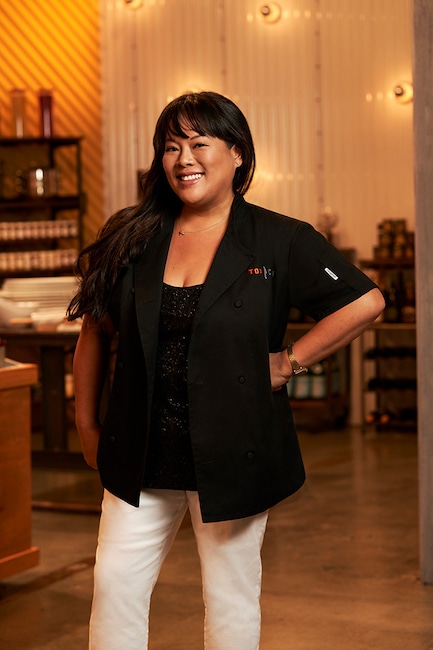 Lee Anne was a contestant on season one and came back in Last Chance Kitchen season seven. 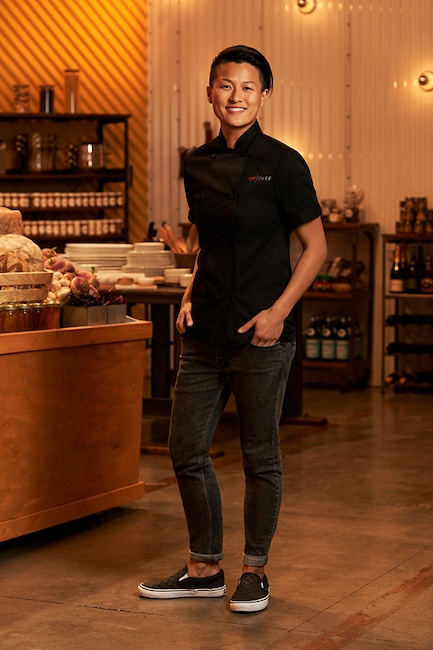 Melissa was on season 12 in Boston. 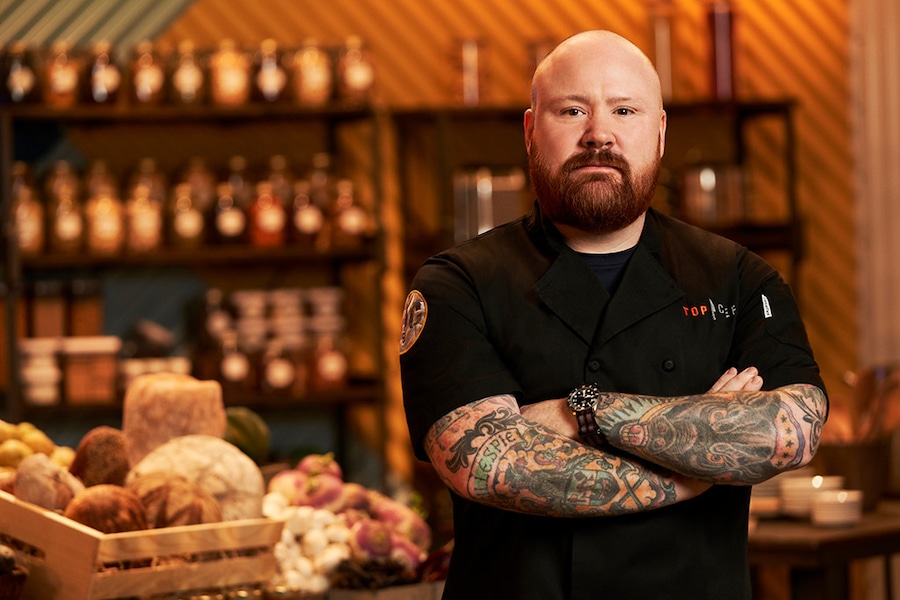 Kevin is a veteran of season six in Las Vegas. 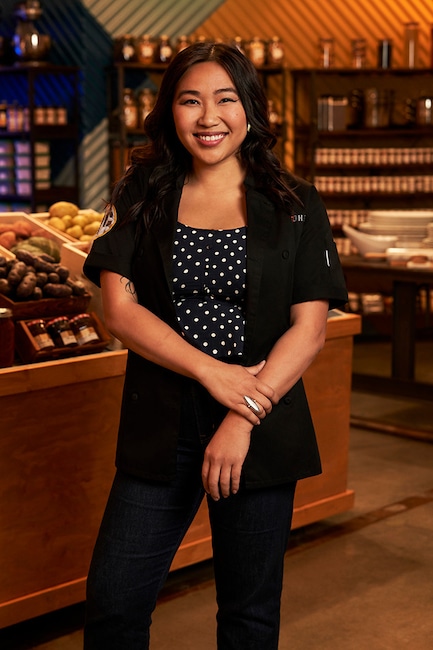 Nini is a veteran of season 16. 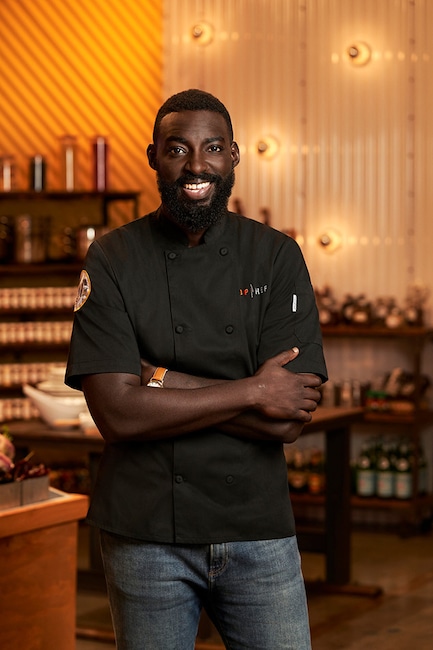 Eric competed in season 16 when the show was in Kentucky. 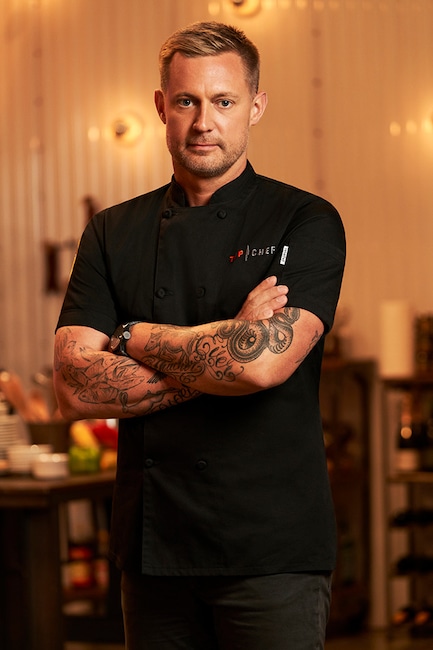 Bryan competed in season six of the show. 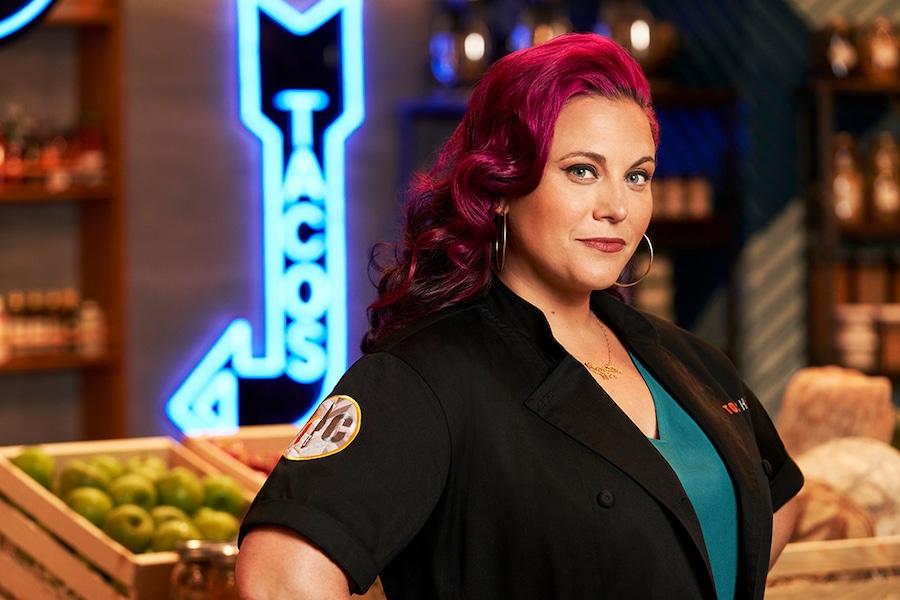 Karen was on season 13 of Top Chef. 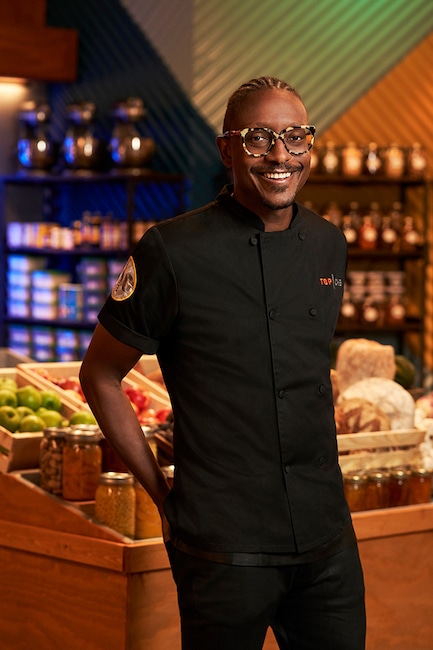 Viewers will recognize Gregory from season 12, the Boston-set season.

Check back here each week to see the latest elimination news!

(E! and Bravo are both part of the NBCUniversal family)