Popular Melbourne chef, Robbie Bell, has shared the ‘best kitchen hack he’s ever been shown’ that fixes tangled aluminium foil in a matter of seconds.

Robbie expressed his frustration with alfoil often knotting up while he’s in the kitchen and many who viewed his video echoed the sentiment.

But fellow top chef Shaun Hurrel came to the rescue with a brilliant hack that gets rid of the extra layers and makes the alfoil look brand new.

Robbie first tears off a bit of extra foil and scrunches it up into a ball; he then rubs the ball on the overlapped layers of foil on the tube until they fall away. 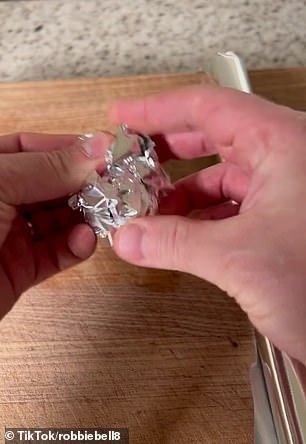 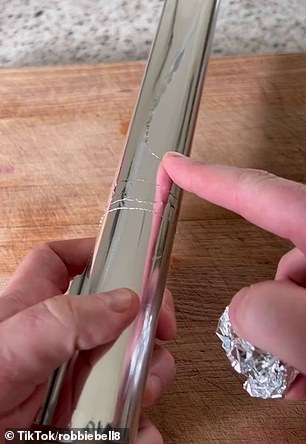 Popular Melbourne chef, Robbie Bell, has taken the internet by storm after revealing the ‘best kitchen hack he’s ever been shown’ that fixes tangled aluminium foil in a matter of seconds

‘You can then just unroll the tin foil as if it were brand new,’ he said satisfied.

His video was viewed over 3.2 million times received thousands of likes and comments.

Amateur cooks couldn’t believe how easy their dilemma was to solve – and many admitted to struggling with aluminium foil for years.

‘This has done my head in for years,’ added another. ‘Absolutely brilliant.’ 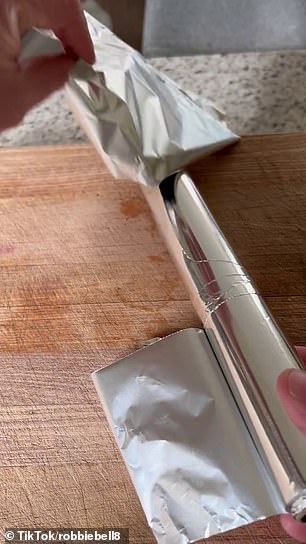 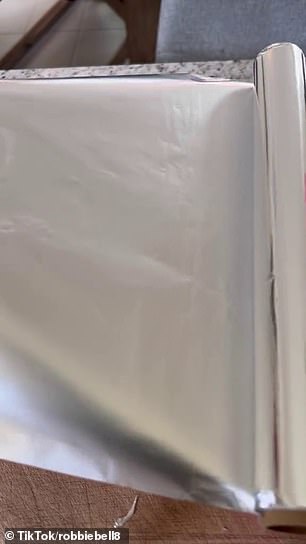 But others were not impressed with many claiming the ‘hack’ creates too much waste and encourages recklessness.

‘If you do this half the time you end up wasting almost half the roll,’ said a disgruntled commenter.

‘Most of these hacks cause me to throw the whole roll out,’ added another. ‘So useless.’

‘Just tried this and it didn’t work. I’m so frustrated.’

While some claimed they’ve never struggled with the problem at all.

‘I’ve never experienced that ever,’ said one woman. ‘But that’s probably because I don’t buy cheap tin foil.’