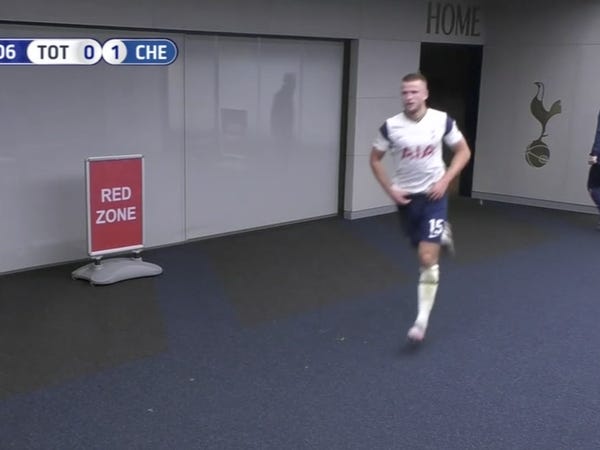 Eric Dier had a mid-match emergency on Tuesday.

In desperate need of a bathroom break, the Tottenham defender ran off the field around the 70th minute of their match against Chelsea in the Carabao Cup. Already trailing 0-1 and playing a man down momentarily, Spurs nearly gave up a second goal while Dier was off the pitch.

Thankfully for Tottenham, Chelsea's shot went high over the net, but manager Jose Mourinho wasn't taking any chances, telling his team to slow things down and then marching back into the locker room to track down his missing defender.

On Twitter, fans had a field day with Dier's trip to the loo.

Dier would get the chance to make up for his mistake later in the match. Tottenham drew level with a goal from Erik Lamela in the 83rd minute, and after full time, the match went to penalty kicks.

Dier stepped up to the spot for Tottenham first. He flushed it.

Tottenham would go on to win the shootout 5-4 to secure a spot in the quarterfinal after Chelsea's Mason Mount missed the final kick of the match. Immediately after the miss, Dier rushed over to comfort Mount before celebrating with his teammates.

Let's hope he washed his hands.