Chella Man opened up about what needs to be done to make the world a safe space for the LGBTQIA+ community.

Chella Man has broken numerous barriers in media as a transgender, deaf, genderqueer, and Jewish person of color, however, as he puts it, he is just one of many voices in the conversation. “Sharing my story was just a way for me to be another story, but I’ve never intended my story to be the only one,  because no one has that right — you can’t generalize communities that way,” he told HollywoodLife in an EXCLUSIVE interview. “I’ve definitely been nervous before about sharing such vulnerable points myself, whether that be my body, or my emotions, my thoughts. And it’s taught me a lot about boundaries… I wouldn’t take anything that I’ve shared back, because there really is not enough dialogue about a lot of queer, disabled BIPOC issues across the board. So I feel honored to be able to add that.”

Chella, who portrayed mute superhero Jericho in the second season of the DC Universe series Titans, also spoke to the next steps in guaranteeing ongoing acceptance and equality for the LGBTQIA+ community. “Progress starts with every individual person and that means shifting and unlearning the social and cultural barriers of homophobia and ableism and racism in your circle. And what does that look like for you? Not worrying so much as a general public as the world or how can we progress — more so, what can you do right now for you, because that’s what we have the most control over,” he explained. 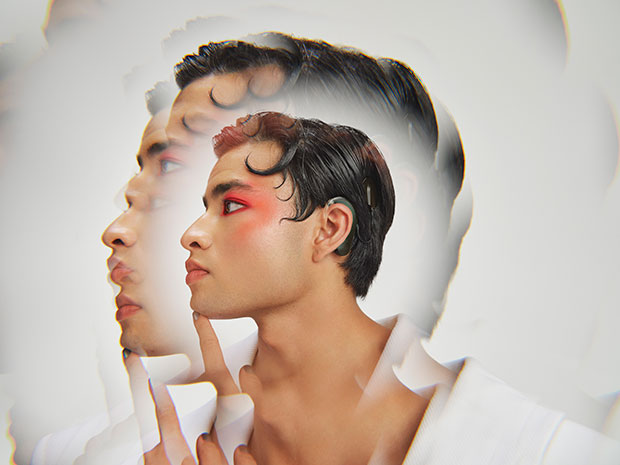 The 22-year-old activist continued to add to the conversation about his experience in Verizon Media’s Gen Z video platform, In The Know’s inaugural Digital Covers. Posing alongside Pose star Mj Rodriguez, Chella gushed over his fellow LGBTQIA+ icon and working with her on the project. “There’s literally a photo of us where I’m just like, gazing up at her — that sums up everything,” Chella laughed. “It was blast. Especially just to share that space with her and be in conversation — I was honored.”

In a celebration of pride, equality and love, the In The Know covers created a space for Chella and MJ to have an “instant connection” that seems to have been the start of a lifelong friendship. “Her acting, her ability to connect, but also who she is, and her spirit — she is so authentic and real,” he continued. “I admire what she adds to conversation, what she brings to the table, and how vulnerable she is and how multifaceted she is.”