Mother of transgender girl, 12, reveals she’s desperate to start hormones so she can develop breasts – but admits her daughter’s desire to transition was a complete ‘surprise’

A transgender child who started transitioning from male to female two years ago is desperate to start hormones so she can develop breasts like other girls.

Zoey Villa, 12, admitted to her mother, Sally Homer, 44, from New York, that she wanted to be a girl two years ago when the mother-of-three noticed she was using a female avatar while playing on her Xbox.

Within weeks of coming out to her mother, and being met with full acceptance, Zoey became more confident wearing dresses and feminine clothes, and just three months later decided to change her name and started using female pronouns.

But now after starting hormone blockers to pause her puberty last year, the single mother says her youngest daughter wants to start oestrogen and develop breasts like her female peers.

Even though she won’t be able to take said hormones until she is 14, Zoey can count on the support of her mother through it all.

Zoey Villa, 12, from New York, started transitioning when she was ten and now wants to start taking ostrogen hormones to develop like other teenage girls (right). Left: Zoey in her younger years before she started to transition 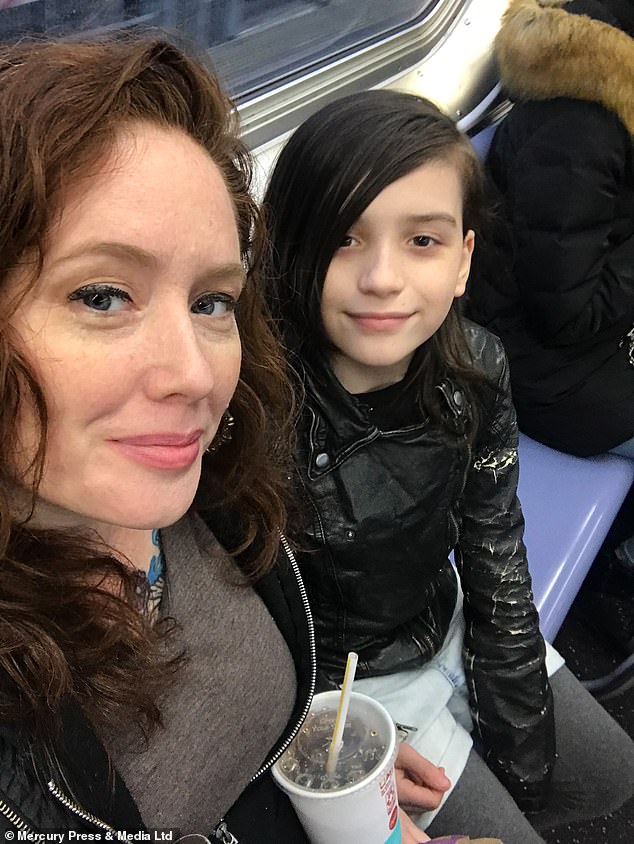 Sally, from New York, said: ‘She can’t wait to start hormones and begin her journey to become the woman she feels she is meant to be.

‘She wants breasts and for her body to develop just like any other teenager her age.

‘She definitely wants bottom surgery too, but that won’t even be a consideration until she is at least 18. At the moment we are taking each thing one step at a time, and her doctor won’t allow her to start female hormones until she’s 14.

‘I think gender identity is a spectrum and when it comes to my daughter, she is so unwavering in who she is and wants to be, she’s already saying “just cut it off”.’ 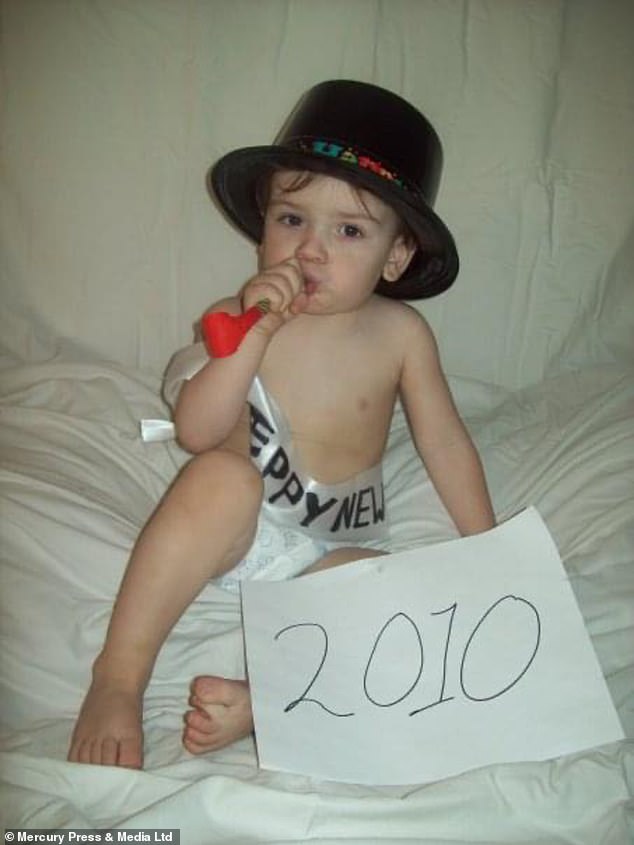 Zoey as a baby celebrating New Year’s Eve in 2010 with her mother. Sally has aleays been supportive of her child 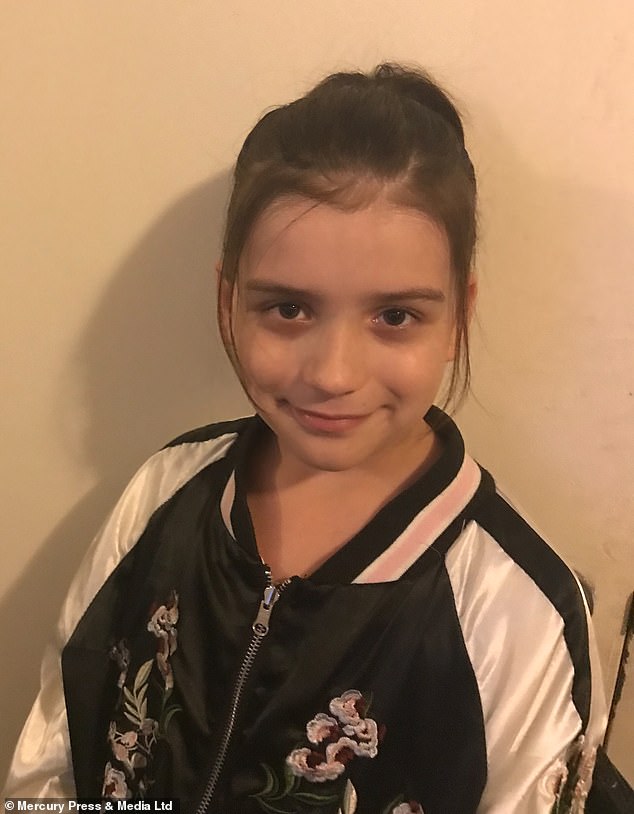 Zoey started to take puberty blockers last year, when she was 11, after announcing to her mother she wanted to transition in 2018 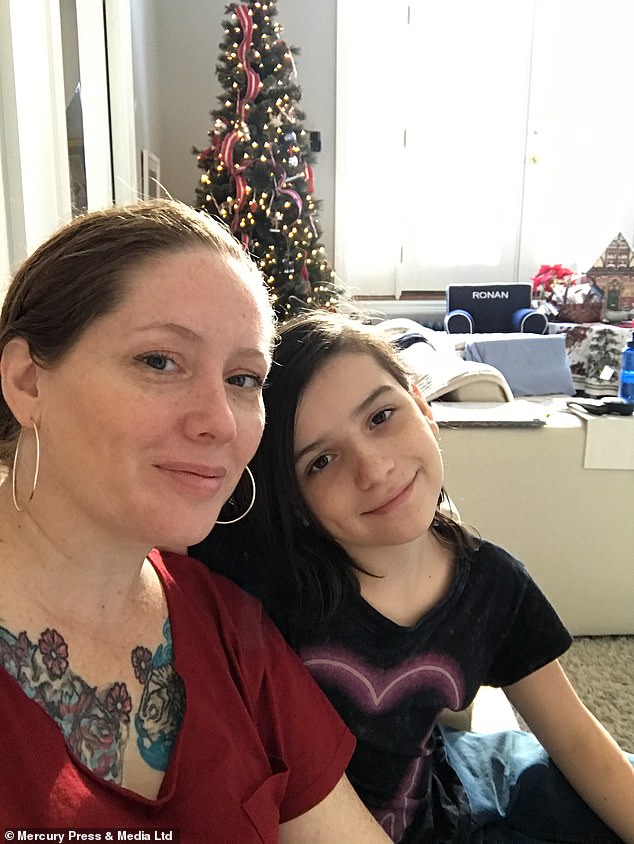 After coming out to her mother aged 11, Zoey’s confidence soared when Sally helped to style her hair and started revamping her wardrobe to express her femininity.

But despite immediately accepting her daughter’s wishes, artist Sally admitted she was stunned by the revelation and never saw it coming.

She said: ‘I was completely surprised, I did not see it coming at all.

‘There were little signs like when she was two she put on a pair of my heels and started walking around, but what child doesn’t do that?

‘When she was four she spotted a pearly pink pair of rain boots in a shop window but I just thought they caught her attention because they were so bright. 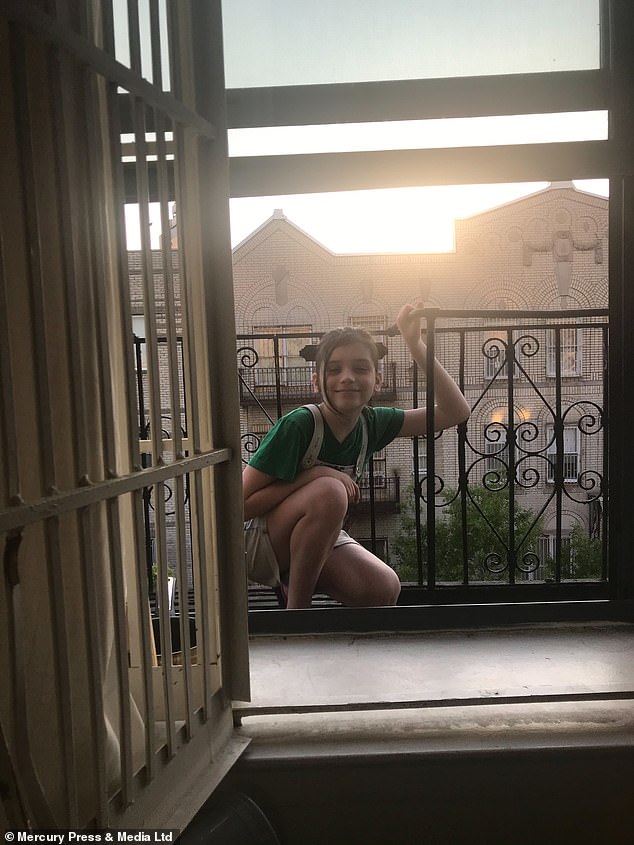 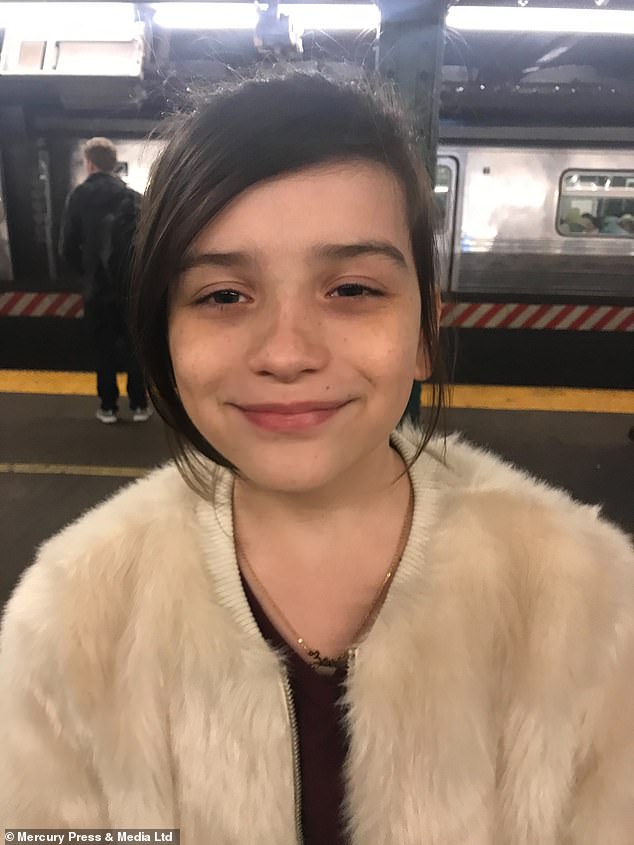 The 12-year-old has to wait until she is 14 to start hormone therapy, and will have to wait even longer to go through any type of surgery

‘She has always been into traditionally masculine toys like trains and cars and still is, and she loves playing zombie games on her Xbox and with Nerf guns.

‘One day I noticed that she kept using a female avatar to play a video game so I asked her about it and she replied “I want to be a girl”.

‘I’ve always been a huge advocate of trans rights anyway so I asked some more questions, but was careful not to be or sound judgmental and she opened up to me.

‘A few weeks later I styled her first ponytail and we bought her first pretty female jacket which had beautiful embroidered flowers on.

‘She became so much more confident, and as more people began accepting her she became more empowered to go out as her true self and wear things like dresses.’

Although Zoey’s friends have been very accepting of her new identity, Sally admits that her own family have struggled to embrace the change in the same way. 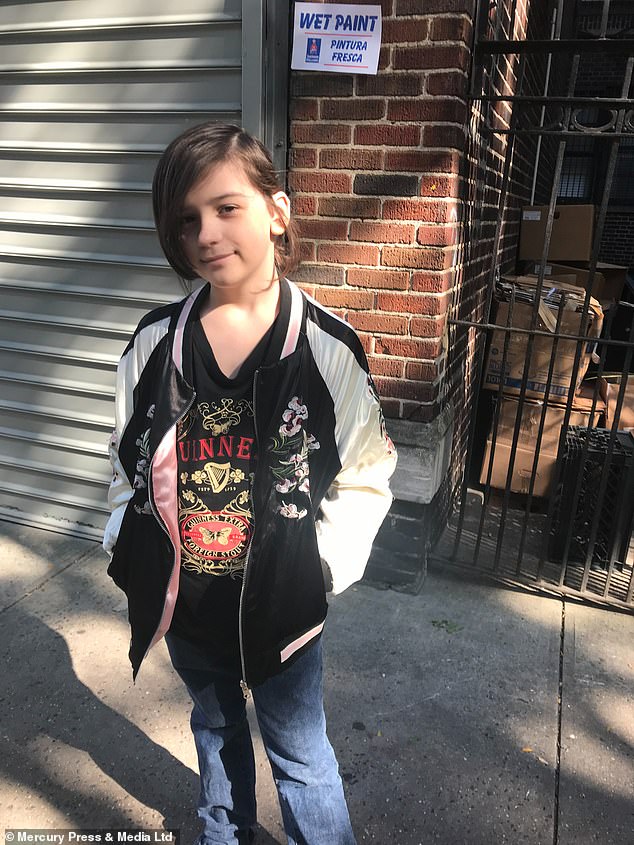 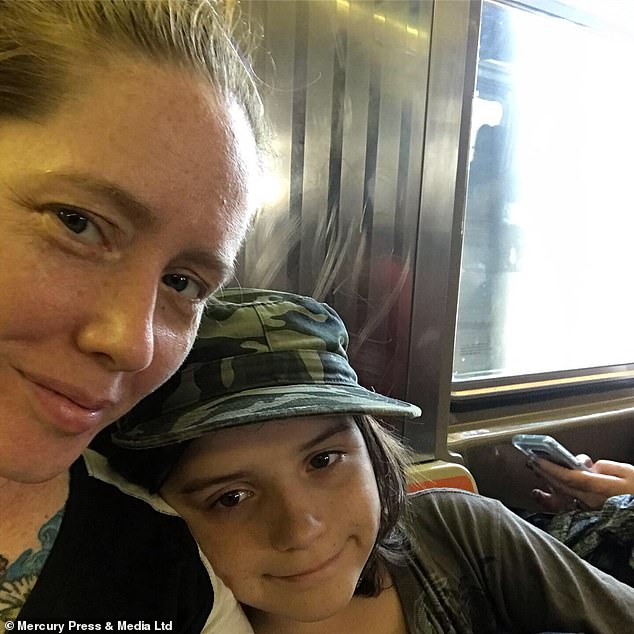 While not all of Zoey’s family have been accepting of her new identity, her grand-parents are learning to move forward

But determined to show her daughter that she can follow any path she chooses, Sally insists she will follow her daughters lead and let her make her own decisions about her body.

She said: ‘My mother took some time to come around, but she did.

‘My father has yet to “deal” with it, my boyfriend accepts her but doesn’t “understand” and other family member’s first inclination was that it was “attention seeking”.

‘My adult son refuses to call Zoey by her new name and can’t get over his “brother wanting this”, consistently blaming me as if I’m forcing this on “him”.

‘I believe this journey is hers to take and as is the job of any parent, I support and encourage her to be her best self.

‘She is a great kid and I’m incredibly proud of her and happy that she has all the support she needs to be the person she wants to be.’ 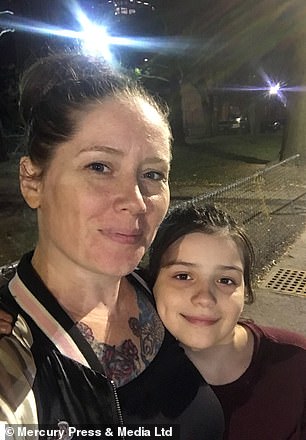 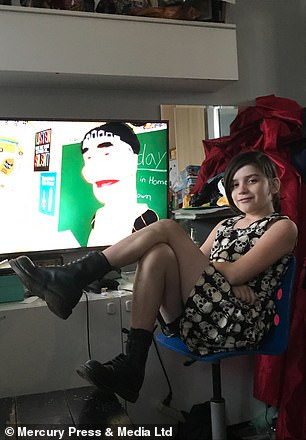 Sally (left) has always been supportive of Zoey, (left and in a dress, right) even though it took the rest of the family some time to catch up 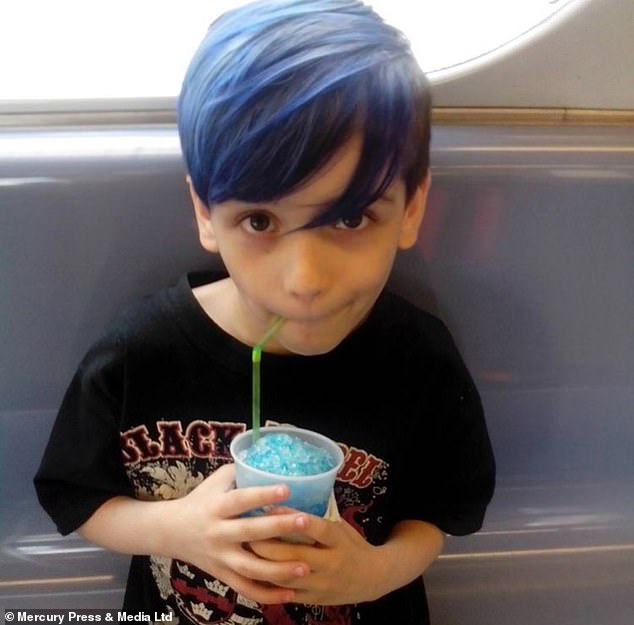 Zoey before her transition. Sally said she had an inkling her child was interested in feminine things from a young age 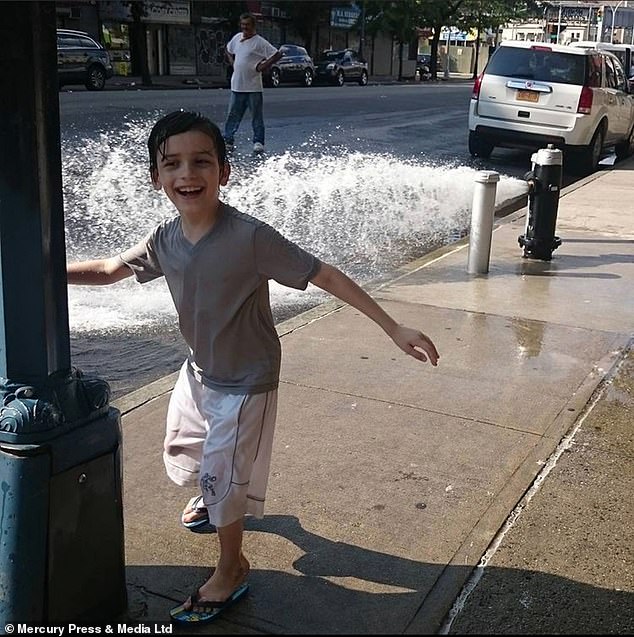 Zoey before. Sally said she was proud of her child and that Zoey had been more empowered thanks to her acceptance 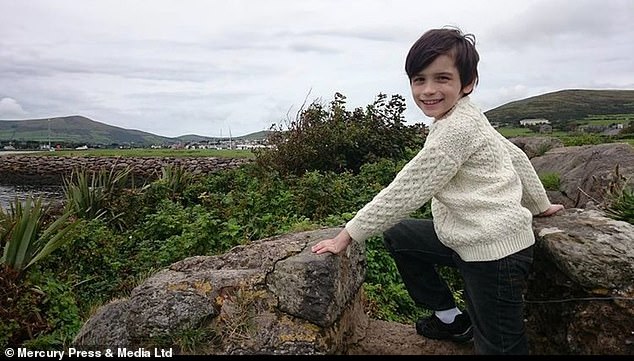 Zoey before. Sally, a mother-of-three, said she believed gender was a spectrum, and said Zoey was growing more confident and was totally happy with who she was