Trey Lance on NFL Draft uncertainty: 'I have the potential to be the best quarterback in this class' 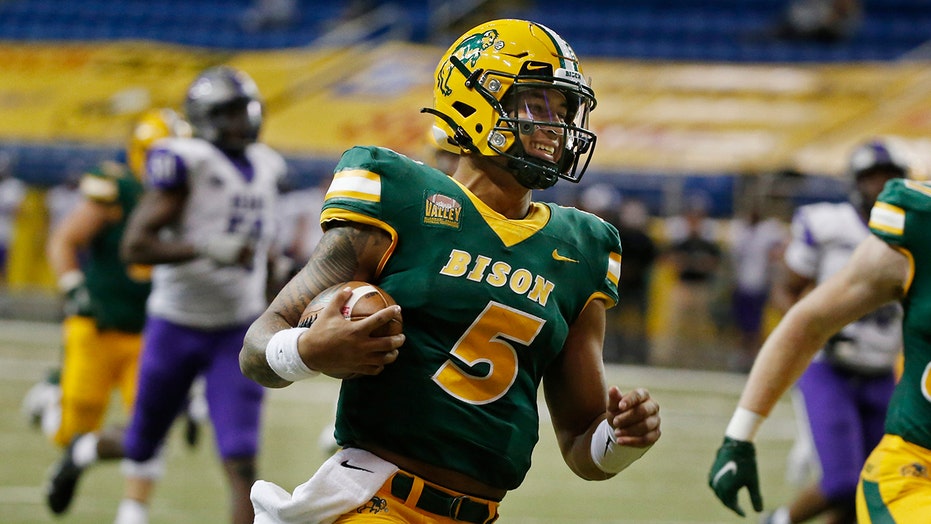 This year’s NFL Draft, aside from the top two picks, is filled with a ton of speculation and that’s especially true for former North Dakota State quarterback Trey Lance who could find himself either a top-five pick or slide to somewhere in the middle.

While the analyst say it‘s a toss-up, Lance told the NFL Network’s “Good Morning Football” on Tuesday that he believes he has the potential to be the “best” signal-caller in this year’s draft class.

“I’m confident in myself, and I believe in myself,” he said. “I think I have the potential to be the best quarterback in this class. I understand obviously there’s gonna be a lot of learning to do, and I think, like I said, just as far as this quarterback class, I want them all to do well. I’m excited to see what they do and rooting for them all the same.”

The San Francisco 49ers acquired the No.3 pick and could certainly go with a quarterback, although nothing is certain about that either. If they do decide to go that route, Ohio State’s Justin Fields will likely go before Lance.

If the Atlanta Falcons stick with Matt Ryan and instead look to beef up their offensive line, Lance could drop even further but no one of that seems to worry him.

“I’m excited. I’m super excited,” he said. “I don’t know where I’m gonna be at. Obviously, I’ve watched a ton of tape, 49ers, Falcons, whatever it is, football, in general. But like I said, I’m excited to find out where I’m going to be. I think I’m going to be able to learn any offense that I’m put into, any system I’m put into, and find a way to be successful. I’m just looking forward to it. Don’t know where it’s gonna be. I’m wishing I knew just as much as you guys if not more. But I’m looking forward to it coming up soon.”

Lance led the Bisons to the FCS title as a redshirted freshman after 16 straight wins where he totaled 2,786 passing yards, 28 touchdowns, and zero interceptions. The following season he would only play one game after the pandemic suspended their season — something critics say shows he has little experience.