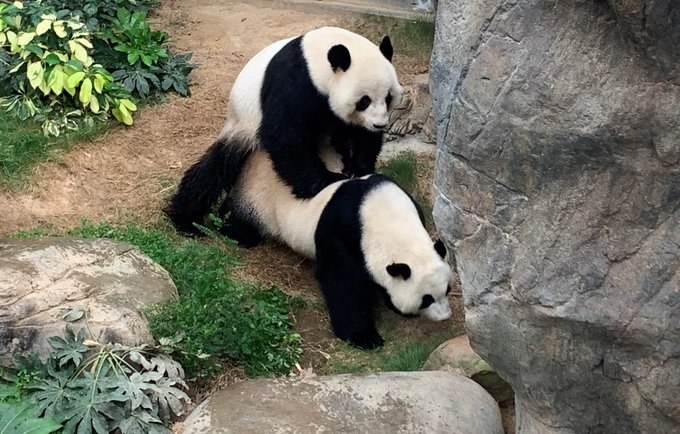 Two giant pandas at a Hong Kong zoo mated successfully on Monday for the first time in almost 10 years together at the park.

Staff at the Ocean Park theme park and zoo announced female Ying Ying and male Le Le, both 14, finally sealed the deal around 9 a.m. local time after showing signs that they had entered their hormonal estrous cycle, or mating cycle, in late March.

Giant pandas are notoriously bad at breeding, at least in captivity, so news of the bonking bears had staff thrilled.

“Since Ying Ying and Le Le’s arrival in Hong Kong in 2007 and attempts at natural mating since 2010, they unfortunately have yet to succeed until this year upon years of trial and learning,” said Michael Boos, executive director of zoological operation and conservation. “The successful natural mating process today is extremely exciting for all of us, as the chance of pregnancy via natural mating is higher than by artificial insemination.”

Images released by the park, which has been empty of visitors since Jan. 26 due to the coronavirus outbreak, showed the black-and-white beaus embracing and doing the deed. 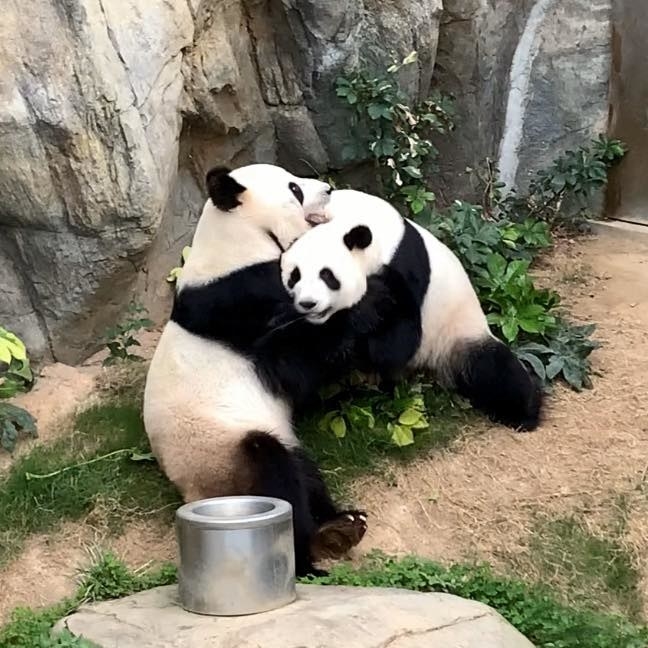 Zoo staff noticed that last month that Ying Ying had began spending more time in the water, while Le Le was leaving scent markings around his habitat as he looked for his panda paramour — both apparently signs that the bears were feeling a little more randy than usual.

Vets at the zoo have been monitoring the pair closely and will continue to do so in the hopes that Ying Ying is expecting.

“If successful, signs of pregnancy, including hormonal level fluctuations and behavioral changes may be observed as early as late June, though there is always a chance that Ying Ying could experience a pseudo-pregnancy,” said Boos.

“We hope to bear wonderful pregnancy news to Hong Kongers this year,” he added, “and make further contributions to the conservation of this vulnerable species.”

According to the zoo, a panda’s gestation period ranges between 72-324 days, but the pregnancy can only be detected by an ultrasound about two weeks before birth.

Reacting to the news, people on social media were both happy for the bears — and jealous.

Panda numbers are slowly increasing in the wild. In 2016, the International Union for Conservation of Nature shifted giant pandas from their endangered category to being listed as vulnerable due to a 17% rise in the number of pandas between 2004 and 2014.