The Mountain locked horns with Kiwi early this morning at UFC Vegas 27, which was held at the promotion's Apex facility. 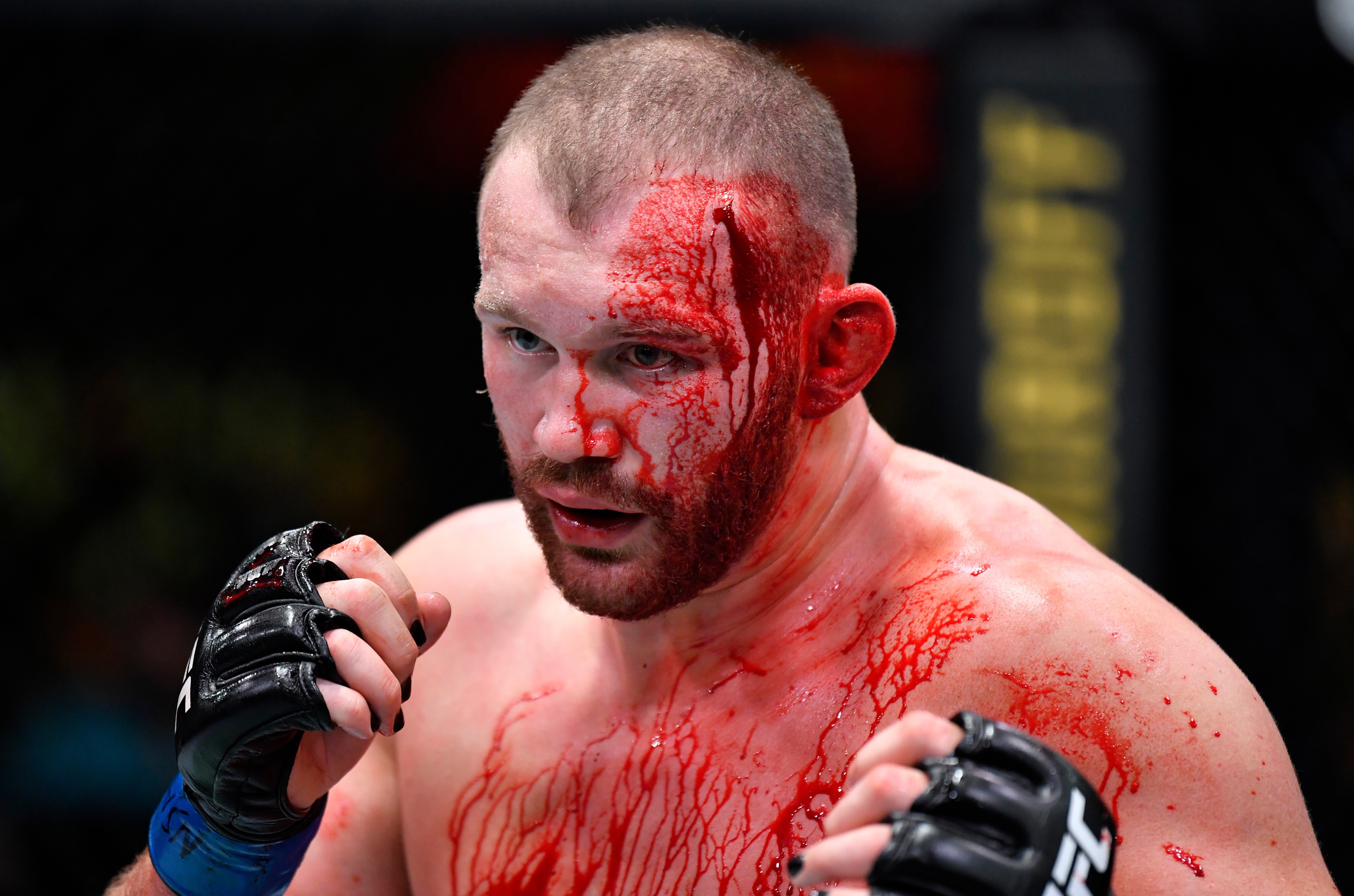 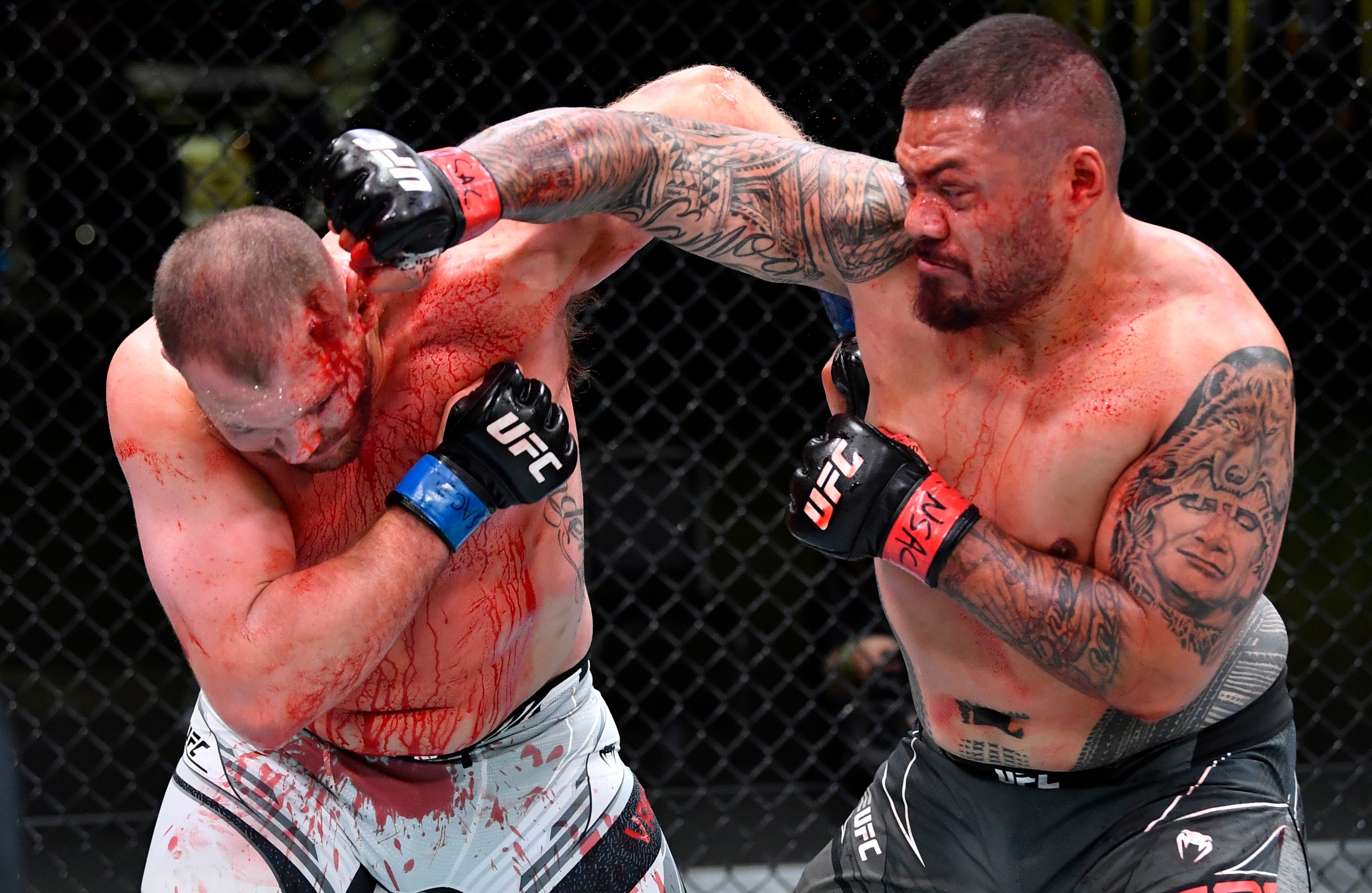 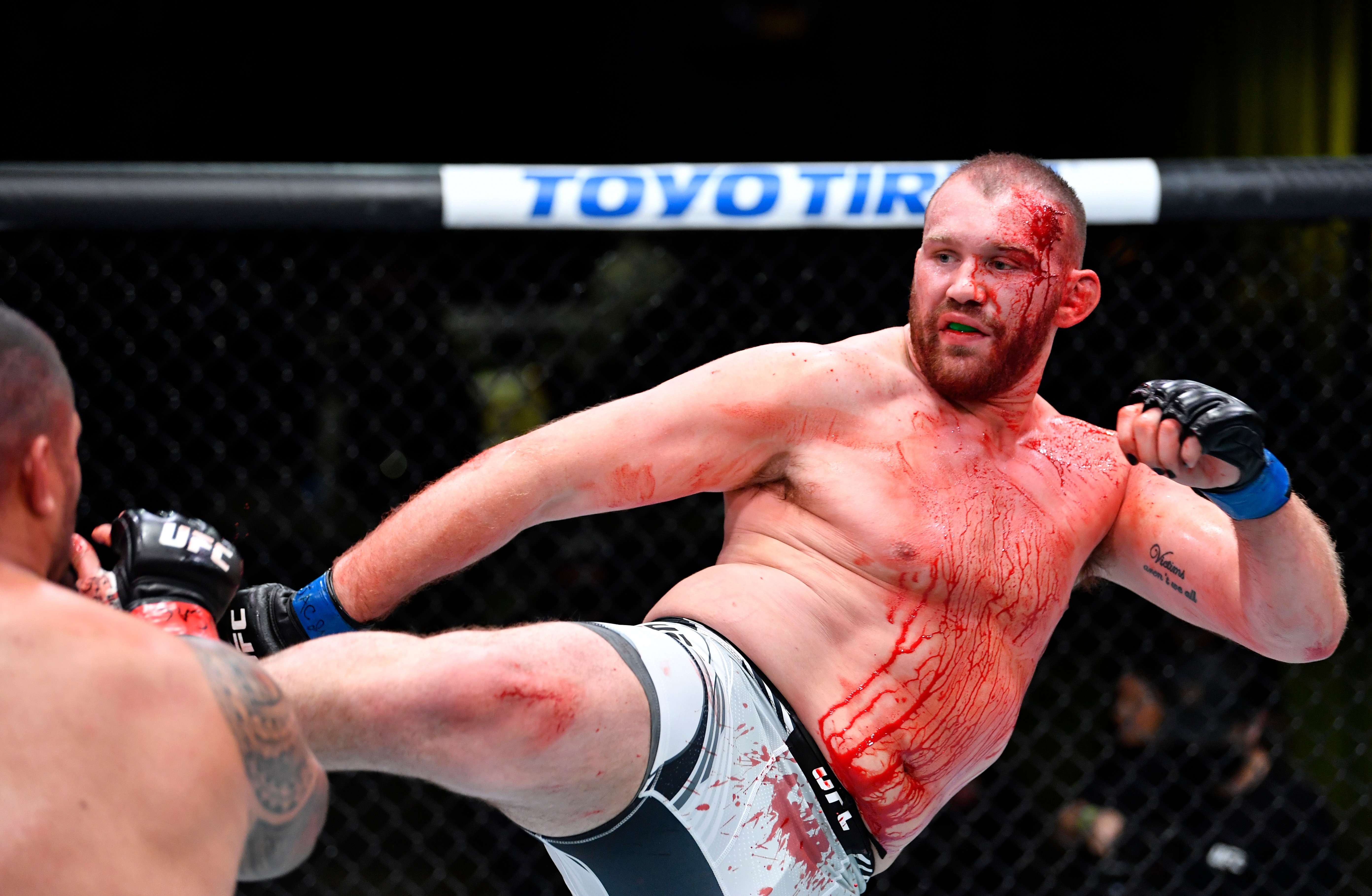 And their clash well and truly lived up to its billing, with the pair going for broke from the get-go.

Vanderaa ended up getting the nod courtesy of a unanimous decision victory, with the judges scoring the contest 30-27, 30-27 and 29-28 in his favour.

But the Team Quest standout was the one left looking worse for wear after the final horn, with his face and body crimson red courtesy of a gash on the left side of his head.

UFC fans across the world were in awe of the amount of blood coming from Vanderaa's forehead.

One said: "Jared Vanderaa looks like he spilled a big cup of Cherry Kool-Aid all over himself. That’s a lot of damn blood."

Another said: "Damn… Jared Vanderaa looks like a living zombie right now with that much loss of blood from that big cut in his head." 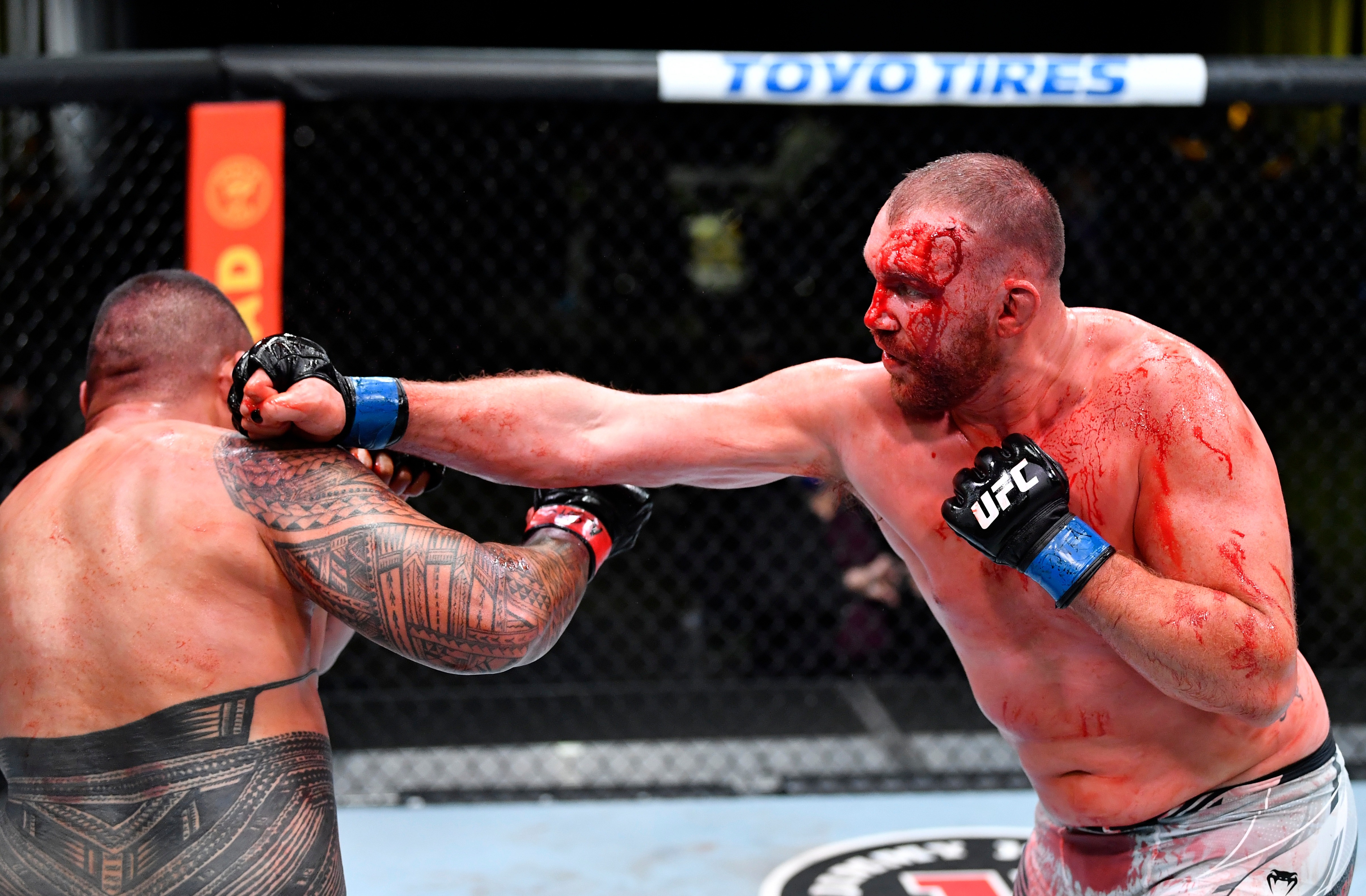 And another said: "How much blood is in the human body? Asking for Jared Vanderaa."

One remarked: "Blood and black painted nails Jared Vanderaa might be my new fav heavyweight."

UFC chief Dana White was blown away by the bout, so much so he tipped it to win the 'Fight of the Night' award midway through the card.

Alongside a picture of a bloodied Vanderaa, he wrote on Instagram: "I got this fight as Fight of the Night so far. What do you guys think?"

Vanderaa and Tafa ended up banking a £36,000 bonuses for their respective efforts. 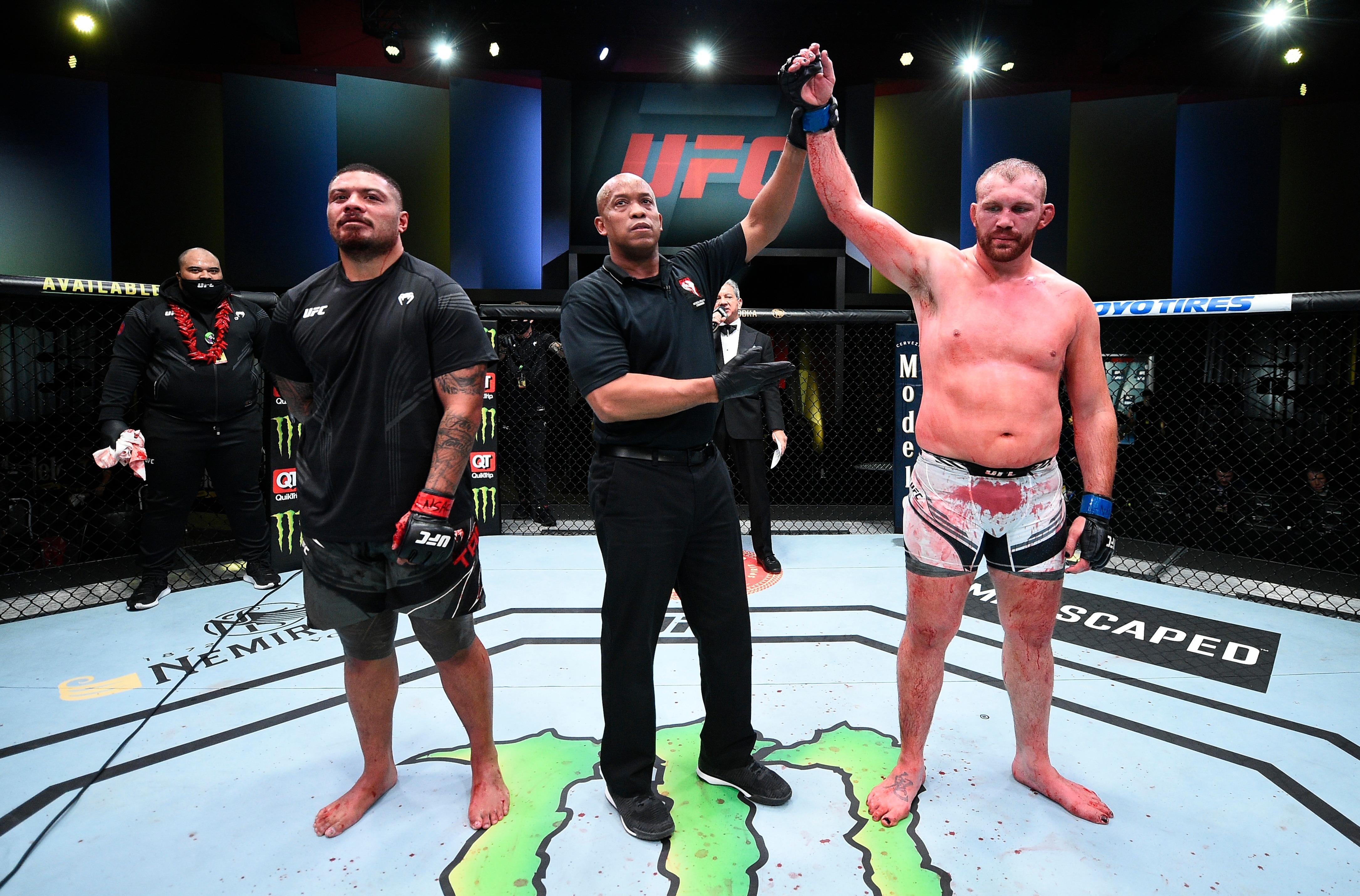 Vanderaa, 29, was over the moon to have picked up his first win inside the octagon but wasn't happy with his night's work.

In his post-fight interview, he said: "There are definitely things that I know I’m going to easily work on, that’s my wrestling and some more, because that was a standup fight.

"I grabbed a leg, that was the extent of my wrestling. I had a headlock and knee, but I want to make sure that in my next fight I have the ability to take him down when I need to. That’s definitely one thing I’m taking out of this fight.

"I want to see how my head movement was, how straight my punches looked. I knew I threw some naked kicks in there, which I’m a little ashamed of, but luckily they landed without any repercussions.

"I knew he was a kickboxer, I knew he was going to have that cardio for it, so I kind of hoped to get him to the ground to see if I could wear out his cardio in the grappling section, but he is big.

"I couldn’t get enough grip on the leg to take him down, but again that’s something I’m going to work on so it doesn’t happen again.

"I honestly think the help from the PI, from nutrition to the sports psychology and to strength and conditioning, have been a big help to me.

"I can’t wait to use them again in upcoming weeks and months. Even though I’m going to try to take a mental break from the sport, I’m still going to use them. I have great coaches that are going to help and work together."