A Twitter video first posted on Tuesday, February 9, captured an indistinguishable object at high altitude with light emitting in one direction. An unidentified man’s voice is heard in the clip saying: “It’s a UFO.”

Self-proclaimed UFO expert Scott Waring weighed-in with his opinion on his blog UFOSightingsDaily.

Absolute proof UFOs can cloak, right in front of our own eyes and totally get away with it

Without offering any compelling evidence for his view, he claims the dramatic incident is “absolute proof “ of alien technology observing Earth.

He said: “Now here is something you don’t see every day. In Florida, a man and woman were driving down West Palm Beach when they noticed a white cone in the sky with a shiny object moving around it.

“The small object is a single engine plane that happened to be in the area and got curious about this huge white cone in the sky. 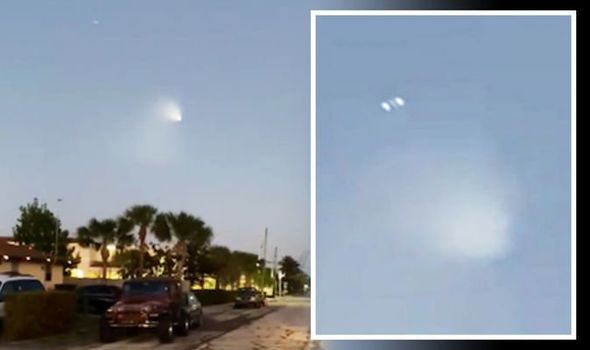 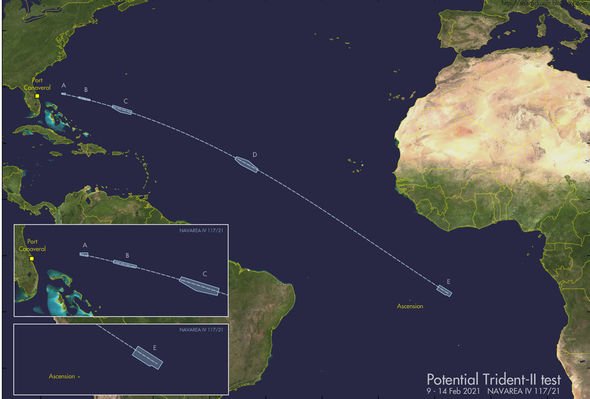 “The white cone begins to fade and the shiny object which has wings and a light at each wingtip, seems to be investigating the white cone.

“But the white cone quickly fades more and more as if it were a UFO cloaking to hide itself.

“This is a common practice of UFOs that believe they are going unnoticed, but when they realise they were wrong and that someone was watching them on the ground, they cloak.

“Looks like the object becoming more and more transparent until it’s totally gone. 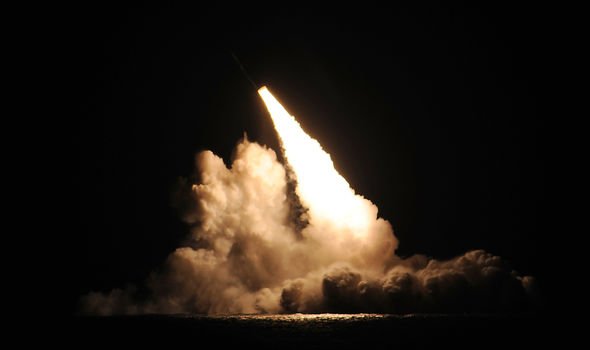 “Absolute proof UFOs can cloak, right in front of our own eyes and totally get away with it.”

However, shortly after the Florida footage was circulated online, US meteorologist Zach Covey reported the real reason for the mysterious sighting.

Mr Covey tweeted: “No that’s not a UFO. It was a Trident-II SLBM Missile Test from a submarine off the coast of Florida.

“This missile test had been scheduled for the past few days and we just so happened to catch it tonight.”

The Federation of American Scientists describes the Trident-II as “a three-stage, solid propellant, inertially guided (Fleet Ballistic Missile) with a range of more than 4,000 nautical miles.”

The next day the CBS News hurricane specialist provided a map detailing the exact path of the #Trident-II SLBM test.

However, this seemingly failed to deter Mr Waring from suggesting an extraterrestrial civilisation was responsible. 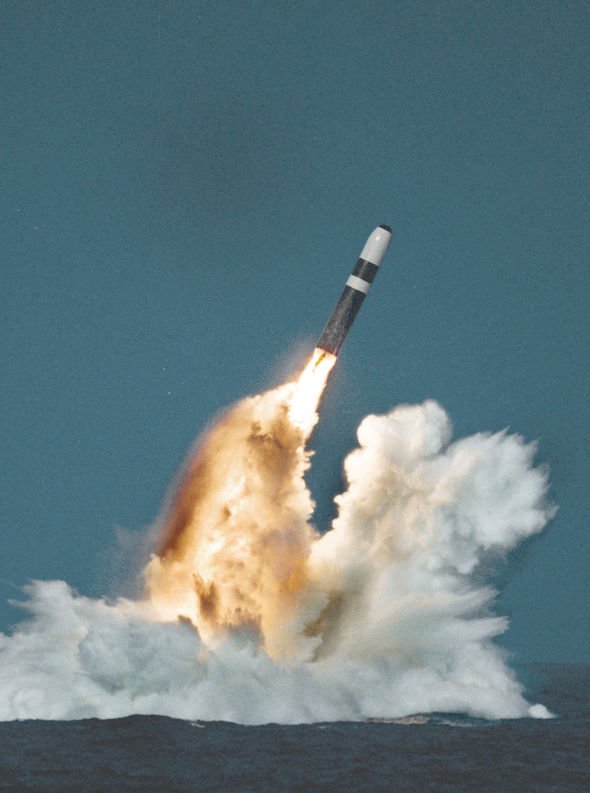 He wrote in an update: “US news reports this as a military test missile from a submarine.

“But this seems to be a cover up, since it came so close to being over Florida risking millions of lives.

“Either the US is preparing for nuclear war with China and Russia or this was a UFO. I believe it to be the latter.”