ABBA perform Waterloo at Eurovision after win in 1974

Despite Abba celebrating a great British military victory in their song Waterloo, Björn believes they were given “nul points” because Brits wanted their own entrant Olivia Newton-John to win. Her track Long Live Love would have given Britain its third victory.

Björn told the BBC: “It’s strange that they would give us zero points. It sounds like they were trying to do something cunning.”

At the 1974 contest – held in Brighton – Britain gave the largest share of its points to the Yugoslavia entry from Korni Grupa, which was sung entirely in Serbo-Croat.

If there was a pro-British plot it failed, as the Swedish quartet triumphed and Newton-John came fourth.

Björn added: “Frida [bandmate Anni-Frid Lyngstad] is good friends with Olivia. She says that Olivia knew we would win. 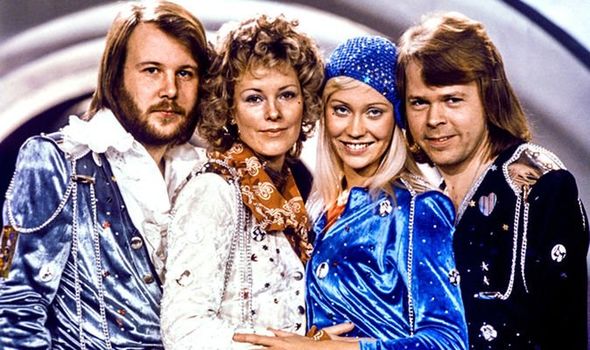 “We certainly talked that night but I don’t remember that, it was such chaos I hardly remember anything other than waking up the next day and finding myself and us being all over the globe suddenly.”

After winning with Sandie Shaw in 1967 and Lulu in 1969, Britain next came first in 1976 with Brotherhood of Man’s Save Your Kisses for Me.

The UK then took the top spot in 1981 with Bucks Fizz’s Making Your Mind Up and, most recently, in 1997 with the Katrina and the Waves track Love, Shine a Light.