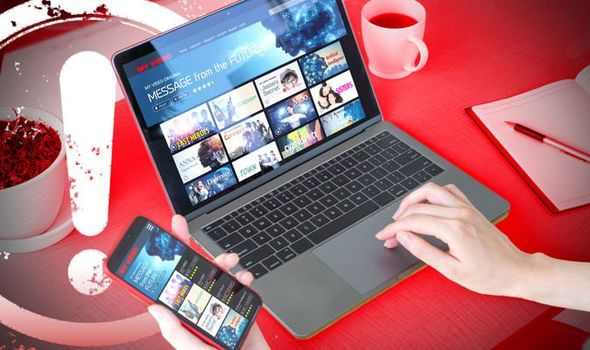 A new UK ban is now making it much harder to stream movies online. Last month Express.co.uk reported on a new block that had been confirmed by Sky broadband which was set to stop a number of popular websites being viewed in the UK. That ban has now come into full force with Virgin Media joining Sky in blocking access to sites including www9.0123movies.com, w5.123movie.cc., 123moviesfun.is and wvw1.123movies.net.

When trying to view these streaming platforms, users are now faced with a message which explains that the page is not available. Sky and Virgin Media are acting on a new ruling from the High Court which has asked Internet Service Providers (ISPs) to block users from visiting some sites.

Explaining more on its website, Sky said: “If the High Court agrees that copyright infringement has occurred on a website, the content owners can seek a court order which compels internet service providers like Sky to block access to those sites over their broadband networks.”

The request came from the Motion Picture Association (MPA) who are trying to stop premium content from being viewed for free. The MPA represents five of the biggest Hollywood studios, Disney, Paramount Pictures, Universal, Sony Pictures, Warner Bros, as well as Netflix. 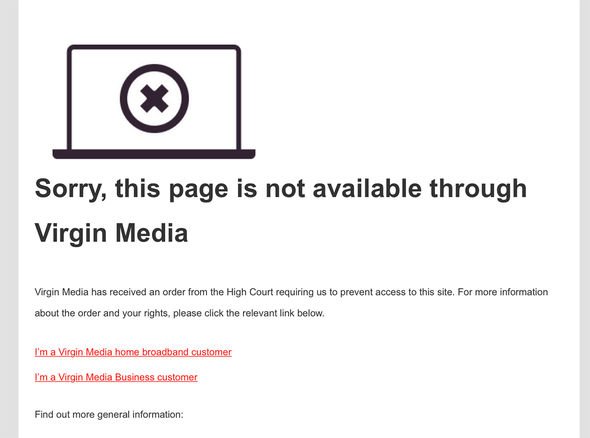 Illegal streaming: Expert warns ‘police will come after you’

Films hosted by the sites included in the latest court ruling are often illegal to watch but the fact you can view for free means they attract millions of users.

Speaking about the ban, an MPA spokesperson, said: “The MPA EMEA is continuing with site blocking across Europe. On February 5, the UK courts handed down the latest siteblocking order. As a result, several structurally infringing sites will be blocked. Site blocking is a legitimate and effective way of halting the spread of online piracy. Piracy affects everyone involved in the creative process – from the songwriters to authors and the makeup artists. It also adversely affects consumers, exposing them to malware, identity theft and fraud.

“Site blocking builds on years of work, and forms just one pillar of the MPA EMEA’s overall enforcement strategy. Online infringement is complex, and there is no single answer to addressing it. In addition to site blocking, the MPA EMEA supports a variety of educational campaigns that are designed to guard against copyright infringement, ensure the safety of young people online, protect users from damaging scams, and ultimately safeguard the sustainability of the creative sectors.”

It’s currently unclear when or if other ISPs will join Sky and Virgin but at the time of writing BT was still allowing access to these sites. That could change at any time with it expected that all ISPs will abide by the rules in the coming days and weeks.

This latest ban comes as YouTube fans will also soon find themselves blocked from a number of popular websites that enable them to download music videos, movie clips and more from YouTube.

These tough new bans are designed to stop users from downloading music from YouTube videos and listening offline without paying for the privilege. The block was originally sought by BPI, an association of record labels, with the High Court now agreeing to a ban being put in place.

The latest rules mean all of the major Internet Service Providers (ISPs), including BT, EE, PlusNet, Sky, TalkTalk and Virgin Media, will now have to ban users accessing the sites, known as stream rippers.