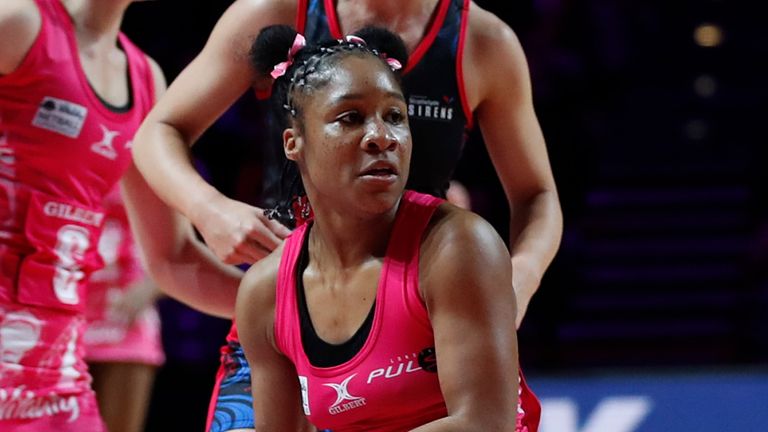 A number of scenarios are being considered by the Vitality Netball Superleague as they explore the possibility of how the competition will resume following the suspension brought on by the coronavirus pandemic.

Like all sport the league is currently postponed, a statement two weeks ago stated that it would be so until at least April 30, and it is anticipated that most of May will go the same way as the UK looks to stem the spread of the pandemic.

Many leagues and competitions are considering their next moves and netball is no different, with a meeting still planned between the clubs and the Vitality Netball Superleague board for mid-April.

“We remain focused on supporting the whole netball family at this difficult time from grassroots to elite netball, which includes working collectively with Vitality Netball Superleague (VNSL) teams to create contingency plans from a financial and competition perspective,” a spokesperson for England Netball told Sky Sports.

“Some VNSL teams have made the decision to furlough players and coaching staff during this difficult time, allowing them to access the Government’s job retention scheme until they are able to safely return to court, this will allow VNSL teams to ensure long-term sustainability.

“The VNSL Board will be meeting again at the end of April to review the league’s position and will issue a further statement/update for the netball family at that time.”

Some v difficult conversations had this week, and some tough times ahead. But.. still THANKFUL to be a part of this netball community. GRATEFUL to those on the front line working to save lives each day. HOPEFUL communities can work together to get through this. https://t.co/eYwj5DexsV

Over the weekend the world’s biggest netball competition, Australia’s Super Netball and the Australian Netball Players Association, announced that all athletes would take two weeks leave from club duties from March 30.

With the competition postponed until June 30, players will then remain at home on ‘active rest’ for seven hours per week for the subsequent three weeks – with a 70 per cent reduction of pay.

Champions Manchester Thunder became the first Vitality Superleague team to publicly announce that they were taking up the UK Government’s offer of support during the pandemic through the furloughing scheme.

“As much as we love sport and want to get back to playing netball as soon as possible, it pales in comparison to what’s going on across the world right now, Austin said to Sky Sports News.

“In my own personal opinion, I think that it’s pretty far removed that we’re going to be able to have some form of competition that looks similar to our current Netball Superleague.

“I think if we are at a point where we can get back to some form of competition, and right now that looks like a really big if, then it’s going to look like a completely separate almost Super Cup-style tournament.”

In an exclusive interview with Sky Sports, former Vitality Roses head coach Tracey Neville hoped that the teams would be able to complete a league season.

Neville, whose time in charge of Manchester Thunder and Team Northumbria provided in-depth knowledge about running franchises, was clear about the impact a shortened season could have.

“My worry is for the franchises, because they all work on ticketing revenue and the more games that are played, the more revenue they can generate, Neville said.

“To see a decrease in netball at this particular time, when it’s on the rise, would just be devastating.

“I don’t know what [the schedule and timing] could look like but to shorten the season or decrease the number of matches or anything like that would be an absolute travesty for the franchises.”

With only three full rounds played, plus two additional games, so far there had been concerns that the league might have run the risk of being voided but it is understood that there are no specific rules in place about a number of matches that need to happen.

“England Netball and the Vitality Netball Superleague are in constant dialogue with the teams about options and scenarios, once there is an opportunity for a safe resumption,” the spokesperson added.

“Where possible all England Netball and VNSL staff that can work from home will continue to do so and are working tirelessly to help the nation stay active by supporting campaigns such as Sport England’s #StayInWorkOut initiative.