The National Transportation Safety Board is holding a public meeting beginning at 9:30 a.m. ET to determine the probable cause of the fatal. The meeting will include NTSB board members and investigative staff.

On the morning of January 26, 2020, a Sikorsky S-76B helicopter carrying nine people departed from John Wayne Airport in Orange County and was bound for Camarillo, with the passengers on board heading to Kobe’s Mamba Sports Academy in Thousand Oaks, where Kobe was set to coach Gianna in a tournament game. The helicopter crashed in Calabasas amid heavy fog.

An 11-page preliminary report from NTSB released about two weeks after the crash found no evidence of engine failure.

“Viewable sections of the engines showed no evidence of an uncontained or catastrophic internal failure,” the report read. 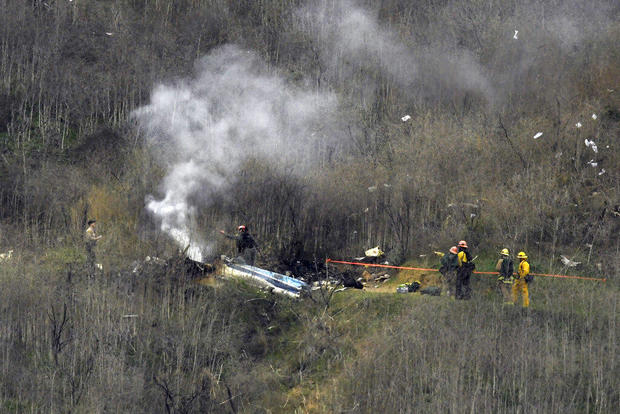 The report reiterated criticism, which was leveled by an NTSB official at the Federal Aviation Administration, that the helicopter did not have a black box. Under FAA regulations, almost all planes are required to have black boxes, but not helicopters.

“The helicopter was not equipped with a flight data recorder or cockpit voice recorder (CVR) nor was it required to be for the accident flight,” the preliminary report read.

The pilot, 50-year-old Ara Zobayan, had 8,200 hours of flight experience. The helicopter, manufactured in 1991, had logged 4,761 hours in the air and its maintenance and inspection records were all up to date, the NTSB found.

Documents the NTSB made public in June of last year supported the theory that Zobayan may have become disoriented while flying through heavy fog. The pilot’s last communication with air-traffic controllers before the crash was to tell them he was climbing to 4,000 feet to get above the cloud cover. But flight data showed the helicopter was actually descending and banking to the left, leading to the fatal crash.

Just prior to the crash, according to the NTSB’s preliminary report, the helicopter neared Burbank air space and Zobayan requested permission from air traffic control for special Visual Flight Rules (VFR) which would allow him to fly below the clouds.

He circled for about 12 minutes until getting approval.

Radar data indicate the helicopter was flying about 1,500 feet above the 101 Freeway near Las Virgenes, then began turning left and began descending, reaching a descent speed of more than 4,000 feet per minute.

Following the wreck, there has been a push to require all helicopters that carry six or more people have terrain awareness and warning systems (TAWS), something which was not present on Kobe’s helicopter. U.S. Rep. Brad Sherman (D-Sherman Oaks) last year introduced the Kobe Bryant and Gianna Bryant Helicopter Safety Act, which would direct the FAA and NTSB to place TAWS systems in all helicopters.

Along with the 41-year-old Kobe and his daughter Gianna, also killed in the crash was 56-year-old John Altobelli, a longtime coach of the Orange Coast College baseball team, his 46-year-old wife Keri and their 13-year-old daughter Alyssa, who was a teammate of Gianna’s.