What a dietitian packs her kids for lunch

What does the PERFECT school lunchbox look like? Dietitian shares exactly what she packs for her kids – and the rules everyone should follow

A dietitian has revealed exactly what she packs her kids in their lunchboxes, and why a broad range of colours and flavours is key to keeping them satisfied and healthy.

Jaime Rose Chambers, from Sydney, shares daily pictures on Instagram of what she makes for her children, and says it doesn’t matter if they want the same sandwich filling every day, so long as you make sure of one thing.

‘My kids are not very adventurous with their sandwich fillings and I don’t really mind if they are a bit same-ish as long as they’re getting a variety of food elsewhere,’ Jaime wrote.

‘I do try to put a new food into their lunchbox for different exposures with mostly safe foods they’re familiar with so I know they still have plenty they’ll eat.’ 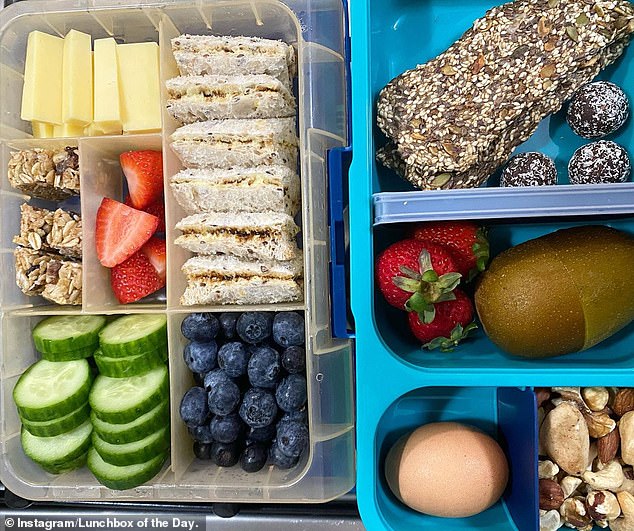 A dietitian revealed what she packs her kids in their lunchboxes, and why a range of colours and flavours is key to keeping them satisfied and healthy (one of her lunchboxes pictured)

Jaime will also include a snack that he will enjoy, like a healthy chip or pinto and pea sticks.

She said things like chocolate bliss balls both provide protein to keep the kids full, as well as being a tasty treat for her kids. 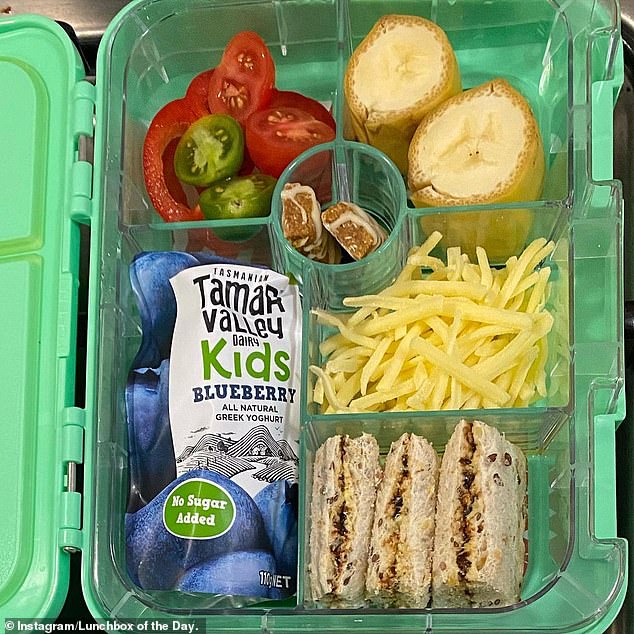 What are Jaime’s rules for the perfect school lunchbox?

* Include a diverse range of colours and flavours in the box in order to make sure they are getting nutrients from all different areas. 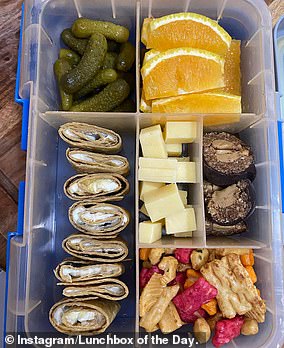 * Include one new riskier thing each day, like raw mushrooms or green beans. When they’re in a different environment, they might eat it.

* Peel down banana skins to include bananas in lunchboxes without them going bad. This means little fingers can open them.

* Don’t worry if they want the same sandwich filling every day; you can be more adventurous with their foods elsewhere.

When it comes to her kindy-aged child, Jaime said you have to be a little more ‘same same’ with what you pack.

‘But it’s also a good opportunity to throw in a new food to see if it’s eaten because the kids are in a different environment,’ she said. 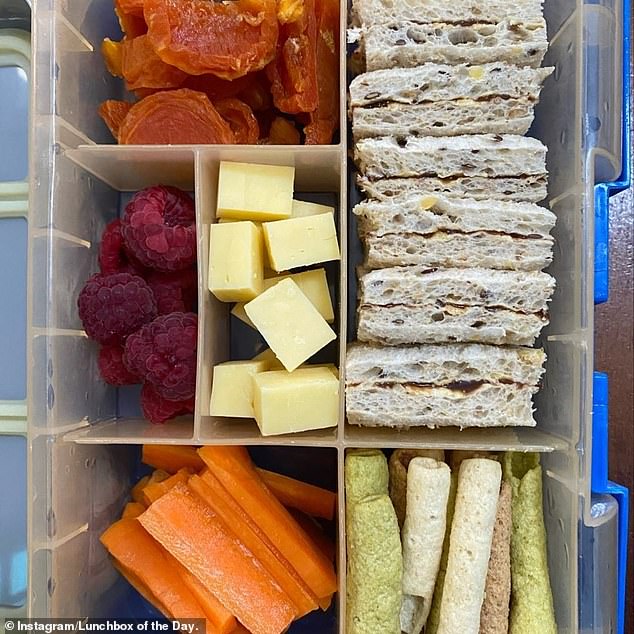 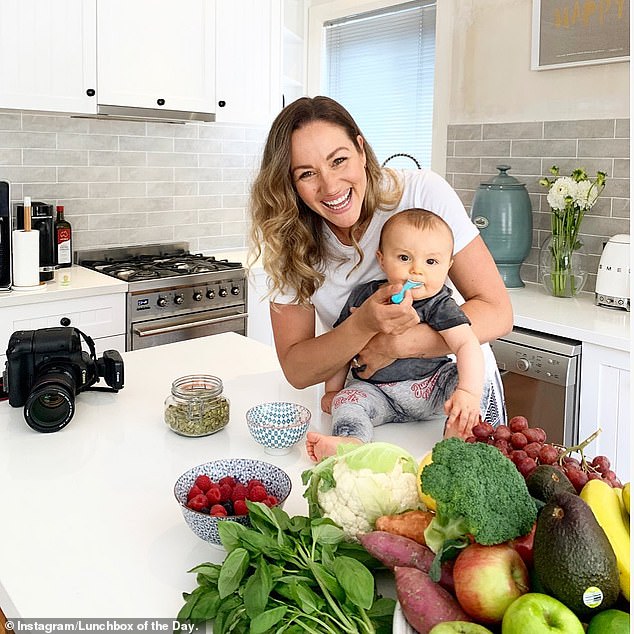 Jaime (pictured with one of her kids) also packs kindy lunchboxes, which she said have to be a little bit more ‘same same’

Jaime explained the main rules with school lunchboxes are that you include a diverse range of colours and flavours.

She makes sure to pack a variety of different fruits and vegetables, including more risky options like raw mushrooms – which they may or may not eat – and bananas with their skin peeled down, so her kids can easily peel them when it comes to morning break.

‘I love the Jalna Yoghurt No Added Sugar pouches for lunchboxes, even though they’re not the best environmental option,’ Jaime wrote.

Other snacks the mum likes to invest in include the Fine Fettel Foods Carrot and Pepita flats, which boast no nuts and so are good for lunchboxes.