What are Premier League and English football’s options amid coronavirus? 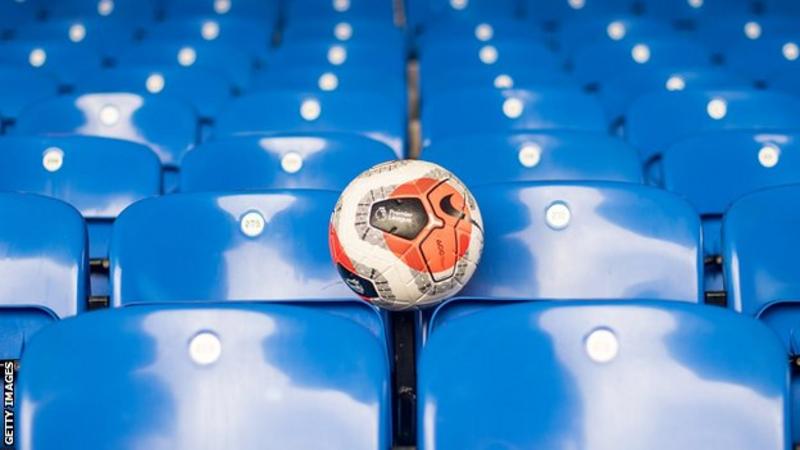 The can has been kicked down the road.

Given the growing effects of the coronavirus pandemic, England’s football bodies met on Friday and decided they had little option other than to extend the current suspension – initially set for 3 April and then 30 April – until “it is safe and appropriate to do so”.

The decision prolongs the uncertainty at clubs across the professional spectrum, where incomes have dried up almost completely.

It means the FA Cup will be stuck at the quarter-final stage for a bit longer, promotion and relegation issues are unresolved and Liverpool nervously await the chance to complete their first league title triumph since 1990.

But while nothing seems to be happening, plenty of conversations are occurring and scenarios for concluding the historic 2019-20 are being discussed.

Fundamentally though, these are the five options on the table and why each one presents its own problems.

Null and void the season

This was – and continues to be – the last resort. Across all four leagues, the domestic campaign has only nine matches left, which could, in theory, be completed in the space of four weeks.

Given that backdrop, why would anyone – ulterior motives excepted – want to get rid of the work put in over the previous seven months and pretend it never happened?

It is a question clubs across the non-league have been asking since the Football Association rendered their campaign null and void from level three to level six on 26 March.

The theory is this. The shutdown has hit a point where the gap between past fixtures and forthcoming ones is so great it brings up numerous concerns, such as:

In short, it is easier and more cost-effective to look ahead to a new season rather than dwell on what has gone before.

In public, no-one has seriously talked about this scenario since West Ham vice-chairman Karren Brady was accused of self-interest by using her newspaper column to say it was “the only fair thing to do” last month.

But the spectre is there. As executives talk about the season finishing “if at all possible”, the implication it won’t be possible is left hanging.

At least one club official who, a fortnight ago, was insisting the campaign would be concluded, is now admitting it might not be.

The working groups trying to find a resolution on behalf of Europe’s governing body UEFA, the European Clubs’ Association and the European Leagues have heard the chatter too. In addition, they are desperate to prevent the cancellation of the Belgian triggering a domino effect.

Their letter to associations, leagues and clubs has pleaded for time – mid-May – to come up with a solution. It also contained a stark warning. Leagues that end prior to completion – as Belgium has done – risk not being allowed into next season’s Champions and Europa Leagues. 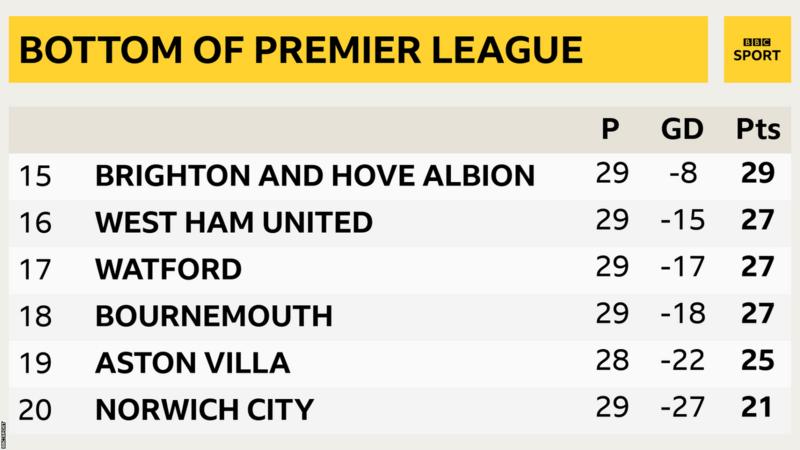 The difference with this compared to null and void is that points achieved to this point do count. To even up the balance wherever clubs have played a different number of games, average number of points per game will be used to decide positions.

This would result in a minor shift in positions. Arsenal would nudge ahead of Tottenham for instance, as would Sheffield United, into sixth, above Wolves. The biggest difference would be in League One, where Wycombe would leap from eighth into third – and potentially a promotion slot if play-offs were scrapped.

However, Aston Villa, 19th in the Premier League, two points from safety with a game in hand, could argue that denying them the chance to play that extra match was effectively relegating them.

They could also point out that, with six of their remaining 10 games to be played at Villa Park, they fancied their chances of getting out of trouble.

The same is also true of promotion. None of the significant positions in the Championship would change, but would Fulham just accept finishing third – six points adrift of West Brom – if only two teams went up as has been suggested? Would Brentford and Nottingham Forest – four points behind Fulham – accept finishing fourth?

As BBC Sport was told by a legal expert, there will be winners and losers – and almost certainly the losers will look to get the situation overturned.

The best way of mitigating that risk is to have an open vote which returns a clear majority.

Set a deadline for completion

On the face of it, this seems wholly reasonable and 30 June was an obvious date for it, a cut-off point at which time the season ends, no matter what the position.

The reason for 30 June is contractual. Player contracts run to that point. Sponsorship deals, like the kit deal Liverpool have with Nike, around which major marketing campaigns are planned, take effect from that point.

If the 2019-20 season goes beyond that point, it becomes tricky.

With players, it is likely, through world governing body Fifa and global players’ union Fifpro, rolling extensions to contracts will be implemented.

But there is no legal requirement to sign them. What would happen if a player refused? After all, denying someone the right to change employers in an agreement the competition rules state can specifically happen, is a clear restraint of trade.

What would happen if a player suffered an injury in a match or training session after 30 June which prevented them taking up a contract that had already been agreed and not signed?

With the kits, do Liverpool carry on wearing their current one or move to their new design? If the answer is the former, how do Nike feel about the club achieving their first league success in three decades, with all the publicity that would come with it, after a point that their own deal has taken effect but without any of their branding attached.

The two major reasons put forward for why outstanding matches have to be played are upholding the integrity of the competitions and fulfilling broadcasting obligations – reports suggest the latter is more pressing for those concerned.

Playing groups of games at quarantined training grounds, or behind closed doors at a neutral venue or even taking them to other countries are ideas that seem desperate. And it pays little thought to the practicalities of medical and broadcast personnel, particularly as, at the same time, the collective word from clubs and leagues is that health comes first.

Given the likelihood is that current restrictions on movement will eventually be removed gradually and with extreme caution, it is almost certain that the first domestic matches on resumption will be played behind closed doors.

Then, the Premier League would at least be able to negotiate with domestic – not overseas as they already get additional games – broadcasters Sky and BT by offering more live games than is stipulated within their contracts.

In their joint letter, Uefa, the ECA and the Leagues have indicated domestic competitions will be played before pan-European ones, which means games could take place every day and at any time.

The season that goes on and on

Many – possibly the majority – feel the game should take its place among the things that do not matter in the midst of a global health crisis. Let the medical experts and the NHS get on with their jobs, wait for the green light and, whenever that comes, pick up where it left off and finish off all the competitions accordingly.

Yet this feeds uncertainty. Thousands of jobs – far beyond the players – are directly or indirectly involved in the game. The Premier League alone generates well in excess of £3bn in tax revenue – a reason why it is in the government’s interests for the game to restart.

In truth, while the Premier League does have autonomy in the decisions it makes, there has to be some collaboration with Uefa as the European and domestic calendars are so interlinked – and will continue to be so long after 2021.