What Is Demi Lovato and Ariana Grande's Song 'Met Him Last Night' About?

Singer Demi Lovato released her latest album in April 2021. On it, she’s joined by a handful of notable artists, including Grammy-winner Ariana Grande. Grande co-wrote and sang on the track “Met Him Last Night.” What is the song about, according to Lovato? 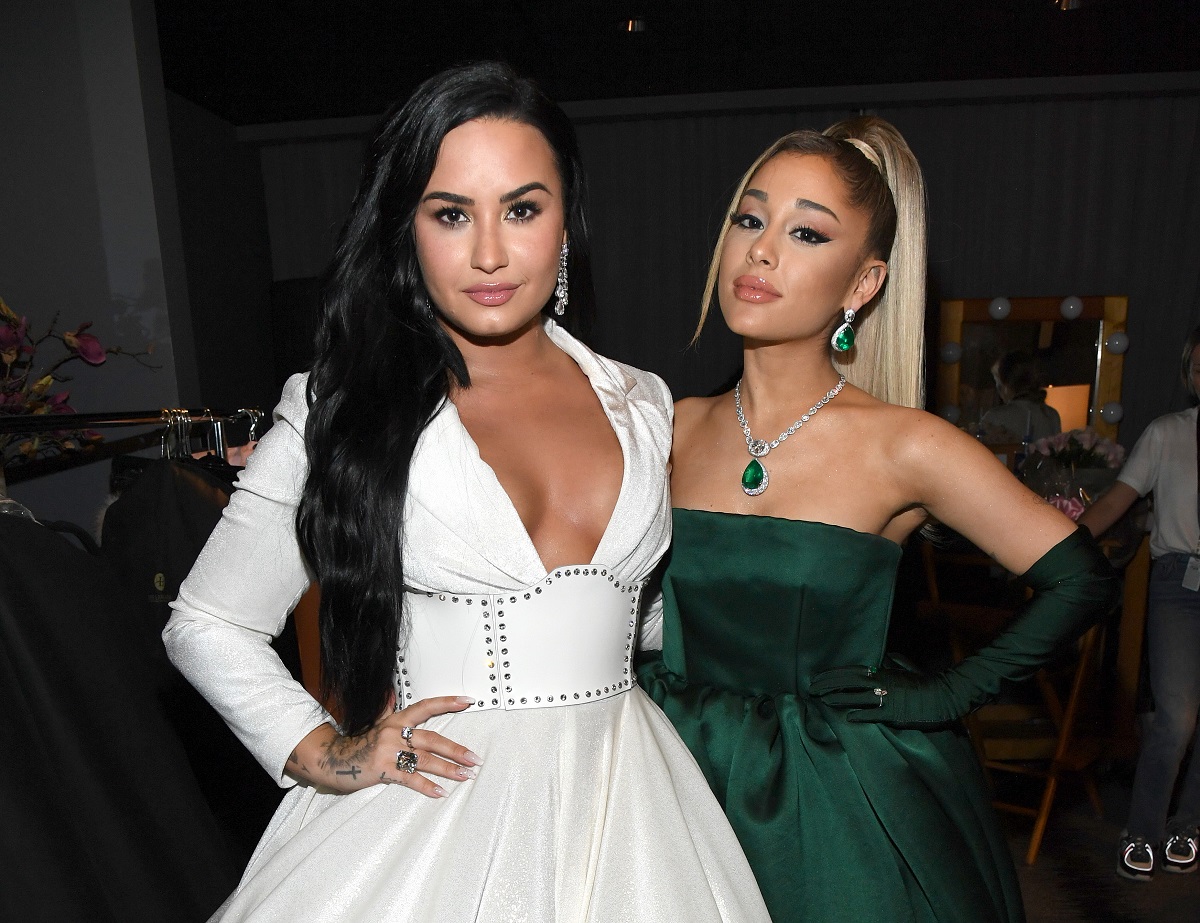 Lovato and Grande first met years ago. While the former rose to prominence in the ’00s as a Disney Channel star, the latter became famous a few years later for starring in shows on its rival network, Nickelodeon. Both switched their focus to music and have attended many of the same industry events.

After they were spotted at the 2015 American Music Awards posing for photos with Grande’s brother Frankie Grande and Lovato’s then-friend Nick Jonas, the pair began hanging out. In 2019, Grande told a Twitter user who doubted the legitimacy of their friendship, “I talk to her everyday u psycho.”

The “Positions” singer wasn’t exaggerating when she emphasized their closeness. Fans learned that in 2019 when Lovato signed with Grande’s manager, Scooter Braun. A few months later, the three celebrated Lovato’s birthday on Grande’s Sweetener World Tour. Later, it was revealed that Grande was instrumental in getting Lovato signed.

“I saw that she was scared, like, no one’s going to take me on,” Braun told the New York Times of meeting with Lovato. “I asked Ariana’s opinion and she said, let me go to coffee with her,” he continued. “And by the time she got home, she texted me: You have to take her on, this is my friend. I want to know she’s safe.”

After years of being friends, Grande and Lovato finally teamed up for a collaboration on the latter’s 2021 album Dancing with the Devil… the Art of Starting Over. “I played her [the song] ‘Dancing with the Devil,’ and she was really, really excited about that and came up with this concept,” Lovato explained in a video on her YouTube channel.

The song is “Met Him Last Night,” and it’s the next single off Lovato’s seventh studio album. “When [Grande] played it for me, I was like, ‘Oh my gosh, yes. Absolutely. I’d love to do this.’ I was so excited to get to work with her, and we had so much fun singing together,” Lovato continued.

The song isn’t about a person at all

Dancing with the Devil… the Art of Starting Over is sort of a concept album. It goes (somewhat) chronologically through Lovato’s last couple of years, beginning with her 2018 overdose and through where she is today. In “Met Him Last Night,” she sings about meeting the devil, continuing the reference to drugs from the title track.

“This song was best representative of a period in my life where, actually, there was — something that I talk about in my documentary is kind of the downfalls of recovery, which is sometimes you slip up,” said Lovato, point to her docuseries Dancing with the Devil. “That’s what this song is about.”

How to get help: In the U.S., contact the Substance Abuse and Mental Health Services Administration helpline at 1-800-662-4357.