What to do in London this week, from bottomless brunch to Sunday night sundowns 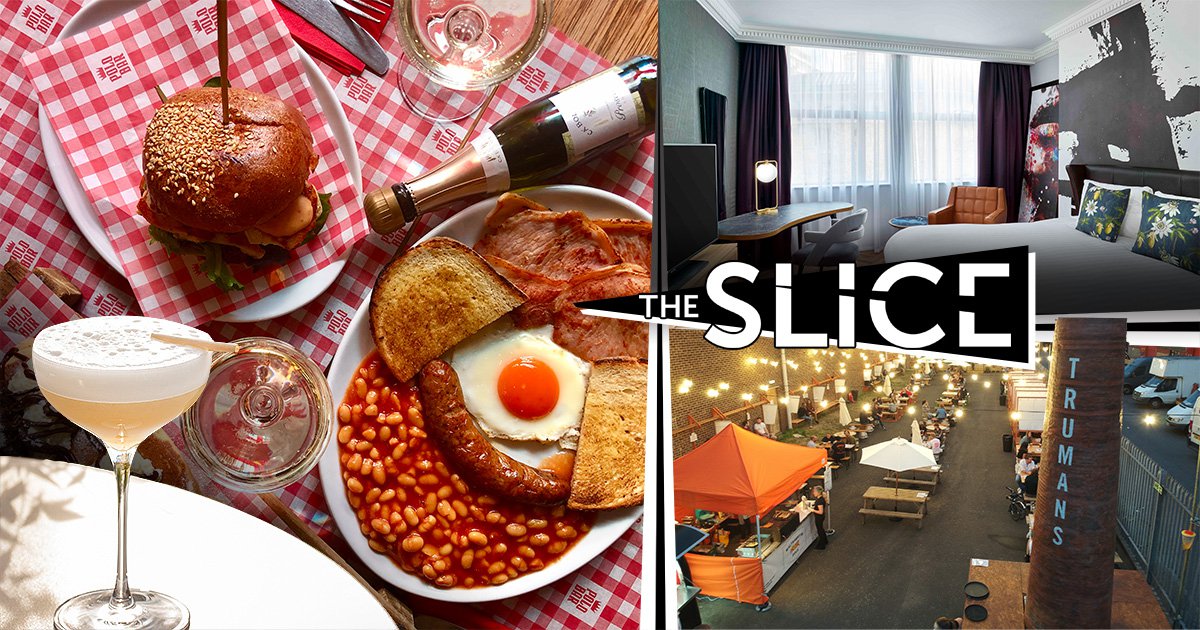 Are you still wearing clothes from the early-19th century because there was no point buying new with nowhere to go?

Well, from Monday (17th, write that date on your heart) we’re back in socially distanced business, with six people or two households (whichever is most people) allowed to sit together inside. The luxury!

We will be starting our new lives at midnight sharp, with bottomless brunch at Polo and continuing with Michelin stars at The Farrier, a choice of 20 beers at Truman’s Social Club, and maybe even a night at new Holborn hotel NYX. Because once we’re out, we’re staying out.

Midnight feast for a mere £1

You know how keen we are when there are drinks being poured?

We’ve been known to knock on the door of a closed off licence and point to our watches!

And that’s why we will be in the queue at 11.59 on Sunday at Polo Bar, which is opening for indoor eats at midnight on the dot… or we’ll be knocking and pointing!

Inside you can brunch 24/7 on two courses: everyone’s favourite pancakes plus either a cheeseburger and chips, English brekkie, or veggie-friendly eggs ‘n’ guac on granary — all washed down with free-flowing prosecco or lager (yes! It’s a bottomless situation!).

Oh, and the first five groups through the door at midnight get theirs for £1! Fight you for it.

How about celebrating the grand reopening of our social lives with a stay at London’s newest hotel? Which opens — yes! — on Monday.

NYX is in Holborn, so handy for everywhere, and it’s looking a bit like a party hotel to us.

Sure, you can stop by for cocktails, atmos and maybe even dinner at the restaurant, but imagine all of the above and then not having to schlep home, instead just heading up to your room to carry on the party!

Even better, imagine coming back downstairs the next morning to get yourself a massage at the spa after a lazy (no washing up!) breakfast.

Well, now you can — even if you’re not on Rihanna’s salary — as they’re offering 999 rooms for just £99 for bed and breakfast… and let’s face it, you’ve spent more than that on a round before now.

Get our tips in your inbox every week with The Slice newsletter. Sign up here.

A three-Michelin-star-trained chef… in a pub! Really?

Well, if you’re taking advantage of the new eat-out-without-freezing-up rules that come into play on Monday, you might as well do it in style at The Farrier, London’s smartest new pub, which actually launches on the magical 17th with what they’re calling a modern rustic comfort food menu.

And if you find yourself missing all that al fresco dining (there’ll be a heatwave now we’re allowed inside, just watch!), they’ve even got a heated terrace.

We’re praying for rain the weekend of May 21.

Know why? Because that is the weekend Really Local Group reopens Catford Mews, one of our favourite south London arts centres, with a programme of movies and a welcome back deal that we want to enjoy without the distraction of nice weather going on outside.

For just £7.50 — an almost unheard of cinema price outside of somewhere like… Nuneaton — you get your ticket and a small popcorn between the Friday and Sunday.

And the films on offer are just the Oscar-winners we’ve been waiting for: Nomadland, Judas And The Black Messiah, Sound Of Metal… and the week after that it’s Cruella!

20 beers on tap at Truman

What if you’re wanting to get back out there but still feel a bit antsy about being inside with people?

How about Truman’s Social Club, the UK’s biggest beer hall?

With space for 900 even with social distancing, you’ll have plenty of room to spread out.

And if you’re still not sure, you can always check out their epic sunny beer garden.

Either way, from Monday they’re back, with a celebratory DJ in tow, and that means you’ll be able to access over 20 beers — guest ales and Truman’s own — and street food, before their brand new kitchen opens in June, offering everything from breakfast staples to slap-up dinners (we like the look of their sharing board ourselves, because we’re fast eaters).

And what a beauty it is to behold!

Live music on top of The O2

They did it with comedy and now the non-vertiginous folk at The O2 are putting on full-scale gigs on the actual roof of the building! Yes, up there! On top!

It starts next Thursday and continues every Thursday until June 17 (which must be why they’re calling it Thursday Lates, just a hunch) and all you have to do is climb all the way up to the top (think tums ‘n’ bums and just imagine that view!) and you will be rewarded with mocktails – or champagne if you upgrade, and you will deserve it after that climb – and a live acoustic performance.

They’ll even throw in some Rowntree’s Randoms, which we’re certainly not going to sniff at.

If you’ve ever wondered if you had it in you to commit the perfect crime (and we don’t mean drinking undetected at work!), you may be about to find out thanks to an immersive experience called checks notes The Perfect Crime.

Featuring immersive theatre, live action, a proper whodunnit storyline, problem-solving, a race against the clock, drama, costumes – we’ll need a lie down just thinking about that little lot – The Perfect Crime is an art heist starring you with drinks after in the Deli Bar for a full debrief.

Book your tickets quicksticks even if it is a month away.

You know the classic ‘daddy or chips’ dilemma? Well, ours is cocktails or rare grooves. Who are we kidding?

Cocktails comes second to no one and nothing. But we can have both, thanks to hip restaurant Hicce’s Sundowners Sunday sessions, where the cocktails are cool and the vibes may be even cooler — well, how could they not be when soaked up in the chic atmosphere of ‘ee-chay’ (that’s how it’s pronounced, don’t ya know?), which means ‘of the moment’, in King’s Cross’s super-cool Coal Drop’s Yard?

And, weather permitting, you’ll be soaking up a decent sundown and some great views too — the perfect way to finish/start the week. Don’t look at us like that about Sunday drinking! You’re only young once. Twice, tops.

MORE: A new Bavarian-inspired beer hall is coming to London this June