When You Drink Unpasteurized Milk, This Is What Happens To Your Body 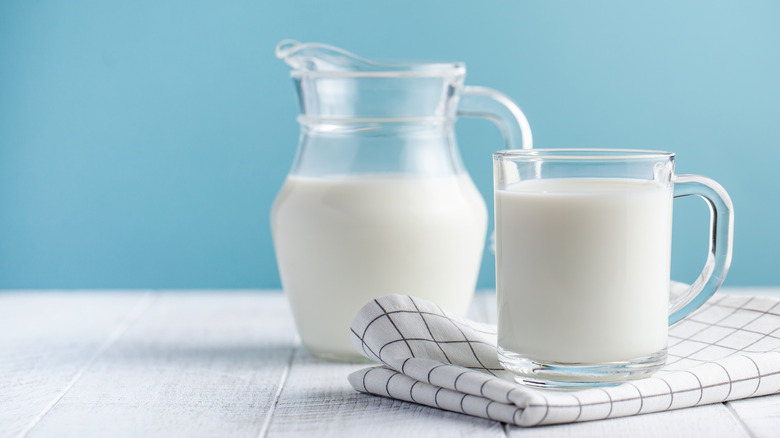 If you frequent raw food pages on social media or follow healthy recipe blogs, no doubt you’ve come across comments about raw milk at one point or another. Some people tout its health benefits and old-world, unprocessed charm, while others warn in large letters to avoid any dairy product that is unpasteurized. So what’s the truth?

First, let’s hash out what “raw milk” actually means. Before the early to mid 1900’s when pasteurization became the norm, all milk that people consumed was “raw” milk in that it was unprocessed, unheated, bottled directly from the source, kept cold, and then served (via Healthline). Some proponents of raw food diets will tell you that the process of pasteurization reduces the milk’s natural nutritional content. But is that true?

Proponents of raw milk say that it has more amino acids, naturally-occurring antimicrobials, vitamins, minerals, and fatty acids than its processed counterpart. Some even claim it is healthier and safer for people who are sensitive to lactose, have asthma, or live with autoimmune diseases. Interestingly, however, several studies on the subject have shown that pasteurization does not actually result in a statistically significant loss of vitamins, minerals, or fats, and there is only a very small loss of water-soluble vitamins like the B Vitamins and Vitamin C.

There are, however, significant risks to drinking raw, un-pasteurized milk.

What can happen from drinking raw milk 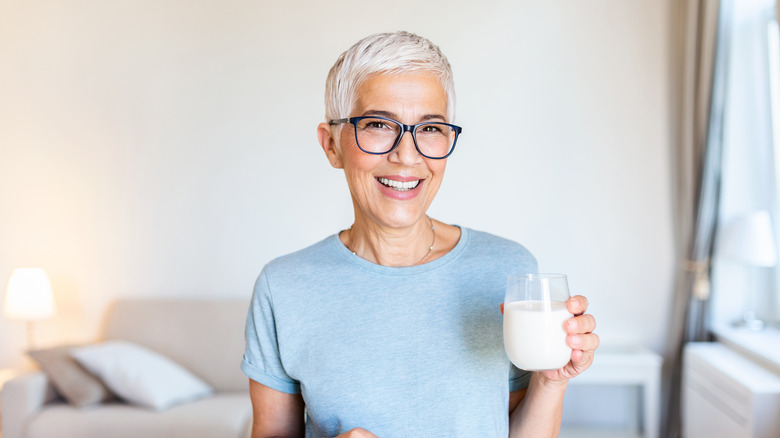 While illness from contaminated dairy might be less common than some other types of food poisoning, it still definitely happens enough to pay attention. According to Healthline, between the years 1993 and 2006, 60% of the 4,413 reports of dairy-related illnesses in the United States were from raw dairy. Of illnesses that were caused by milk specifically, 82% were from raw milk.

According to the FDA, contaminated raw milk has been found to contain dangerous bacteria like Salmonella, E. coli, Listeria, and Campylobacter. While many people will recover from food poisoning caused by these bacteria, some can be life threatening in severe cases, and Listeria is particularly dangerous for pregnant people and their unborn babies. This is why those who are expecting are generally told by their doctors to steer clear of raw dairy of any kind. Overall, the FDA says consuming unpasteurized dairy can pose a “significant health risk.” And if you can still get significant nutrition from pasteurized milk, it might just be a better idea to stick with that.