Where buyers splashed the most cash on sea changes last year

City dwellers poured cash into coastal property amid last year’s lockdowns, and the trend is showing no signs of slowing amid the Omicron outbreak.

When measured by the areas with the highest total value of sales in 2021, according to CoreLogic figures the most popular regional town in NSW was Port Macquarie on the Mid North Coast. 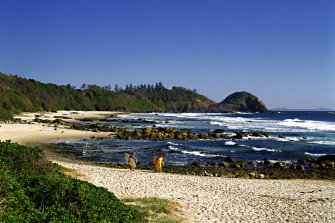 City dwellers made a sea change to Port Macquarie and other popular coastal towns.Credit:Getty

For regional Victoria, Ocean Grove topped the list for highest total value of sales, while on Queensland’s Sunshine Coast, families flocked to Buderim, which is set back a touch from the beach but still offers the same lifestyle.

And as corporate Australia again sets up the home office amid the Omicron outbreak, real estate agents are fielding continued demand for seaside retreats. 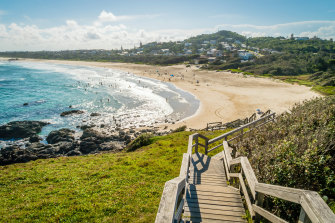 Some people spending more time at home made their home near the beach.Credit:iStock

Port Macquarie recorded almost $714 million in total sales over the 12 months to September, across 887 transactions, with a new median house value of just over $844,000 by November last year, CoreLogic data showed.

Many buyers are moving from Sydney, Ms Percival said, or regional NSW or Brisbane, and are looking for home offices and ocean views.

“They always need a good base to live or to come home to or to be able to be locked down in – I think that’s never going to leave people now,” she said.

“People have realised they can spend more time with their family, they can be just as productive at home as they can be in the office.”

But further south, Melburnians flocked to Ocean Grove, with a sharp rise in enquiries after each lockdown.

The seaside town recorded more than $485 million in total sales in a year, across 466 transactions, to hit a median house value of $1.18 million, CoreLogic found.

“It’s been the strongest it’s ever been,” Fletchers Bellarine’s Liam Rock said. 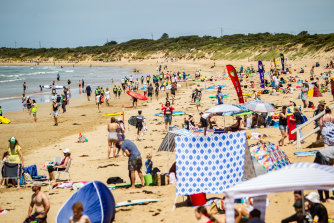 “Each time Melbourne went into lockdown and then came out, that’s when it ticked along.”

With plenty of buyers, most homes are selling under competition, some within a couple of days or a week, he said.

Talk of rising interest rates could slow price growth, but there are plenty of potential buyers at open homes for now, he added.

“It hasn’t shown any signs of slowing down.”

Further along the coast, Torquay was also a popular spot, recording more than $400 million in sales, while Highton in Geelong reached $347 million.

South East Queensland has been drawing interest from southern buyers since the pandemic hit, despite border restrictions that have made in-person inspections an intermittent prospect.

Buderim on the Sunshine Coast recorded the highest total sales for a regional area in the state, at almost $748 million across 746 transactions, with a median house value of nearly $1.05 million.

Ray White Buderim’s Ellen Lorenz has seen interest from across NSW and Victoria, as well as remote workers leaving Brisbane for a lifestyle change. 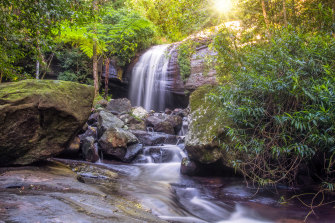 Buderim offers a change of scenery within easy reach of the coast.Credit:iStock

The market is hot, with plenty of buyers taking up the available listings.

“It’s crazy really,” she said. “It’s been great for Buderim as a whole.

“We do still have quite a lot of stock compared to this time last year, it’s just that buyer demand is higher and it’s been snaffled up quickly.”

Families like the area as it offers large land sizes and a quiet lifestyle within 10 minutes of the beach, Ms Lorenz said, adding it has the feel of a country town plus sought-after public and private schools.

Even in virus-free Western Australia, the towns that clocked the highest value of sales were largely weekender escapes down the coast from Perth.

Dunsborough topped the list at $226 million, followed by Margaret River at $207 million, Australind at $165 million and West Busselton at $138 million.

Most Viewed in Property