Loretta Lynn’s entire life reads like an old-school country song. She met and married her late husband, Oliver Lynn, when she was just 15 years old — Loretta was the oldest daughter and second child of eight kids in her family. Her dad was a coal miner and the family was very poor, so it’s not much of a surprise that she left home as a teenager to marry Oliver, whom she affectionately called “Doo”  or “Doolittle,” per Country Thang Daily.

In her memoir “Still Woman Enough,” Loretta wrote, “I married Doo when I wasn’t but a child, and he was my life from that day on … there’s something else that made me stick to Doo. He thought I was something special, more special than anyone else in the world, and never let me forget it … Doo was my security, my safety net.”

In 2021, she shared a tribute video to her late husband on her Instagram on what would have been their 73rd anniversary and wrote, “Today would be our 73rd anniversary. I can’t believe it’s been that long. We fought hard and we loved hard. He was my biggest fan and the real force behind my career. He’s the only man I ever loved. I miss you, Doo.”

Loretta Lynn and Oliver Lynn were married from 1948 until his death in 1996. He was the love of her life, but they had their troubles, per Wide Open Country.

Oliver Lynn was an alcoholic 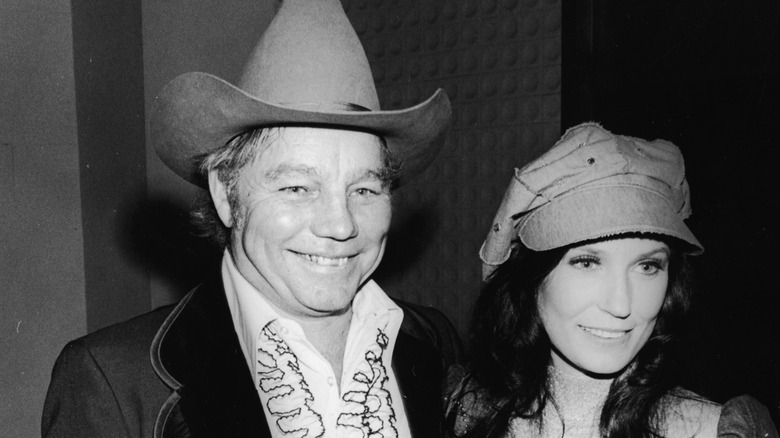 Loretta Lynn met Oliver Lynn in late 1947 at a pie social in Butcher Hollow, Kentucky, and married him a month later. She was 15 and he was 21. They moved to Custer, Washington, so Oliver would have better opportunities for work, per Wide Open Country. Loretta was pregnant with their first child (they would go on to have six) when they moved.

When Loretta was 21, Oliver bought her a $17 guitar from Sears. Because of that, she credits him with helping her get her career started, per Do You Remember. He also pushed Loretta to perform the songs she wrote. She told TimeOut in 2011 that he told her, “You’re just as good or better as most of them girls that are singin’ and makin’ money, so let’s make us some money.”

“I had never sang in front of anybody until my husband pushed me out there,” she told Fresh Air in 2010.

The Lynns didn’t have a picture-perfect marriage. Oliver cheated on Loretta and was a heavy drinker. He was also physically abusive, especially when he was drinking, per Country Thang Daily. His behavior inspired some of Loretta’s biggest hits, including “You Ain’t Woman Enough (To Take My Man).”

Loretta explained why she stayed with Oliver to CBS in 2002, saying, “I didn’t need him, but he was my kids’ daddy … I had to think of my kids. I can’t be that selfish. He broke my heart lots of times, but that woulda broke the kids’ hearts, wouldn’t it?”