It is no secret that Jin, Suga, J-Hope, RM, Jimin, V, and Jungkook of BTS are dedicated to their fans, ARMY. While BTS are the biggest group in the world, the band always makes sure to prioritize their fans. Because of this, the members of BTS will not attend an after-party following award shows in the U.S.

Why BTS will not attend an after-party in the U.S.

Due to their massive success, BTS frequently attend and perform at popular award shows like the American Music Awards, Billboard Music Awards, and the Grammy Awards.

While the band members socialize with other artists and celebrities at the award shows, they do not attend after-parties for the events. This is because BTS spend their time after award shows communicating with their fans via livestreams on VLIVE.

According to Billboard, “The band says it has never attended an awards-show afterparty in the United States. Instead, it has always been back to a hotel to jump on V-Live, a livestreaming app now merged with Weverse, to celebrate with ARMY.”

In the interview with Billboard, RM told the magazine, “It’s like a ritual for us.” 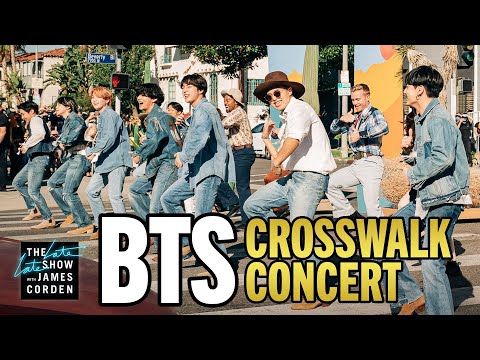 BTS are taking an ‘extended period of rest’

The members of BTS had an incredibly busy 2020 and 2021. Most recently, the band put on four concerts in Los Angeles called Permission to Dance On Stage – LA and performed at 102.7 KIIS FM’s Jingle Ball.

On Dec. 5, Big Hit Music announced that Jin, Suga, J-Hope, RM, Jimin, V, and Jungkook will be taking an “extended period of rest” for the holidays.

“We would like to inform you that BTS is planning to take a second official extended period of rest since their first in 2019 after they complete their official scheduled events of ‘BTS Permission To Dance On Stage- LA’ and the ‘2021 Jingle Ball Tour.’

BTS stayed active in order to engage with fans in 2020 and 2021 amidst the COVID-19 situation, and achieved dazzling results to cement themselves as top global artists.

This period of rest will provide the members of BTS who have tirelessly committed themselves to their activities, a chance to get re-inspired and recharge with creative energy. It will also be the first time for them since their debut to spend the holiday season with their families. We kindly ask once again that you show consideration for their need to enjoy ordinary and free, everyday lives while solely concentrating on themselves, albeit for a short while, during their period of rest.”

While BTS are currently on vacation, ARMY can expect that 2022 will bring changes for the Korean septet. In Big Hit Music’s announcement, the label revealed 2022 will be the start “of a ‘new chapter’” for BTS.

“BTS will be focusing on preparing for the concert and release of the new album that will mark the beginning of a ‘new chapter.’ They are preparing for a concert this coming March to connect and communicate with the fans in-person in Seoul,” Big Hit Music wrote.