Whether Dylan McKay belonged with Kelly Taylor or Brenda Walsh remains a question debated among Beverly Hills, 90210, fans and Jennie Garth is bracing herself to revisit the drama as she watches the show for the first time.

Fan-Favorite TV Couples Who Didn’t End Up Together

“I’m nervous!” the 49-year-old actress exclusively told Us Weekly while promoting her partnership with Kelley Blue Book. “It’s weird, even now, before the triangle’s even happening, there are some times when Kelly and Brenda (Shannen Doherty) and Dylan (Luke Perry) are in scenes together and I’m thinking, ‘Oh, like, is it weird? What’s she going to [to do]? Is there a weirdness happening? Is this foreshadowing?’ Getting into that will be interesting. I’m pretty sure I will feel awkward.”

Garth and Tori Spelling are watching Beverly Hills, 90210, which ran for 10 seasons from 1990 to 2000, for their “9021OMG” podcast. The former costars and longtime friends are joined by On Air With Ryan’s Sisanie Villaclara, who prefers Dylan with Brenda over Kelly.

“I’ve got a bone to pick with that Sisanie,” Garth joked to Us.

In all seriousness, the What I Like About You alum is enjoying the trip down memory lane. 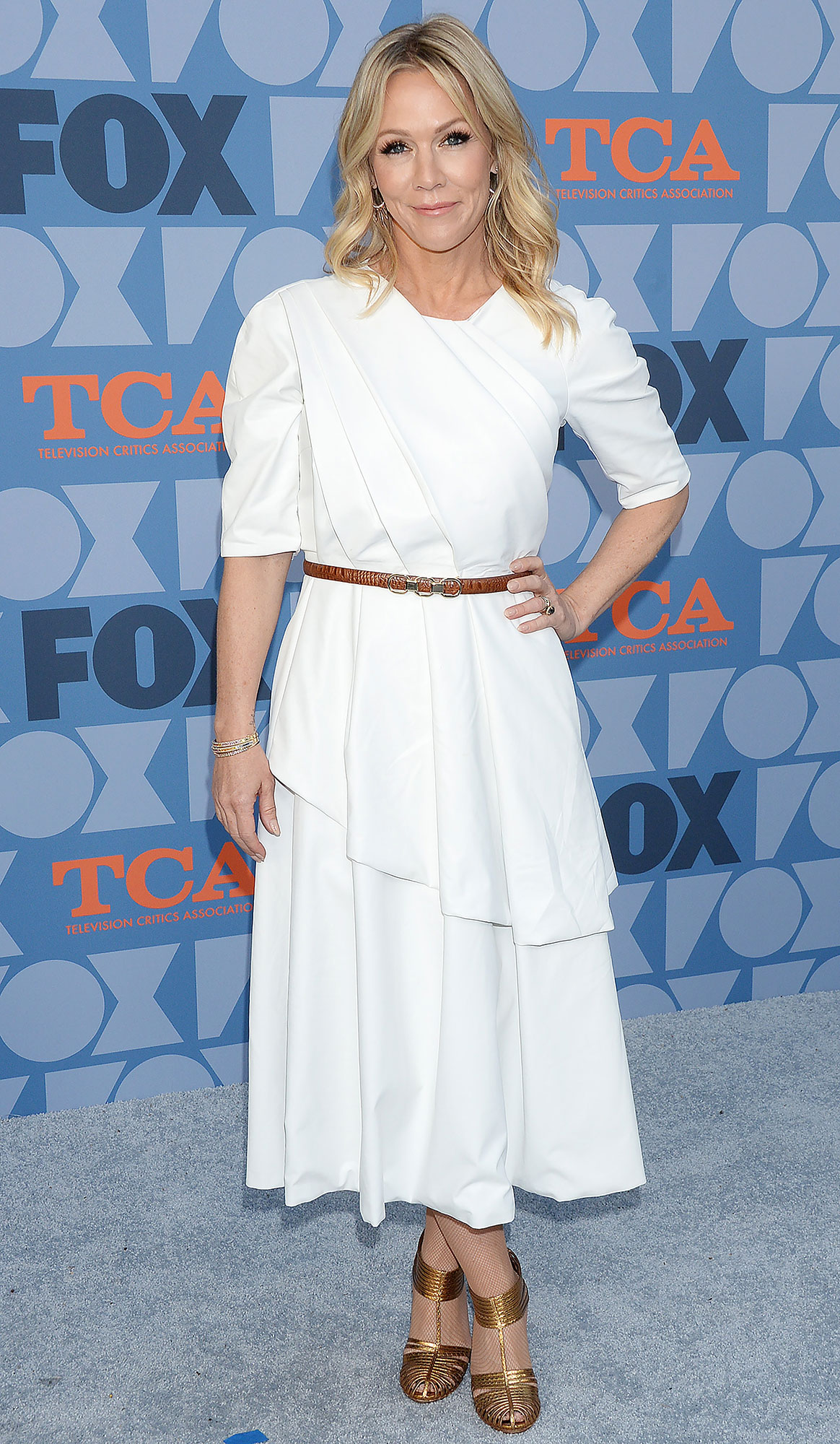 “I was really excited to dive in because I have never watched the show back from the beginning. Never watched a full episode, never sat there, and really committed to watching it. So now watching it back, we’re watching it from sort of a fan perspective and I’m sucked in. I’m all in,” she told Us. “I love the show. I think it’s great. I can’t believe I was on it. It doesn’t even look like me. I don’t even know that person, but I’m definitely a fan.”

“I’m really excited for season 2 because it’s all about the beach and it’s opening up the whole world and all of the people that are costarring on the show this season, it’s a very exciting season and I’m really looking forward to it,” she continued. “And we love going back and reminiscing and laughing about it and just, like, calling things out, you know, we’re kind of ruthless. So, there are a lot of 9021OMG moments as I like to call them.” 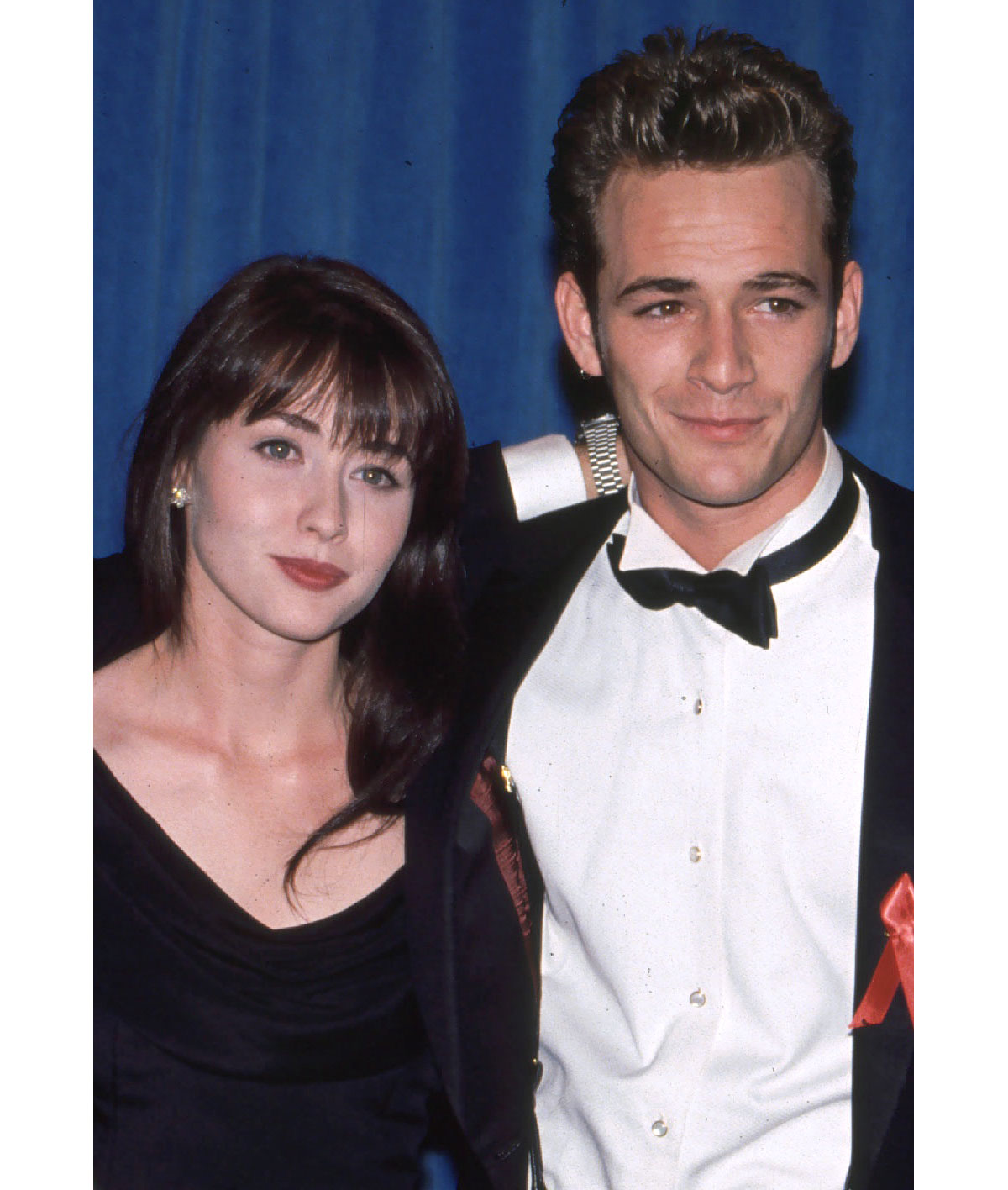 Garth previously revealed her daughters — Luca, 23, Lola, 18, and Fiona, 14 — have watched the ‘90s series in recent years. She told Us that Lola even wanted the same car as a Kelly Taylor (a vintage BMW), but she isn’t making the same mistake with Fiona.

‘Beverly Hills, 90210’ Stars and Their Families

“She loved it, but it wasn’t that reliable. And so the car is now in the graveyard, and she’s in a different car a little bit more sensible and relaxed,” the actress said. “My dad always used Kelley Blue Book as his reference on car buying and selling, so I know that they’re very good at what they do. They have a great resource called Best Family Cars of 2021. … It really does help you make that huge decision for your family because it’s a big decision. You want to get something that’s safe and practical and somewhat cool for your family.”

Garth added, “And the other great part about it is in honor of Mother’s Day, they’re doing a wonderful giveaway through Twitter giving away a bunch of tech gadgets. So there’s a lot of good stuff there and a lot of help to keep stay connected with your mom and your loved ones during this time.”