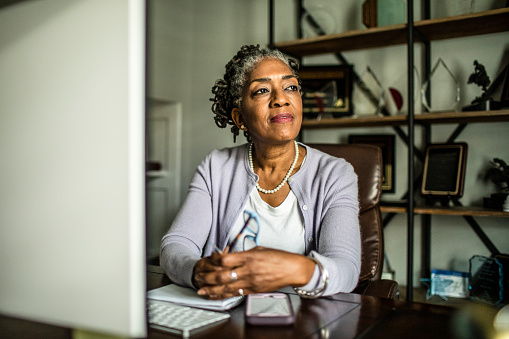 Fed up of having no spare cash? Sick of warnings on the cost of living crisis, especially when you’re only too acutely aware of it? Already nuked your Netflix, gym membership and morning coffee?

Millions of households across the UK are really struggling financially in the face of record high energy bills and more expensive food, fuel and clothes.

The last thing on most people’s minds – when there are children to be fed, transport costs to be paid to get to work and homes to heat – will be saving for retirement. Particularly if the day you hang up your working boots isn’t coming any time soon.

But at the risk of sounding totally insensitive to the very real money problems so many of us face today, failing to save enough into a pension can lead to money problems later in life with the potential to be much worse.

Yet there is growing evidence that many people are choosing to stop contributing to retirement pots to bump up monthly incomes.

Pension and investment platform Interactive Investor recorded an 8% annual drop in private pension contributions by those aged between 25-44 over the first half of the year. On average, they saved £46 a month less, taking contributions down from £584 to £538.

It might seem like an easy way to ease cost pressures, but in the long-term, the damage inflicted on your finances will likely be eye-wateringly expensive.

Even with that knowledge though, some people are going to feel they simply have no choice.

The State pension is the main source of income for more than half of people who currently receive it.

Three in ten people below their official retirement age expect the state pension to be their main source of income later in life, according to pension provider Royal London. Of those aged 55 and over, that rises to two in five.

The full State pension pays £802 a month if you qualify for all of it, some £185.15 a week. And yet, on average people think they need £1,117 income each month to live comfortably after they give up work, leaving a shortfall of £315.

If you want or need that extra income, it is down to you to save. If you save into a pension, the government will top it up and if you are employed so will your company. And it really is worth your time.

A little means a lot

What if I told you that spending an hour, even just 20 little minutes of your time, having a look at pensionawarenessday.com could make you £25,000 richer? Yes, you read that right.

According to retirement advisers Wealth At Work, someone in their twenties saving an extra 1% a year with their employer matching it would have about 25% more money in their pot when they retire aged 68.

‘We all have a voice and a wallet…’: How to use your savings to help the planet

Aimee Higgins, 40, used to work as a tax adviser for a big accountancy firm and regularly travelled for work and pleasure. But after reading the book Losing Earth by Nathaniel Rich, she became aware of the ‘terrifying’ impact of climate change on the planet.

It prompted Aimee to quit her job to dedicate her life to ethical choices, and to encourage others to do the same. She now runs a ten-day course called Couch To Carbon Zero, which helps people switch to ethical alternatives over a two-week period.

As part of her own lifestyle changes, Aimee moved the pensions accumulated from her previous two employers to be managed by an ethical investment adviser called The Path, which suggested Aimee invest in two ethical funds provided by EQ Investors and Tribe Impact Capital.

These funds invest in companies that have already reduced their carbon emissions by at least 33% versus their peers, and businesses who are solving social, economic and environmental challenges.

As she has only recently gone self-employed, Aimee has stopped paying into her pension but plans to restart contributions once her business is more established. She hopes to retire at 60 and is confident her ethical investing approach will help her achieve early retirement.

‘People may think their actions are too small to make a difference, but we all have a choice, a voice and a wallet which makes us powerful and, together, we can all make a huge impact. Urgent action needs to be taken now if we are to make the planet a habitable place for future generations,’ says Aimee.

Aimee, from Kent, says she’s helped more than 3,000 people make lifestyle changes since launching Couch To Carbon Zero in November with her co-founder Sonia Lakshman. The pair also work with organisations looking to engage and empower their workforce on climate action.

Aimee also ensures her Isa savings are invested in companies making a positive difference to society. Her money is invested through two apps – Circa5000 and Clim8 – which invest in companies developing renewable energy technologies and those finding solutions to challenges such as clean water and the treatment of rare diseases.

‘We all lead hectic lives and it can be difficult to find the time to switch to sustainable alternatives. But it’s what our planet needs and seemingly small changes can make a big difference,’ she says.

Interested in finding out a bit more now? As part of a campaign week running between October 31 and November 4, catchily called Pension Awareness, anyone can access free sessions online to help get a grip on why their pensions matter.

The event, organised by consultancy firm Pension Geeks, is running all week with experts – including the former pensions minister and all-round good guy Sir Steve Webb – available to answer your questions.

There’s also a bank of videos, guides and other resources if you prefer to mug up on your own, covering the State pension and pension credit, how pensions work, and how to find lost pots. Plus, there will be sessions on how to protect and manage your personal finances more generally.

Register for the free live shows on the Pension Awareness Day website or follow the campaign on social media via @PensionDay and #PAD22.