Melbourne’s cancelled RISING arts festival is facing a financial loss estimated to be in the millions, after the city’s pandemic lockdown extension means it cannot return this year after being open for just one night, last Wednesday.

The state government-funded festival has asked the more than 100,000 people who paid for tickets to consider donating their value rather than taking the refunds (minus booking fees) they have been offered. 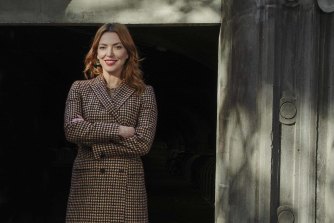 Festival co-director Hannah Fox said the money could be put towards next year’s festival, or potentially pay for some of its more than 130 projects and events to be presented before then.

A festival spokesman said that under its contract with the state government, financial information such as box office revenue is considered “commercial in confidence” and would not be made public. However, with many ticket prices over $50, the potential loss is expected to be in the millions of dollars – not counting the extra revenue that would have come from tickets purchased after the festival began.

Fox said the outcome was “particularly brutal” given RISING’s inaugural festival was originally planned for August 2020 but rescheduled soon after the pandemic first hit the state.

“After a whole year of bending the program into so many different versions and shapes to creatively respond to COVID… the level of work involved in that was monumental by many people, including the artists – the only thing that we could never weather was a full lockdown,” she said. “It’s just incredibly bad luck timing. All that work in the bin, you know.”

Under lockdown, wild foxes have been the only visitors to one of the festival’s biggest attractions, The Wilds, an installation of sculpture, video art and food that transformed the Sidney Myer Music Bowl into a bamboo light maze centred on an ice rink under an enormous moon.

“Currently there’s quite a few foxes enjoying it, having a little slip around [the ice rink],” Fox said. “The irony is really not lost on me that that whole concept was dreamt up in last lockdown in response to nature taking back public space.”

The Wilds will not reopen in 2021. While the venue is available some of the major artworks within it have to move – however, the festival hopes to bring it back next year so a lot of the work can go into storage and be recreated. 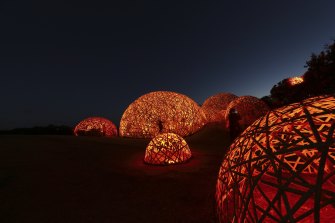 Some could return in 2021, such as the 200-metre paper lantern eel on the Yarra, Wandering Stars, which will stay on the Yarra this week and then may find a new home in regional Victoria.

Patricia Piccinini’s exhibition at Flinders St Station, A Miracle Constantly Repeated, is selling tickets to August and is scheduled to reopen after the Queen’s Birthday weekend.

Fox said she was trying to look at RISING’s brief lifespan this year as a “really over the top” launch party for the 2022 festival, which will begin around late May or early June.

In other arts news, Harry Potter and the Cursed Child is on hold until June 11 at the earliest and ticket buyers will be contacted to exchange for new dates. The musical Frozen was to have had its first preview on June 9, with producers now working on a new schedule. Melbourne Symphony Orchestra has postponed next week’s performance of Faure’s Requiem at the Recital Centre and Melbourne Theatre Company’s The Truth, which was to have begun previews on Saturday ahead of an opening next Thursday, is to be rescheduled.