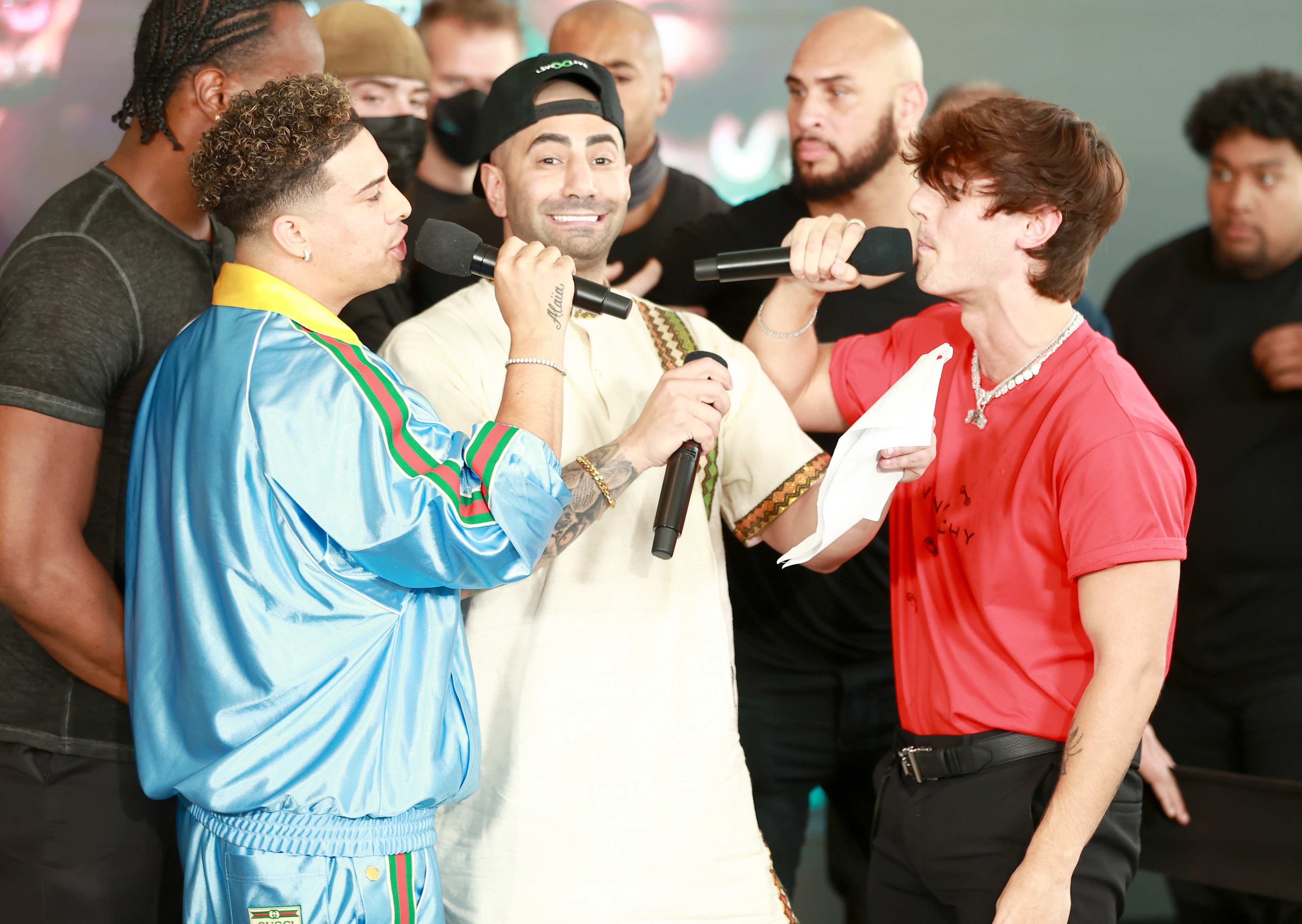 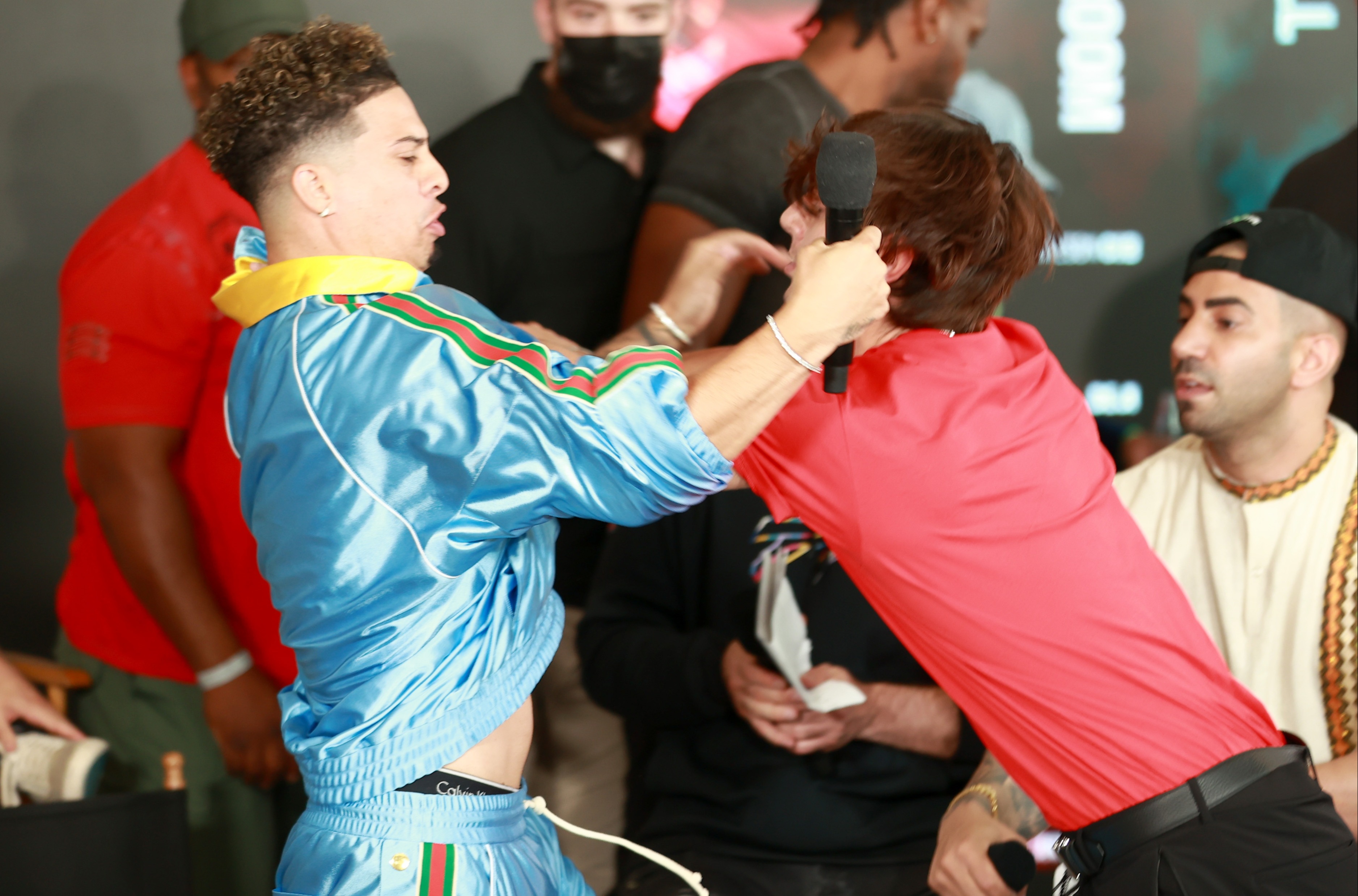 Billed 'Battle of the Platforms', each social media app will have seven representatives making up the pay-per-view bill.

And the pair looked to be inspired by Jake Paul when they got the chance to get on stage and trade fighting words.

But it ended in calamitous fashion as Hall attempted to shove McBroom, only to somehow floor himself.

He was then held down by security guards, only adding to his embarrassment, as others on stage also kicked up a fuss.

It came only weeks after Paul, who is 3-0 as a boxer, stole Floyd Mayweather's hat, sparking a mass brawl.

Mayweather, 44, faces his brother Logan, 26, in an exhibition on June 6 and the ugly scenes took place at the press conference to promote the PPV in Miami.

Paul, 24, also took a whack from security guards for his troubles, but was sure to get the all important social media traction his career depends on.

The American celebrity has won all his fights by knockout, including against online rival 'AnEsonGib' who will box on the Battle of the Platforms bill.

His brother Logan faced Brit YouTuber KSI in a white collar bout in 2018 which ended in a draw.

When they turned pro a year later, KSI, 27, won the rematch by scrappy split-decision.

Somehow, it has landed Logan a shot at boxing royalty in Mayweather who went on to also call out Jake, with another payday eyed.