Good Morning Britain hosts Piers Morgan, 55, and Lorraine Kelly, 60, were joined on the show by Bob Weighton after he celebrated his 112th birthday yesterday in self-isolation. Having witnessed so much of British history, the presenters wanted to ask if the World War II veteran had any advice for members of the public for following coronavirus rules. However, the guest blasted millennials for doing whatever they want to do after pictures emerged of people gathering and having parties this weekend.

The pensioner is currently following the lockdown rules imposed by Prime Minister Boris Johnson, 55, last Monday and celebrated his birthday with telephone calls from his family.

When asked what he thought of the COVID-19 outbreak, he compared the impact to the plague of the 1400s and explained he didn’t like the current pandemic.

However, he told the presenters “you have to make use of it” and “grin and bear it,” before going on to say there would be no point giving advice to the younger generation. 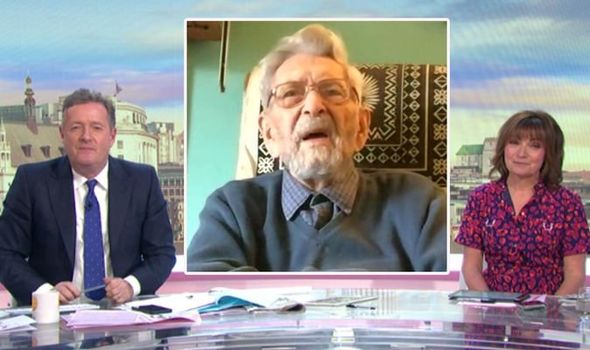 “I don’t hand out advice. I learned my lesson because if they follow your advice and do what you say and it ends in catastrophe, you are to blame.

“The younger generation make up their own minds anyway,” Mr Weighton added, before saying: “Giving out advice is pretty useless.”