25 One-Season Shows You Need to Watch, From 'The Get Down' to 'High Fidelity' (Photos)

Not every show can get the full run it deserves 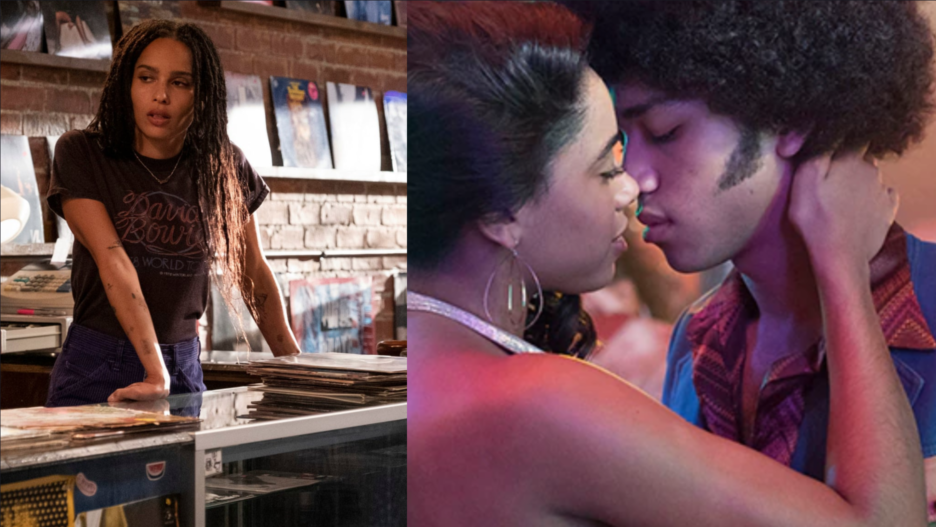 It’s always a letdown when shows don’t get to shine. Even worse is when a series shows so much potential but gets canceled after only one season. Many of them go on to become cult classics, but we still have to wonder what could’ve happened if they went on for longer. C’est la vie.

ABC sought to capitalize on the popularity of “Star Wars” with a space epic, spending a then unheard-of $8 million on the pilot episode alone. But after initial success, ratings lagged and the show was canceled. A letter-writing campaign led to a 10-episode revival called “Galactica 1980” — and then a full-scale revival by the Sci-Fi network (as it was then called) with a three-hour movie in 2003 and four-season run starting in 2004. Stream the original series on Tubi.

Leslie Nielsen, who surprised audiences with a gift for comedy in the 1980 parody film “Airplane!” starred in this short-lived sitcom sending up cop shows. The series lasted only six episodes but spawned the “Naked Gun” movie franchise.

This early 1990s show about weird suburbia sounds like a less violent version of “Twin Peaks.” A kid moves to the strange town of Eerie only to be confronted with several extraordinary and increasingly ridiculous scenarios. Dogs talked, Elvis showed up, and by the end, the characters were breaking the fourth wall. It was ahead of its time.

Just watch it because it’s a show starring Bruce Campbell. If you’re a Campbell fan, we don’t need to convince you. If you’re not, why aren’t you? You can watch this Western on Youtube here.

It’s worth watching just to see baby versions of people like James Franco, Jason Siegel, Seth Rogan, Busy Phillips, and others, but it’s also a genuine take on high school and the constant need to feel like you belong. Stream this classic on Hulu.

This innovative show paved the way for a host of angsty teen dramedies. It also introduced the world to major stars like Claire Danes and Jared Leto. You can watch the full series on ABC online here.

Think of this as the sequel to “Freaks and Geeks” that you never actually got. While not as good as its predecessor, the Judd Apatow-produced sitcom takes many of the same actors and sends them to college. Apatow noted on Twitter that all episodes of “Undeclared” are available for free on Youtube.

The cult TV show to top all cult TV shows. The one-season Joss Whedon sci-fi epic told the tale of a crew of smugglers on the spaceship Serenity and their adventures on the fringes of a broken society. It was famously canceled after only 12 episodes, but was able to complete its journey thanks to companion film “Serenity.”  Stream this sci-fi western on Amazon Prime Video.

Ever wanted to see how JFK, Abraham Lincoln, Cleopatra, and Ghandi would deal going to high school together? “Clone High” has a ridiculous premise — the clones of historical figures are raised by the U.S. military — but the absurdity and the endless quotes make it worth the watch. Stream “Clone High” on Paramount Plus.

In typical Bryan Fuller fashion, “Wonderfalls” had a quirky and dark premise for a comedy. A woman is directed by inanimate objects to help people in need. It was canceled after four episodes, but was able to finish out its first season on other networks, where it gained a cult following.

Amazon resurrected the character in a new series starring Peter Serafinowicz, but the one most people remember is from 2001 and stars Patrick Warburton as the delusional superhero. In just 10 episodes, Warburton proves why his deadpan, physically intimidating portrayal of the character has endured. You can stream this pick on Amazon Prime Video.

Back when “Tremors” was a franchise you could get behind, the series version, which of course only lasted one season, really attempted to expand the universe. It fleshed out the characters in Perfection Valley and gave them even more experiments to fight. It’s more of a novelty than anything, but it’s fun.

This was Patrick Swayze’s last acting role before he died of pancreatic cancer, and his turn in the crime drama didn’t disappoint. The A&E show was grittier than expected, and is worth watching for Swayze’s performance alone. Watch this series on Amazon Prime Video.

It couldn’t find an audience, but this loose take on the biblical story of King David used mythology and combined it with modern political warfare, intrigue, and just enough fantasy to make it feel new. Ian McShane is beautifully cast as a king who believes he’s a monarch by divine right, but he’s only a part of an amazing ensemble that includes Christopher Egan, Sebastian Stan, Susanna Thompson, and many more. Stream “Kings” on Amazon Prime Video.

It drags a bit in the middle, but the sci-fi series sets up one of the most fascinating worlds in TV’s history. Here, a family helps to set up a colony 85 million years in the past. So things you have to look forward to: dinosaurs. Lots of dinosaurs. You can watch “Terra Nova” online through Amazon Prime Video.

Christina Ricci needs to be working a lot more. “Pan Am” followed the crew on the incredibly dated Pan American Airways, which rose to prominence in the 1960s. Watch the one-season show to see a young Margot Robbie and for its style and its female empowerment narrative. Stream this series on Crackle here.

In between “Gilmore Girls” and the “Gilmore Girls” revival Amy Sherman-Palladino put out “Bunheads,” a drama about a Las Vegas showgirl that winds up in a small town ballet school. The show combined Sherman-Palladino’s famous banter and the personal drama that makes you care about characters. Plus, some of the dance sequences are incredible. Watch this light show on Hulu, Youtube TV or Amazon Prime Video.

This drama was about a hardened cop (Karl Urban) who’s paired up with an android (Michael Ealy) to solve crimes. It was, at its core, a police procedural but it was heightened by the high-quality special effects, the heavy sci-fi, and the chemistry between the two leads. Plus, there was so much to explore in the world that was created. Stream this pick on Apple TV.

We can understand if you wrote this off at first (that title is awful), but “Trophy Wife” turned out to be a sweet family comedy. The excellent cast, led by Malin Ackerman and Bradley Whitford, only added to the entertainment value. Stream “Trophy Wife” on ABC or Amazon Prime Video.

People have tried to adapt the comics character to the screen multiple times (remember Keanu Reeves’ version?) but in one season, Matt Ryan proved why he still voices the DC demon hunter. The NBC show was funny, but created high stakes situations for Constantine to get himself out of. However, it got the Friday night death slot, dooming it to cancellation. Stream “Constantine” on Amazon Prime Video.

This is another show with a great cast and a terrible premise. Many disregarded the show, which starred Karen Gillan and John Cho, because of its apparent hatred towards social media (it was about a woman who was too obsessed with social media). However, it did eventually dig into the relationship between the two and they both had amazing chemistry.

The Baz Luhrmann Netflix series about the rise of hip-hop contains great music and set pieces that make it easy to binge-watch and enjoy. That’s not including the great leads, which instill the characters with an electrifying innocence and humanity. However, the streaming service canceled it after one season. Watch “The Get Down” on Netflix.

This Paramount comedy follows Bonnie, played by Alicia Silverstone, as she and her friends navigate independence during the women’s movement in the ’70s. Inspired by the life of “Real Housewives” star Kyle Richards, this show failed to earn a second season. You can stream this light flick on Vudu.

The adaptation of the Israeli romantic comedy series starred “Dynasty” actress Nathalie Kelley as celebrity Noa Hamilton, who whisks a Cuban baker — and his family — into her glamorous world of fame. When ABC failed to give the show a second season, the cast created a petition to get the show renewed for a second season that garnered over 200,000 signatures. Other Latinx talent, including Gloria Calderón Kellett, rallied for this cause, hoping to save “one of the few positive portrayals of a Latinx family on network TV.” Stream this family comedy on Netflix.

The gender-flipped series based on Nick Hornby’s 1995 novel starred Zoë Kravitz as Robyn, a music fanatic and owner of a record store. After being cancelled after just one season, Kravitz criticized Hulu for its lack of diverse shows. You can stream “High Fidelity” on Hulu.