It’s pretty amazing that none of the people involved in the “Jackass” franchise hasn’t been seriously hurt, maimed, or killed. The whole point of the franchise is to pull off stunts that would probably kill anyone else. But somehow, no one has sustained a serious injury during filming.

Still, “Jackass” star Steve-O hasn’t had the easiest time. In 2002, he stapled his scrotum to his thigh, which got him an obscenity charge and a threat of jail time, per MTV. He’s pierced his butt cheeks together, snorted live worms, and pulled them out of his mouth.

He’s been human shark bait — he pierced his cheek with a hook and had Johnny Knoxville pull him through the Gulf of Mexico in search of sharks, per Page Six. He tried to wear a Peruvian jellyfish — which releases a toxic mucus when it is stressed out — as a hat. He also stuck fireworks up his butt and lit them. And he once snorted wasabi, per TVOverMind.

If you’re wondering if this is a lucrative line of work, it sort of is. Steve-O has a net worth of $2.5 million, per Celebrity Net Worth. (Still, don’t try these stunts at home.)

But now, in a promo video for “Jackass 4,” Steve-O revealed what may be his craziest (and most foolish) stunt of all time.

Steve-O enlisted the help of a doctor to paralyze him 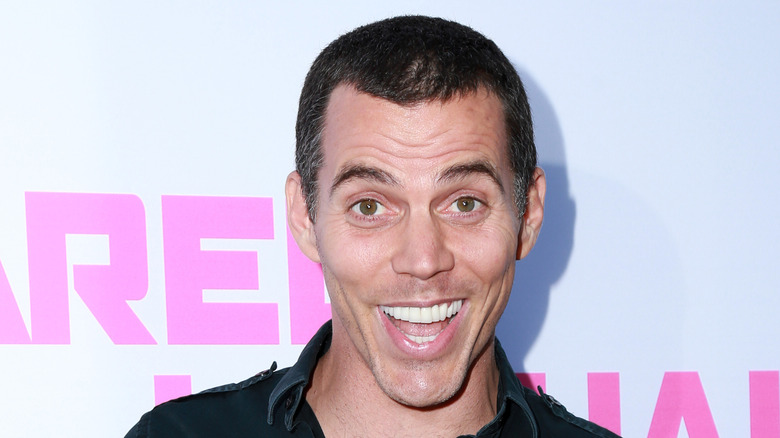 At some point, you have to think that Steve-O’s body will just metaphorically yell “STOP!” during a stunt. And his latest stunt is possibly the most extreme one yet, which is saying a lot considering all of his previous antics. Steve-O revealed that he somehow convinced a doctor to give him a shot that paralyzed him from the waist down.

About this stunt, he said, “I might have actually talked a doctor into dressing up as a clown so that he could put a four-inch needle into my spine and inject me with a drug that would paralyze me from the waist down while I was sprinting and before all kinds of terrible s*** happened to me,” per People.

Steve-O basically had an epidural. The video is available here, but be warned: it is bloody and NSFW. People points out that it is unclear whether this stunt will appear in “Jackass 4,” which is set for release on Paramount+ on October 22.