Buckingham Palace confirmed that Prince Philip had passed away on Friday at the age of 99. On Saturday, the Royal Family broke its silence by paying tribute in a heartfelt post. The moving tweet shared by the Royal Family’s official account featured a portrait of the Queen and Philip by photographer Annie Liebovitz and contained a quote from the Queen’s Golden Wedding Anniversary speech in which she showered her husband with praise.

Tributes to the Duke have poured in from people far and wide as they paid their respects to the Royal Family.

Journalist and news broadcaster Anne Diamond spoke to Sky News today where she explained that there will be millions of people all over the world who will feel “tremendous sympathy for the Queen” as she adjusts to life as a widow.

“Even if you’ve got people around you and nothing matches the relationship you had with that one very special person.” 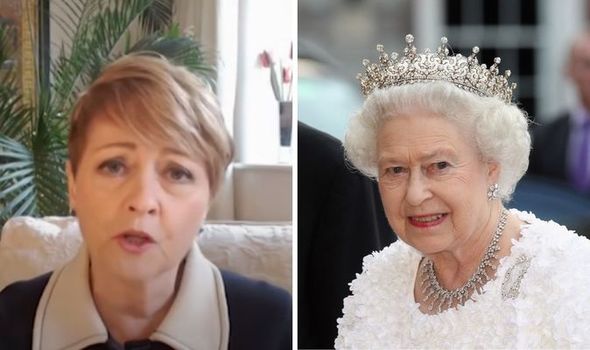 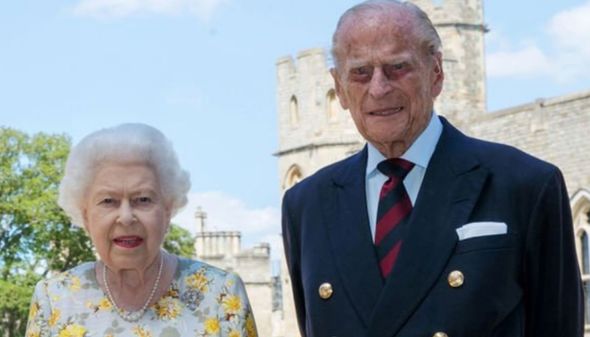 She continued: “So, I think anybody who has been through that could read this piece and will feel tremendous heart and sympathy for the Queen.

“She will be surrounded by people who want the very best for her always, and she’ll be able to take her corgis out for a brisk walk, which is what she does apparently whenever she needs to get over any trauma.”

Trying to choke back the tears, Anne added: “But she won’t have him by her side. And that just becomes more and more sad the more you think about it.”

It comes after the Queen’s son Prince Andrew spoke out for the first time following a memorial for the Duke on Sunday. 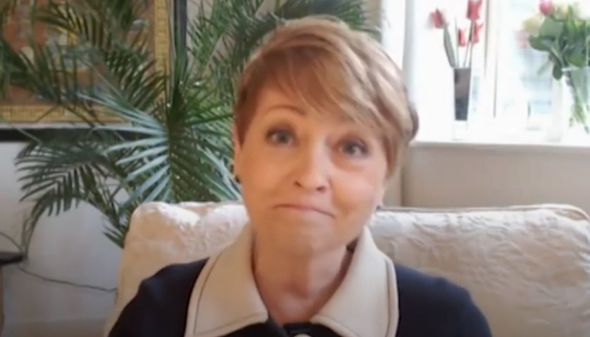 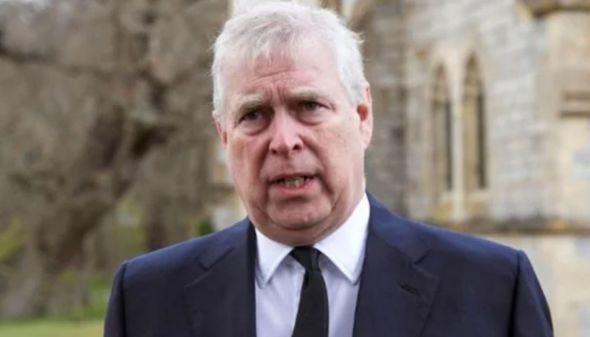 Andrew said the Queen has described the death of the Duke of Edinburgh as “having left a huge void in her life.”

He shared the revelation while speaking outside the Royal Chapel of All Saints at Royal Lodge, Windsor, today.

Another of the Queen’s sons Prince Edward also attended the service with his wife Sophie, Countess of Wessex and their daughter Lady Louise Windsor, 17.

Andrew described the Queen as “an incredibly stoic person”, as he gave an update as to how the Royal Family were doing.

The Duke of York said:  “The Queen as you would expect is an incredibly stoic person.”

“She described his passing as a miracle and she’s contemplating, I think is the way that I would put it.

“She described it as having left a huge void in her life but we, the family, the ones that are close, are rallying round to make sure that we’re there to support her.”

The Queen entered an eight-day period of mourning following the Duke of Edinburgh’s death on Friday and will not carry out official engagements in that time.

On Saturday she signed off on plans for Philip’s funeral which is due to be a private affair at St George’s Chapel in Windsor on Saturday, April 17.

While the coronavirus pandemic means only 30 guests will be able to attend Philip’s funeral it is due to be broadcast on national television.

His coffin will be accompanied by a small military parade and followed by a number of senior royals as it travels from the quadrangle at Windsor to the chapel on Saturday.

The Queen and Philip’s, four children, their eight grandchildren and 10 great-grandchildren are almost all expected to attend the Duke’s funeral.

Prince Harry is understood to be travelling back from the USA ahead of the important event.