Later this month Netflix’s next big blockbuster hits the streaming service: Army of the Dead. The film comes from famed Hollywood director Zack Snyder, who is best known for producing the DC Comics films Man of Steel, Batman V Superman: Dawn of Justice and Justice League. His new zombie movie features a team of eccentric killers taking on hordes of the undead to open a locked safe in Las Vegas while finding out a lot about themselves along the way. The team is led by Scott Ward, who is played by Bautista.

In an exclusive chat with Express.co.uk Bautista compared working with Netflix and Snyder to his longtime employers Marvel and director James Gun.

So far, his MCU character Drax has appeared in the Guardians of the Galaxy series and two of the Avengers movies, Infinity War and Endgame.

As the lead in Army of the Dead Bautista had the ability to shake things up as Scott Ward with Snyder by his side.

This is something he wasn’t used to, Bautista told us, as he said playing Drax leaves him in the backbenches.

The actor said of working with Marvel: “Not being a lead, not having anything to do with the production, I don’t have a lot of freedom. I’m kind of just there.” 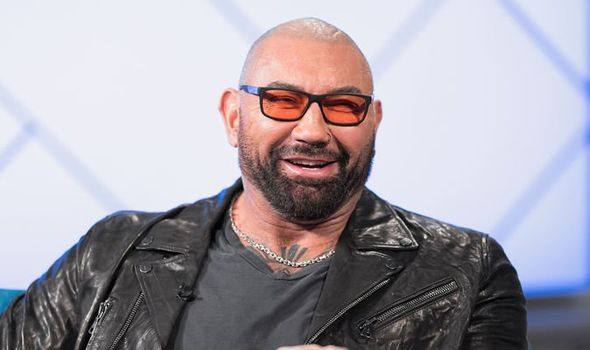 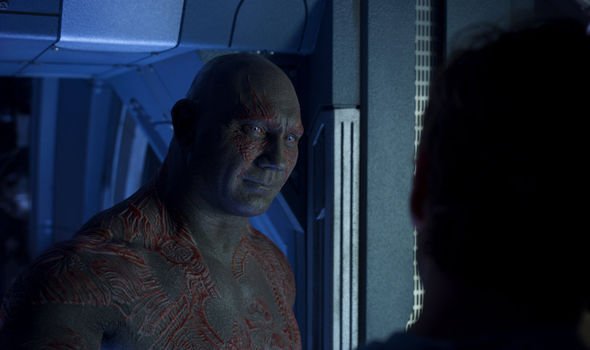 Bautista continued: “I’m a hired actor, I’m told what to do, I’m directed what to do. There’s not a massive amount to contribute to the character.

“It felt much more of a relaxed process on Army of the Dead. I felt much more like I was collaborating or contributing rather than just working for someone.”

He added: “On the Marvel films I feel like I’m working for someone. I always feel like it’s still a job.

“I never went to work on Army of the Dead thinking: ‘I can’t change things up, I can’t do things differently, I can’t add this.'” 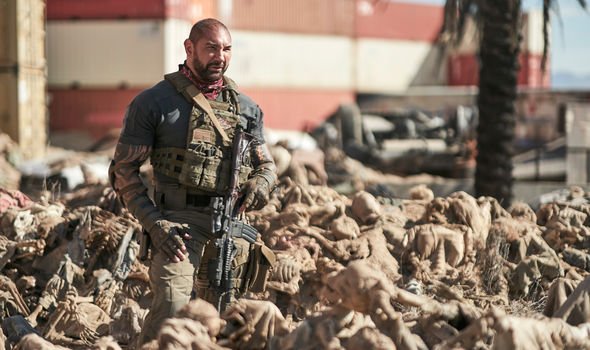 Trailer: Guardians of the Galaxy Vol. 2

Speaking about past acting roles, Bautista said: “In the past, I’ve not been given the freedom.

“Zack [Snyder] let me take lines that were for Scott which he didn’t think were right for Scott.

“I felt like I was going to work every day and contributing.”

That isn’t to say that he hated working with Marvel, however. The 52-year-old actor noted that he is extremely loyal to the company and his close friend and director, Gunn, who helmed the Guardians of the Galaxy series.

Bautista also showed a lot of love for his Marvel character, Drax.

He said: “The thing is, I’m so comfortable playing Drax. I’ve done so many films as Drax now.”

But will the loveable buffoonish character change after the actor has worked so closely with Snyder? “I’m not going to learn how to make Drax a better character from Army of the Dead. He’s not going to change.

Bautista continued: “So I don’t think my performance in Army of the Dead will influence anything I do in a Marvel film as Drax.”

He laughed: “I’m in cruise control with Drax! I know him so well.

“I think, more than anything else, it’ll be back into that comfort zone with Drax. It’s that luxury. Once I get through that make up which is always a nightmare for me!”

The Avengers and Guardians of the Galaxy films are available on Disney Plus now.