AVRIL Lavigne made her debut on TikTok on Monday, shocking fans by how little her appearance has changed since her teen years.

The 36-year-old Canadian singer dropped a video of her lip-synching to her 2002 classic song, Sk8er Boi, with a special guest star – skater Tony Hawk. 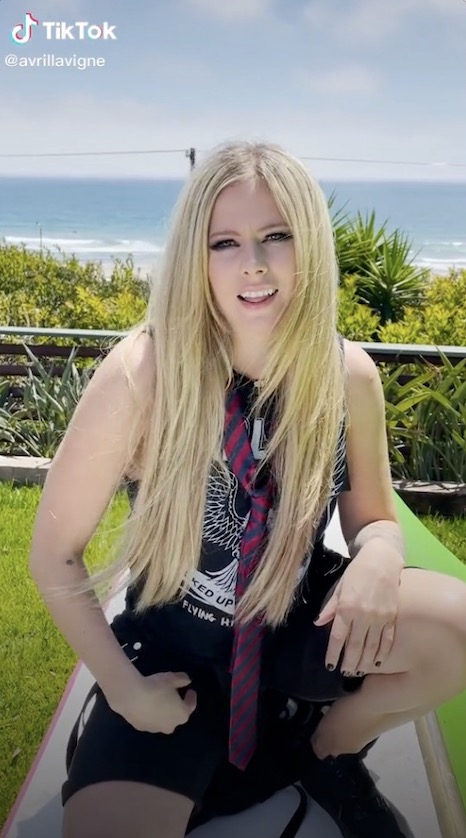 With her first post on the video-sharing platform, Avril gave fans a dose of nostalgia by mouthing the words to her hit song while dressed in black shorts and a sleeveless T-shirt.

She completed the look with a red and blue striped tie, reminiscent of the one she wore in her 2002 music video.

With the same long, straight hair, black-lined eyes, and punk-rock attitude, fans couldn’t believe how Avril could look “exactly the same” at 36 as when she came on the scene at 17.

One user commented on the TikTok: “YOU HAVE NOT AGED ON BIT HOW” 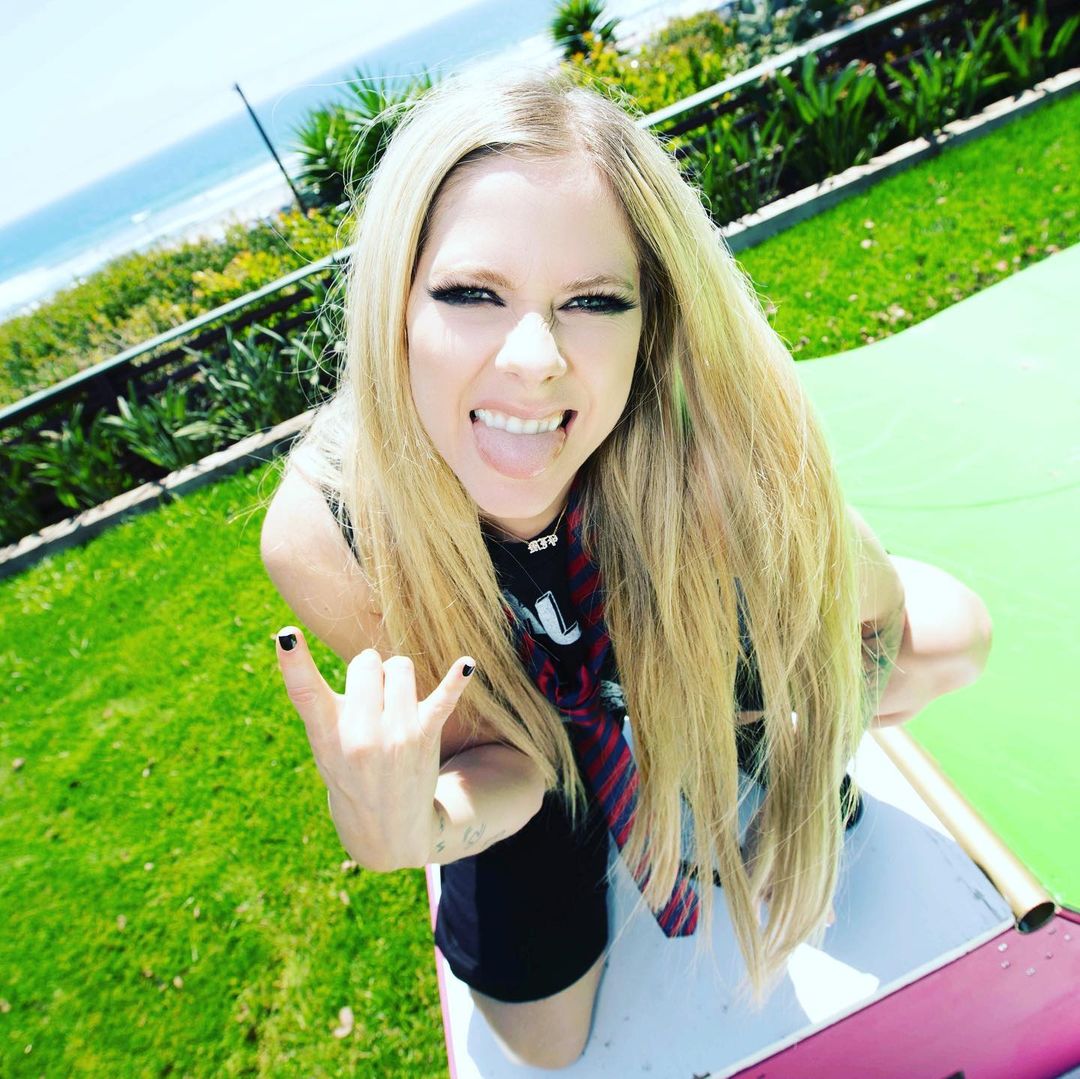 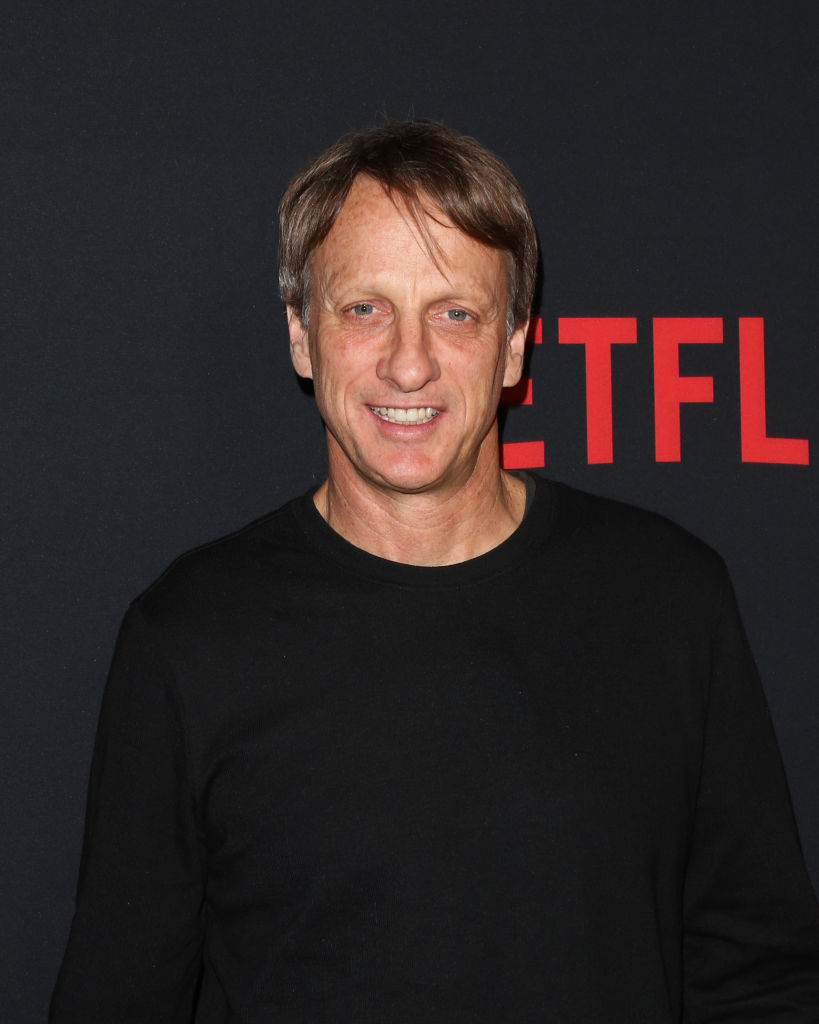 Another jokingly asked: “So… we all just non-aging vampires now?!”

A third wrote: “Aging who? Never heard of her.”

Others asked the singer for her “beauty secrets” and wondered how she could just “wake up and decide she’s 20 years old.”

As the song got to the chorus, "He was a skater boy, she said, 'See ya later, boy,'" the camera shifted from Avril to professional skateboarder Tony.

He's seen wearing the same colored tie as her with a black t-shirt underneath as he performed stunts on a beachfront ramp. 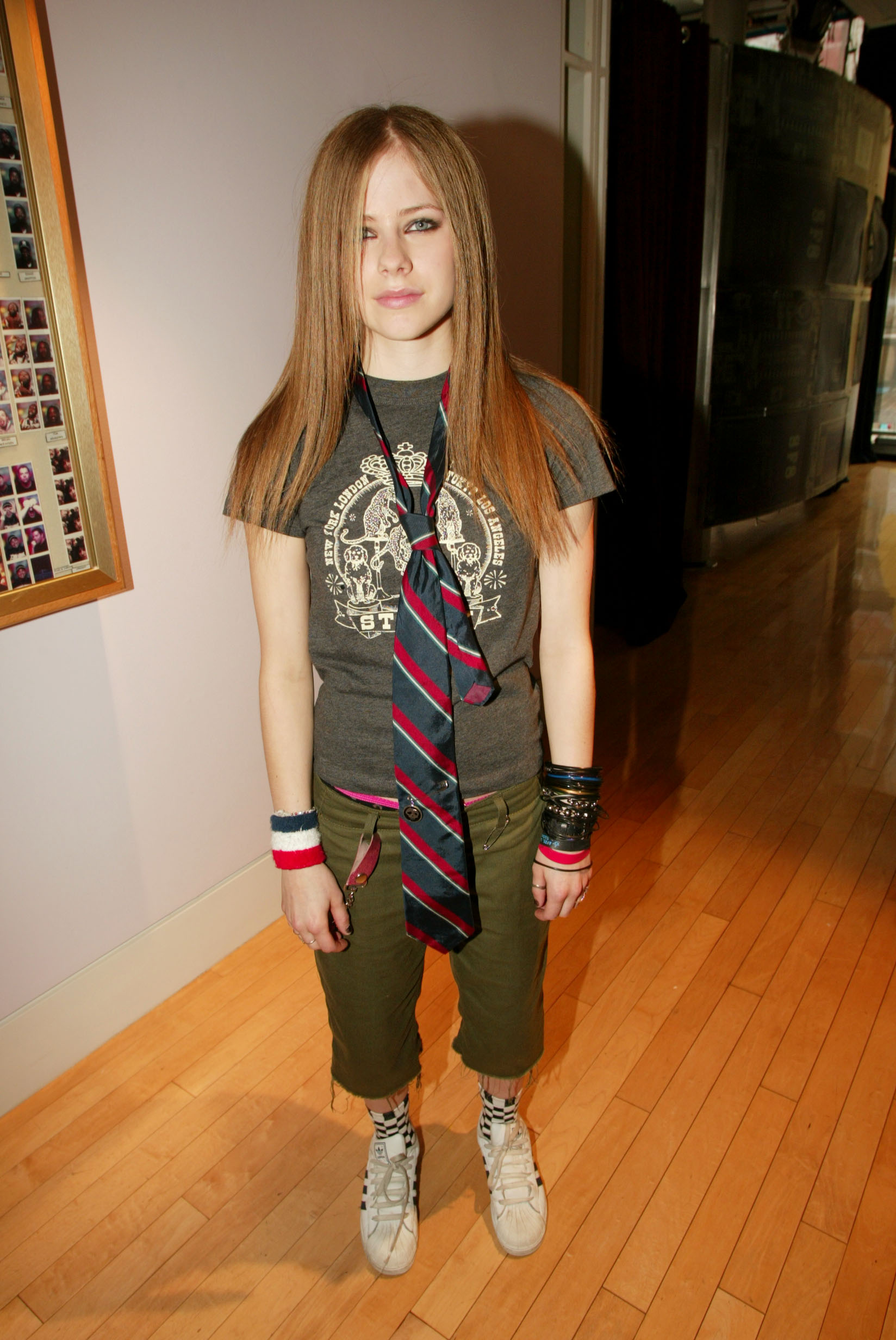 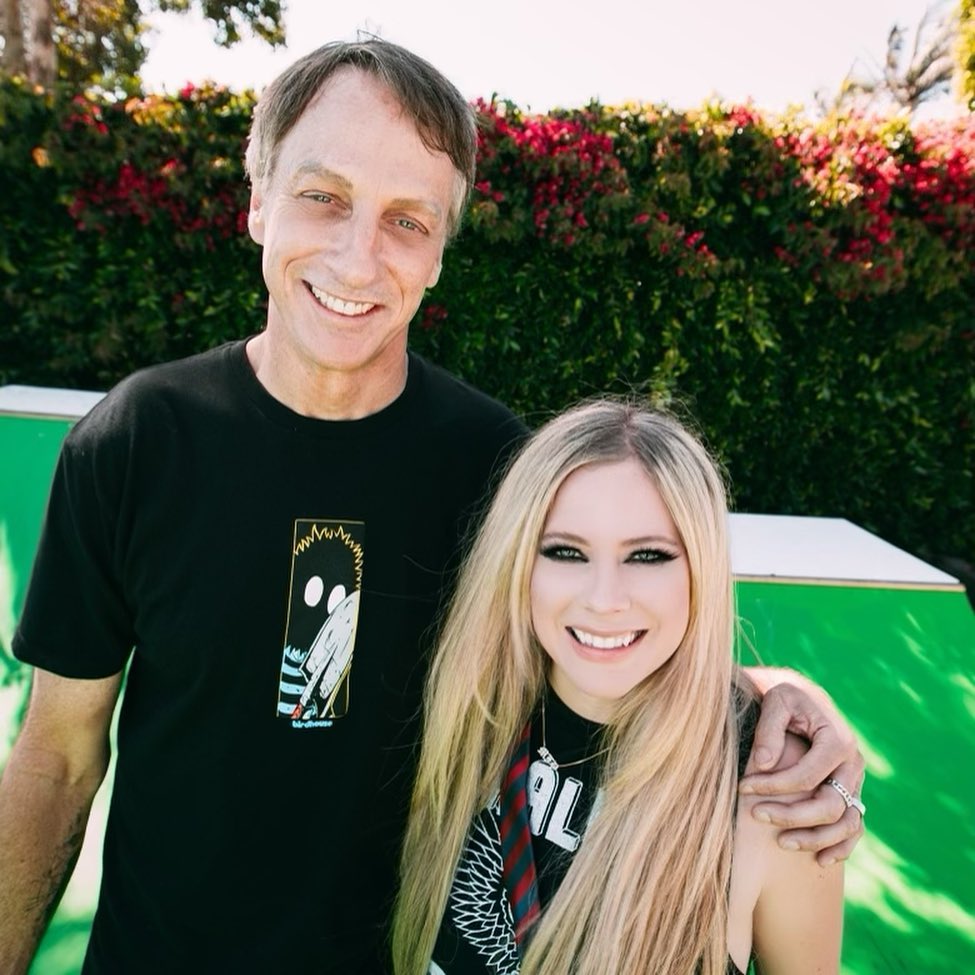 The TikTok video was timed to coincide with Go Skateboarding Day, an annual celebration of the sport that first began in California in 2004.

Fans loved seeing the two "icons" together, calling it “the collab we all wanted in middle school.”

Tony's a legendary skateboarder who vaulted the sport into the mainstream in the latter part of the 20th century. 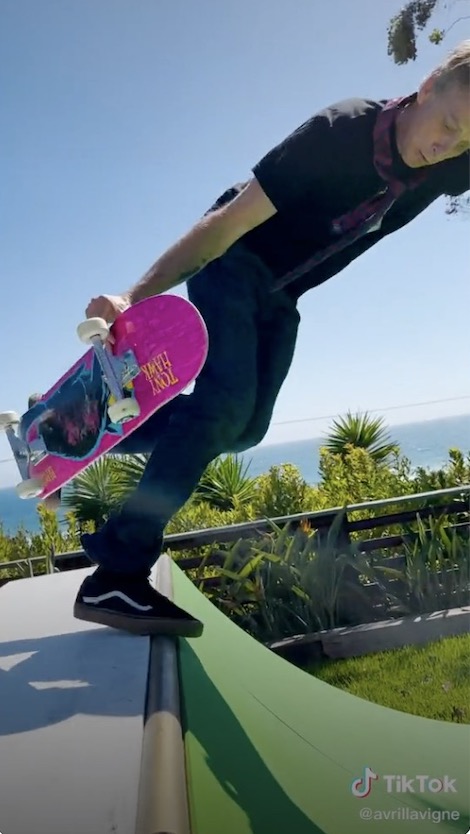 He's the highest-earning professional skateboarder in history, and his eponymous video game has generated billions in revenue.

Avril, who was diagnosed with Lyme disease after her 30th birthday and battled it for years, released her sixth studio album, Head Above Water, in 2019.