The GBBO contestant found herself in a sticky situation after her creation went slightly off piste.

She was supposed to be baking a piece inspired by a naked man in a swimming pool.

The four celebs competing including Alex, Alison Hammond, Joe Sugg and James Blunt were challenged to make impressive tray-bakes – but it didn’t quite go to plan. 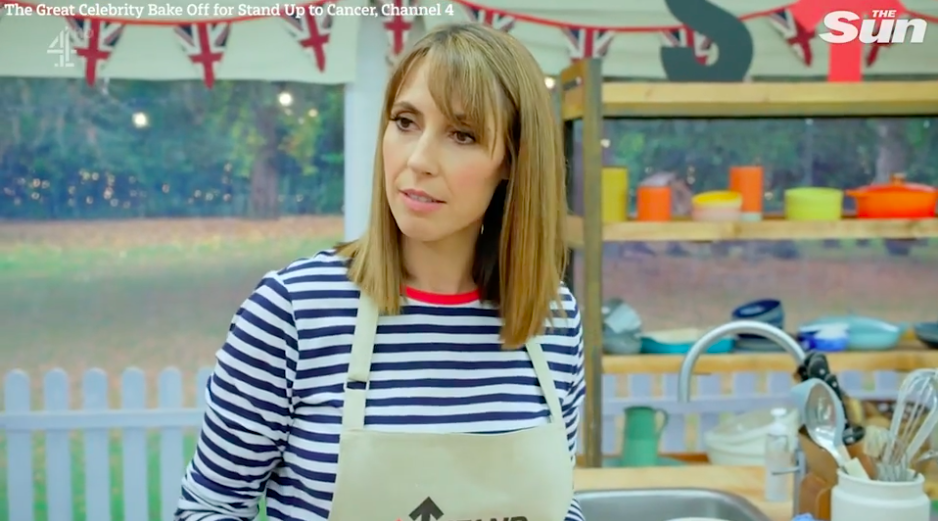 The One Show host had viewers in pieces as she presented the dodgy looking edible display.

The 44-year-old's debut on the C4 show came on the same night as she said a tearful goodbye to co-presenter Matt Baker after nine years on the show.

But hilarity ensued as she left viewers in stitches. 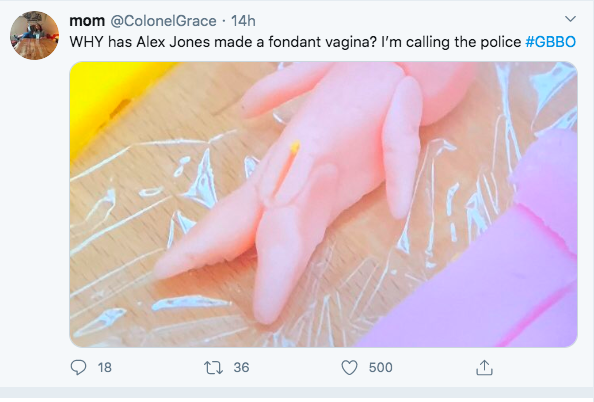 One confused viewer wrote on Twitter: "WHY has Alex Jones made a fondant vagina? I'm calling the police."

Another fan laughed: “Um did we all see a fondant vagina?"

Another added: ”I’m a bit behind but did Alex's little person have her vagina fully on show or was that just my twisted mind?"

Another wrote: 'That was an actual vagina made of fondant."

The Welsh host failed to fully explain what had actually happened to her work of art and left fans confused and bewildered. 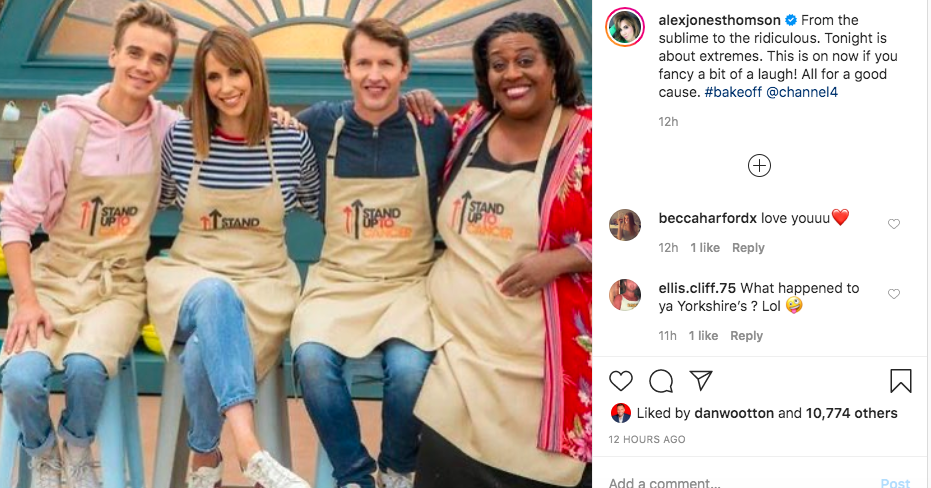 Her appearance didn’t get much better on the baking show as she needed medical attention after a mixing bowl shattered and cut her finger.

But it was fellow contestant Joe who was the most dramatic as he FAINTED after seeing the sight of her blood. 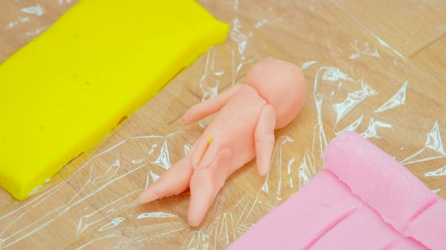 When he saw the paramedic, Joe said: “I might need to sit outside for a bit.” Then fainted.

Hardcore Alex uploaded a picture of the foursome on social media, captioning it: "From the sublime to the ridiculous. Tonight is about extremes.

"This is on now if you fancy a bit of a laugh. All for a good cause." 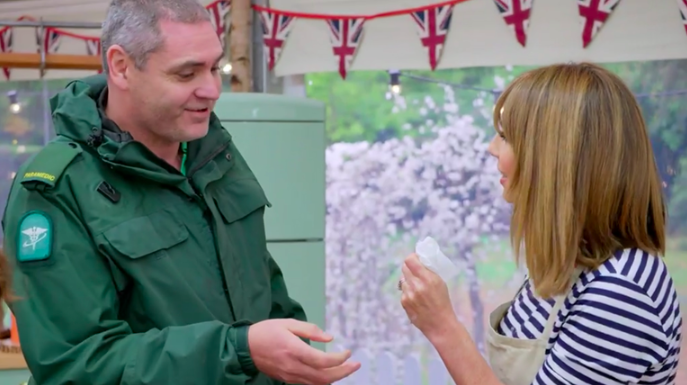 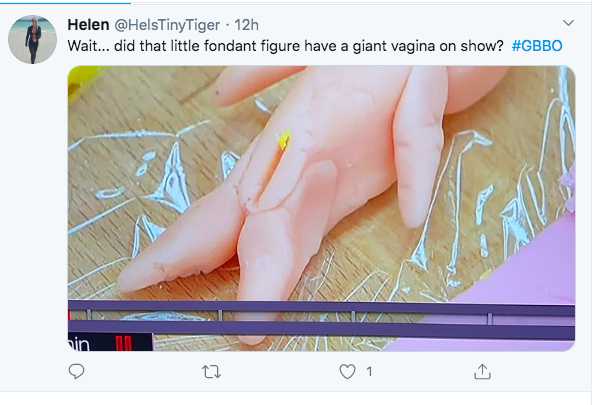 Alison Hammond also entertained viewers with her usual charm as fans requested she receive a 'Damehood.'

The Great Celebrity Bake Off is back on tele later this year with a new hunt to fine Britain’s best baker.

New host Matt Lucas will be starring alongside Noel Fielding as Sandi Toksvig makes her exit.