Ever wondered what you’d get if you crossed the Great British Bake Off with Robot Wars?

The answer is Netflix’s wonderfully geeky new series Baking Impossible, which fuses food with science in a series of increasingly bizarre ways.

Like a gastronomic edition of Scrapheap Challenge, the competition sees bakers and engineers join forces in order to construct edible creations, which are then put through a series of punishing stress tests.

The show might take a much more scientific approach, but the shadow of Bake Off inevitably looms large throughout – especially as Bake Off alumni and aerospace engineer Andrew Smyth acts as head judge, having impressed with his precision backes in the tent back in 2016.

Rather than easing the contestants in gently, the first challenge overseen by Andrew sees them tasked with creating a sailboat entirely out of cake. It can’t just look like a boat, either. Instead, it has to actually stay afloat for a total of 45 seconds and withstand seven knots of wind.

Teams set out to build catamarans made of Rice Krispie cake, Viking longboats made of chocolate, and (in a grim turn of events which left us feeling a little queasy) a canoe-shaped craft kept afloat with inflated sausage casings. 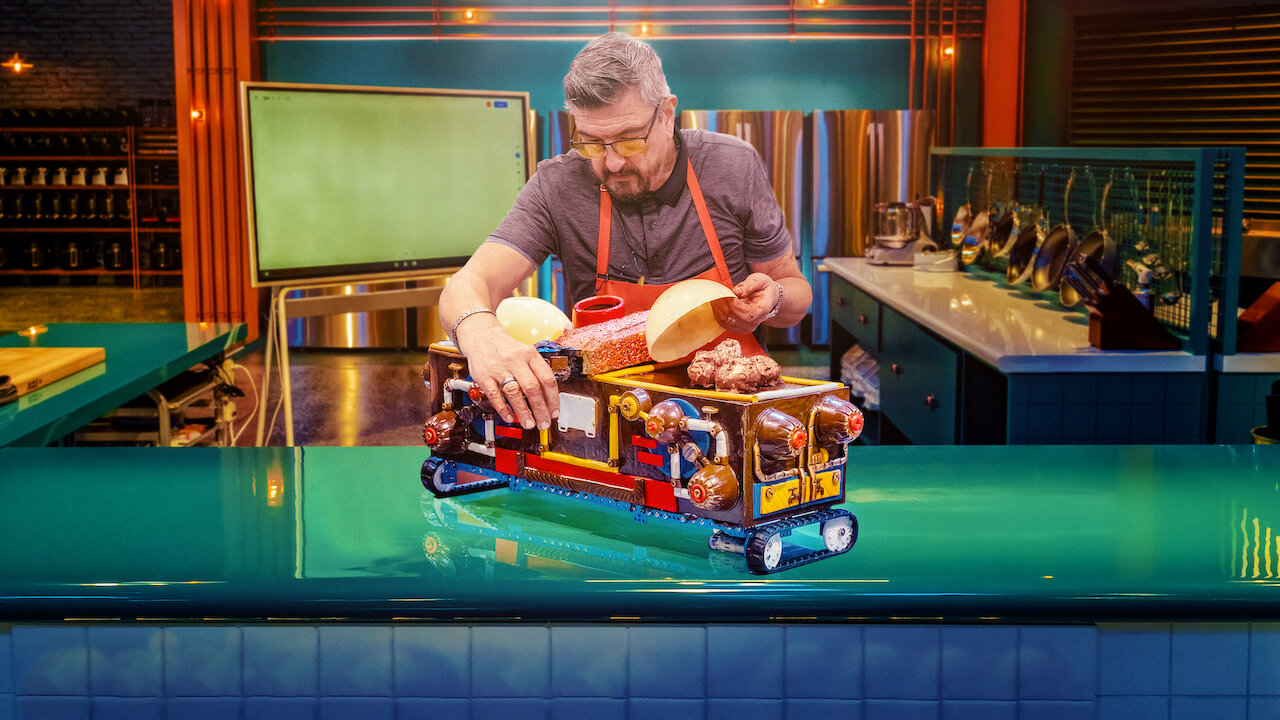 Safe to say, the end products are more functional than mouth-watering, and that’s the show’s biggest issue; with the emphasis placed on the practicality of the creations, nothing on screen really looks all that delicious.

The judging of the flavours feels like an afterthought, but for sheer novelty value, it’s as fun a curiosity piece as you’re likely to see in the world of foodie reality TV.

The show’s format doesn’t allow the personalities of the contestants to shine through as much as the Bake Off, either. But when the creations are this impressive it’s no surprise. Most of them are so staggering that everything else pales into insignificance.

Did we know we needed a show like this in our lives? Honestly, no. But even just minutes into the first episode, we’re treated to footage of a go-kart made of cake slamming into a wall, a woman walking a runway wearing a huge costume resembling a bunch of grapes, and a selection of jaw-dropping creations the size of small buildings – all of which make the Bake Off showstoppers look like child’s play.

Bonkers, brilliant and bingeable, this is Bake Off on steroids. Tuck in.

Baking Impossible is available to stream on Netflix now.