Batman: Michael Keaton speaks out on returning WITH Ben Affleck and Christian Bale

We’re not sure how many Batmans it takes to change a lightbulb, but the DC Extended Universe looks set to pack the screen with way more Waynes than ever seen before. The upcoming Flashpoint solo Flash movie already has Ben Affleck confirmed as the incumbent Caped Crusader. The new Robert Pattinson incarnation will, for the time being, remain in an entirely separate dimension. However, Flashpoint will unlock the Speed force to open up other dimensions, including the ones with Bale and Keaton’s iconic versions.

Both actors are heavily reported to be “in talks” with Bale apparently happy to return as long as his own Batman director, Christopher Nolan, approves.

Keaton appeared on the Jimmy Kimmel Live programme last night and opened up about slipping back into the cape.

The actor, who launched the modern era’s DC movies with Tim Burton’s 1989 Batman and 1992 Batman Returns, admitted: “We’re having discussions, as they say.”

SCROLL DOWN TO WATCH THE FULL INTERVIEW 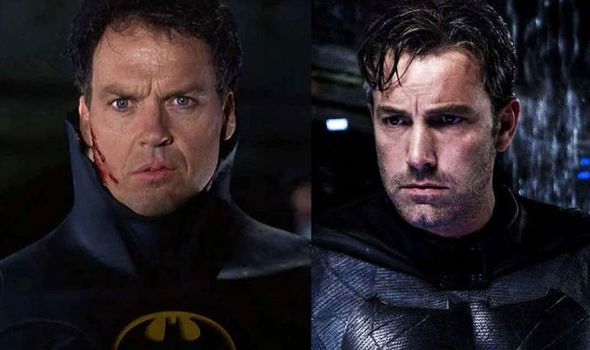 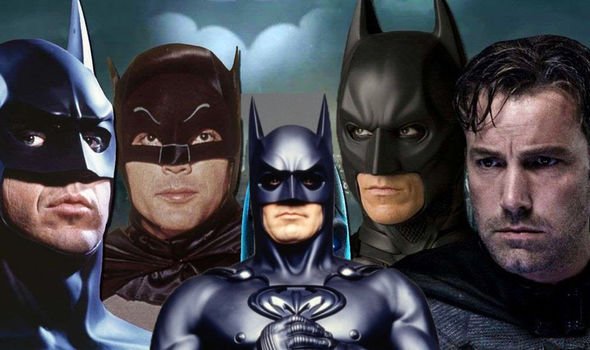 The director of the Flash movie, Andres Muschietti, recently said Keaton will be appearing as Batman.

The actor told Jimmy Kimmel that nothing was set in stone yet: “I can’t confirm anything. We’ll see if it happens.”

The host suggested they could start bringing back every Batman actor including Adam West and.. Kanye West.”

He also gave his insider expert opinion on who the best Batman actor of all time was.

Most polls usually place Bale as the favourite Batman, but Keaton always makes a strong showing.

He remains hugely popular and influential in the role, certainly more so than the much-maligned attempts by George Clooney and Val Killmer.

Asked point-blank who the best was, he didn’t hesitate: “Me.”

Even more extraordinarily (or confusingly), there are also rumours of other Justice League superheroes crossing over into the Pattinson Batman movie, helmed by Matt Reeves.

Pictures leaked on Twitter showed scenes being filmed in London. A figure can very clearly be seen in a classic, brightly-coloured, Superman costume.

So far, the consensus seems to be that it is more likely to be some kind of Easter Egg nod with characters in cosplay or fancy dress than the actual Son of Krypton making an appearance.