BBC to launch investigation into 2016 rehiring of Martin Bashir 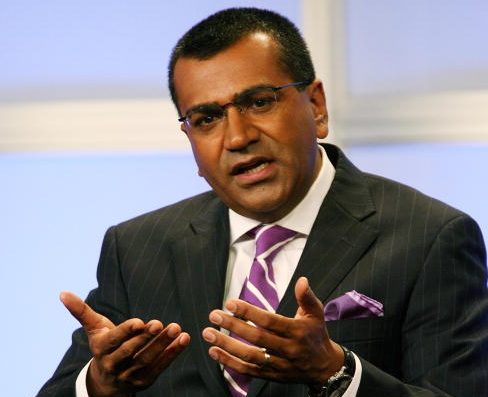 BBC chairman Richard Sharp has said there will be an investigation into why Martin Bashir was rehired by the broadcaster in 2016 after initially departing in 1999.

The BBC has confirmed it will launch an inquiry into its editorial practises after Bashir was found to have deceived Princess Diana into giving an explosive Panorama interview in 1995, commissioning false bank statements to secure the exclusive tell all.

Sharp, the former chairman of principal investment in Europe at financial services giant Goldman Sachs, who took over the role earlier in 2021, blasted Bashir over his methods and said the BBC failed to uphold ‘governance, accountability and scrutiny’.

He told World At One on BBC Radio 4: ‘There’s no doubt, and the Dyson report reveals this, that the practices adopted in advance of the interview were entirely unacceptable in any ethical news journalism and broadcasting entity and that was a clear failure.

‘Subsequently, it’s also clear that the approach to reviewing the programme and the practices failed and that’s a separate failure which was identified in the prince’s (Duke of Cambridge) statement to do with one of governance, accountability and scrutiny.’

Sharp said Tim Davie, who took over as director-general from Lord Hall last year, was ‘looking into the hiring process as the executive’.

He continued: ‘I trust the executive to handle the sensitivity of these processes when it comes to the nuance between somebody resigning and somebody being fired, where we have different legal, quite right, appropriate legal protections.

‘I expect them to handle it in a way that’s best for the organisation.

‘I take comfort from the fact that Martin Bashir is no longer here. I don’t take comfort yet from understanding why he was rehired. We will find that out.’

Sharp was also asked why senior BBC figures had not made any public appearances sooner.

‘I asked myself that question because I know the people of the BBC by definition operate in the media world and what they did have was Tim Davie on the television immediately on Thursday,’ he said.

I take comfort from the fact that Martin Bashir is no longer here. I don’t take comfort yet from understanding why he was rehired.

‘It may seem like a long few days but it is also worth us reflecting and deliberating on the reactions and making sure that our response is appropriate and comprehensive to satisfy those concerns.’

Bashir has insisted he ‘never wanted to harm’ Princess Diana and maintained the Princess of Wales was happy with the interview.

‘Everything we did in terms of the interview was as she wanted, from when she wanted to alert the palace, to when it was broadcast, to its contents … My family and I loved her.’

He said he is ‘deeply sorry’ to the Dukes of Cambridge and Sussex, but disputes William’s charge that he fuelled her isolation and paranoia.

Speaking to the Sunday Times, he added: ‘Even in the early 1990s, there were stories and secretly recorded phone calls. I wasn’t the source of any of that.’

Bashir quit the BBC earlier this month, a week before the findings of the damning Lord Dyson report.