'Below Deck': Eddie Lucas Has Always Hated the Slide and Referred To It as 'Five Hours of Pain and Suffering' During Season 2

The monster water slide has always been bosun Eddie Lucas‘ white whale on Below Deck. Lucas groused about having to deal with the massive pile of rubber and hoses six seasons ago, referring to it simply as “five hours of pain and suffering.” 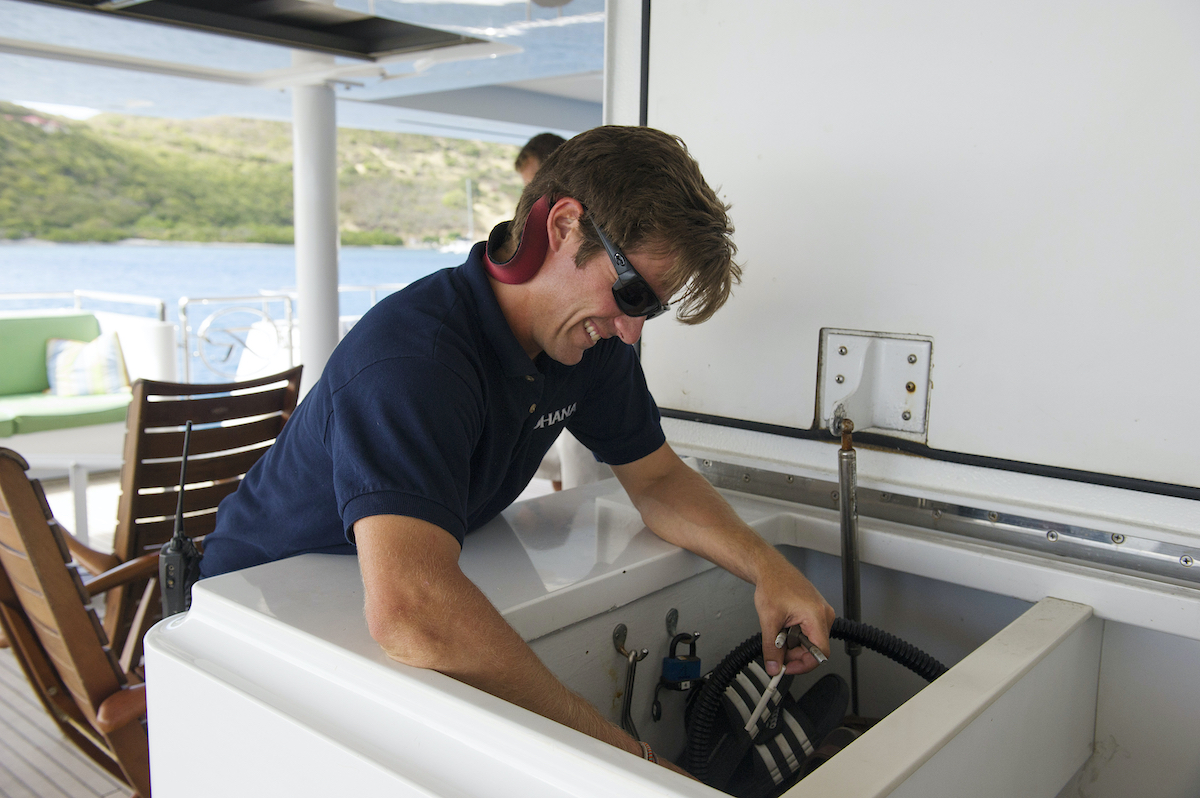 Deckhand Isabelle “Izzy” Wouters shares Lucas’ “love” of the slide, telling the rubber monster “I hate you” as she and James Hough deploy the beast during the latest episode. Lucas reiterates his hatred for the slide too. “I never work with the slide, it’s such a pain in the ass,” Lucas said in a confessional. “I hate it.”

Indeed. In fact Lucas and his season 2 deck team described what it takes to deploy the slide, including the time it takes to prepare it for the guests. Only for a few minutes of use.

No one on the deck team likes the ‘giant, stupid thing!’

Season 2 deckhand Jennice Ontiveros shared Wouters’ sentiment for the water slide. She and deckhand Kelley Johnson, along with Lucas were tasked with preparing the slide for the guests. “Ugh the slide,” she said in a confessional.

“No! That’s gonna be our job to put that giant, stupid thing up!” she added. “We’re short-handed. We don’t want anything to do with the water slide.” At the time the crew was a man down after deckhand Andrew Sturby was fired.

Johnson grumbled, “Ugh, I hope I never have to set this thing up again!” Of course Johnson does face the slide again as he is eventually promoted to bosun for season 4.

Like the current crew, Johnson struggled to move the slide into position, loses his balance, and falls on deck. Johnson’s fall was a lot better than what happened to Lucas during a recent episode. He went overboard (on purpose) to deal with the slide. Rosbach even got involved despite nursing broken ribs.

The slide is about 700 pounds

Lucas offered a little insight into what deckhands deal with when they have to deploy the slide. “The water slide … it weighs like 700 pounds,” Lucas explained during season 2. “It’s huge.”

“The water slide is five hours of pain and suffering,” Lucas added in a confessional. “For one little hour of guest enjoyment.”

Deploying the slide when everything works out well is a total drag. But when it gets twisted, it’s downright frustrating. The slide was upside down during a recent episode, which probably gave Lucas a little PTSD. “This f**king slide had so many pieces,” Wouters exclaimed during the Below Deck After Show. “And different lines and different connection points.

Rosbach observed that Hough was all over the place trying to correct the problem, but Hough wasn’t understanding what needed to be done. “I know the slide better than anybody,” Rosbach laughed. “I felt I needed to help. And God you talk about people freaking out!” Lucas was the one who was freaking out, demanding that Rosbach stop climbing overboard to help, knowing Rosbach was dealing with broken ribs.