Chief stew Jenna MacGillivray from Below Deck Sailing Yacht said the tension with Madison Stalker stemmed from a complex dynamic, but also Stalker’s attitude toward her relationship with chef Adam Glick.

MacGillivray told Showbiz Cheat Sheet the dynamic with Stalker was off from the beginning. “That dynamic between Madison and I happened so quickly,” she said. “We’re just not the same type of person. I’m not saying I’m better. I’m not saying she’s better. It’s just we’re two different people.” 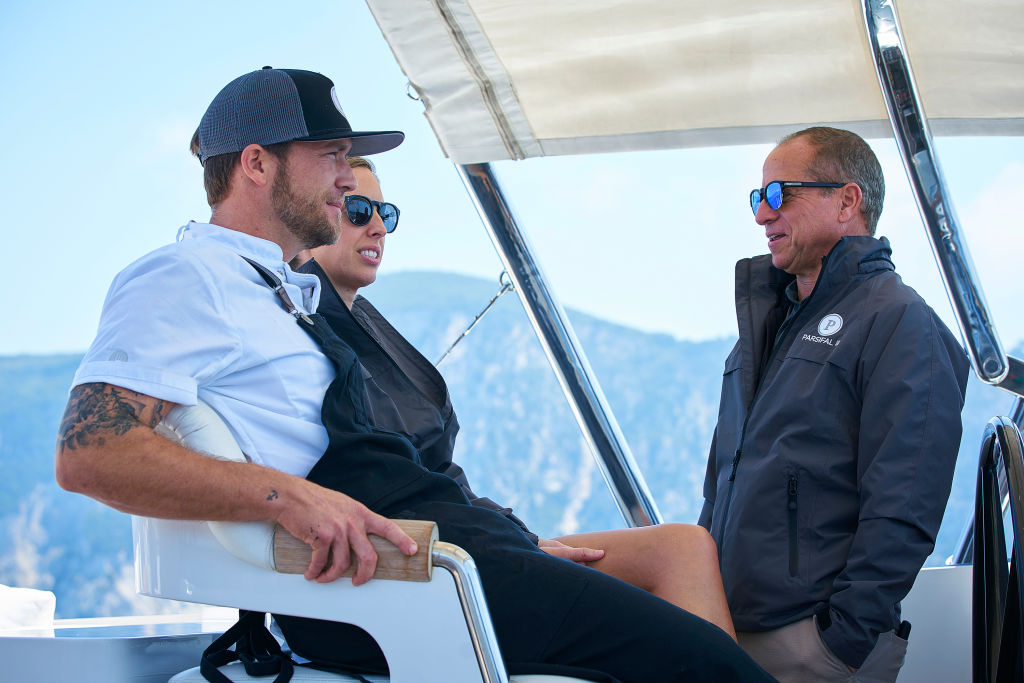 “It really set a tone for that kind of dynamic,” she added. “It did not go as well because she wasn’t joking with us. She didn’t want to be part of the club. I would never exclude somebody. But, I’m going to be myself and have fun. I also need to enjoy my time at work. It’s like bantering with everyone.” But she offered additional insight into her experience working with Stalker, adding that she witnessed Stalker cry on more thane one occasion.

MacGillivray shared with Heavy that she witnessed Stalker cry nearly every day. “Watching scenes with Madison is very hard for me to watch because they’re not necessarily showing the full amount of what happened. She cried almost every day about various things,” she said. “It was really dramatic and I found it very tiring.”

When it's performance review time! 🗣#BelowDeckSailing⁠

She believes Stalker is good at her job. But Stalker’s emotions got in her way. “I know that Madison is a good worker and she could be good at her job, but there was so much negativity about her being there that it wasn’t pleasant to work with her,” she remarked. “I’m not the only one who felt that way.”

MacGillivray believes she truly tried to make the dynamic work too. “I really do feel like I tried with Madison and maybe it doesn’t seem that way, but I was really frustrated with the fact that you can see in all of our interactions that anything I was telling her to do about the job she rolled her eyes, she mocks the relationship with Adam and me,” she said. “She’s really the only crew member that acts that way.”

She thinks Stalker was annoyed by her relationship with Glick

MacGillivray and Glick were filmed snuggling, hugging and kissing in the galley kitchen. Cameras often captured a number of eye-rolling moments from Stalker and she says their behavior was annoying. Stalker was especially frustrated when MacGillivray told Captain Glenn Shephard she was the one who was being unprofessional while MacGillivray was making out with Glick at work.

Looks like love is on deck between @ChefAdamGlick and @JennaTheMac. Catch these two in action TOMORROW on #BelowDeckSailing at 9|8c. 💙

But MacGillivray insists Stalker wasn’t exactly quiet about how she felt. “As you can see from the episodes, she’s constantly ripping on the relationship between me and Adam,” she shared with Heavy. “She’s telling me I got rejected and really nasty things. That wasn’t lost on me. Would you want to work with someone who had these nasty feelings about you? She was going to everyone in the crew who would listen.”