After seeing off his fellow contestants, it was left to Owen to take on the machine in today’s final hurdle on Tipping Point. As per usual, Good Morning Britain star Ben Shephard kept his cool as he read aloud the questions for the finalist but the ITV frontman couldn’t mask his frustration at one of Owen’s answers.

Owen was well on his way to pocketing some serious cash on today’s Tipping Point.

In the final round, Ben offered him a number of categories to choose from in order to build up his prize fund.

However, when he got to geography, cracks started to show in Owen’s gameplan.

He told Ben: “Geography? Let’s play that. For two after my Madagascar incident.” 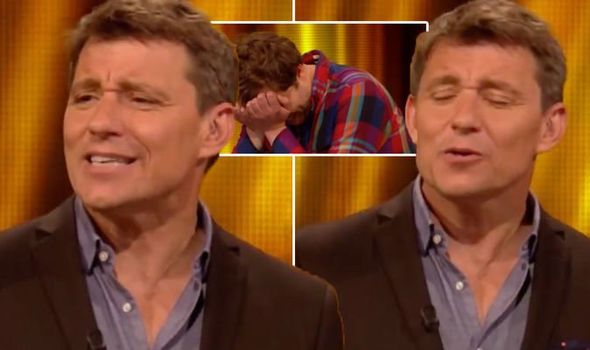 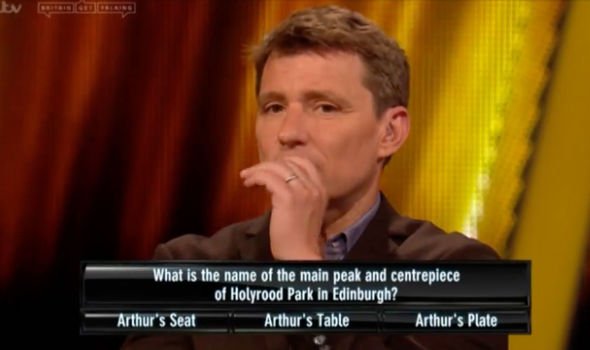 The incident in question saw Owen claim Madagascar was off the west coast fo Africa instead of the east during an earlier round.

Ben quizzed the contestant: “Geography for two, please. What is the name of the main peak and centrepiece of Holyrood Park in Edinburgh?

“Arthur’s Seat, Arthur’s Table or Arthur’s plate. You are a fan of the (Edinburgh) Fringe…”

Owen had an air of confidence as he replied: “Yeah, I go up every year and I’ve climbed the Seat which, I think, is a big hill..?” 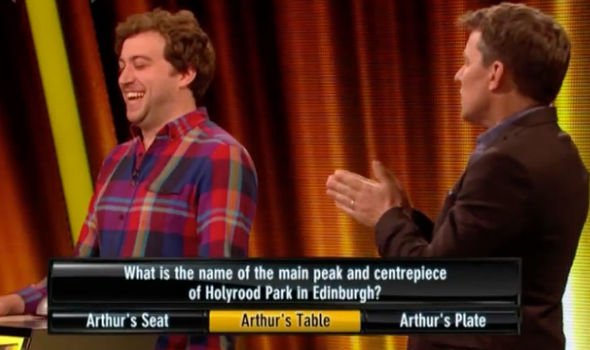 Ben appeared to push Owen towards the right answer, mentioning: “A peak and centrepiece? Would you describe it as that or is that a different thing?”

However, despite it looking like Owen was on his way to giving Arthur’s Sear as his answer, he had a change of heart.

“I’m wondering if… Table, but this is a guess, but Arthur’s Table,” the Tipping Point hopeful said.

Ben was clearly taken aback by the strategy, saying: “Okay, we’re gonna go with Arthur’s Table. So we’re looking the name of the main peak and centrepiece of Holyrood Park in Edinburgh -“

Owen quickly interrupted: “I think I’ve got it wrong now…”

Ben then reminded Owen: “You’ve walked up Arthur’s Seat in Edinburgh in the park…”

Owen the revealed another obvious clue: “And I’ve been to a chip van called ‘Arthur’s Eat’.”

Inevitably, Owen’s answer was wrong and Ben couldn’t help but voice his disappointment.

Owen quipped: “If I was watching at home I’d be so angry with this guy.”

In disbelief, Ben hit back: “I’m angry with you! I mean…”

“Is the answer Arthur’s Seat then?” Owen asked before Ben snapped back: “Of course it is! For Heaven’s sake!”

Tipping Point continues every weekday at 4pm on ITV.