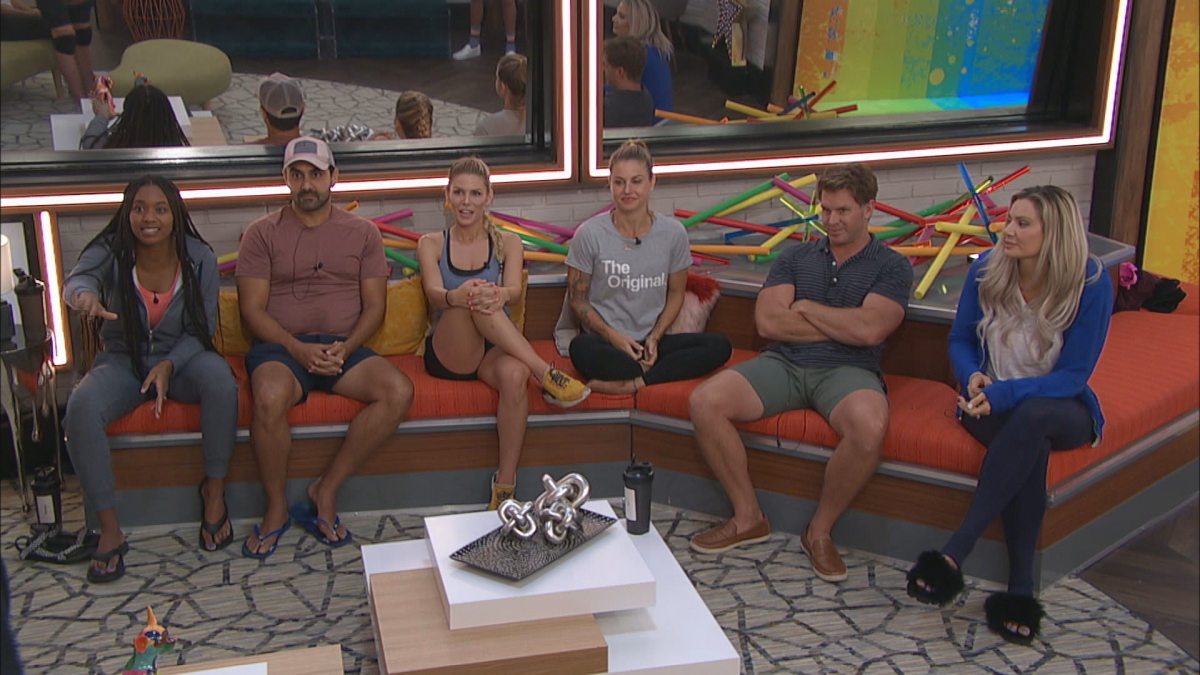 A Big Brother lockdown took place on Sunday night after a fan yelled over the wall.

Though the Big Brother house is on a production lot in California, people can get close enough to the outer walls to yell comments that can be heard in the backyard – provided they are loud enough and speak clearly.

At times, over the 20-year run of the show, fans have even had banners flown over the house in order to get the attention of the houseguests.

Now, a fan shouting at or about Nicole Franzel caused the houseguests to be ushered back inside the house and for the live feeds to go offline for a few moments.

Big Brother 22 house locked down due to fan

A little bit after 8 p.m. PT (local house time) on Sunday, August 23, Janelle Pierzina, Kaysar Ridha, Christmas Abbott, Cody Calafiore, and a few others were in the backyard when someone suddenly yelled something from outside of the lot.

The feeds remained down for close to two hours as social media tried to figure out what was going on. When the feeds came back on, the houseguests seemed to be back to their regular conversations and habits.

Typically when an interruption like this happens, the houseguests are told to not talk about it or address it again on camera. The production team likely requested the same thing here, while giving them time to chat about it before the feeds were turned back on.

Still, they are people, so sometimes things get mentioned (like in the video below) before production asks them to stop talking about it again.

Big Brother 22 lockdown: What did the fan yell?

A fan did yell something, but it isn’t entirely clear what they were trying to say. There are several stories that have been posted on social media by fans, but nothing directly quoted from the BB22 cast.

There are several versions of what the fan yelled getting passed around, though. 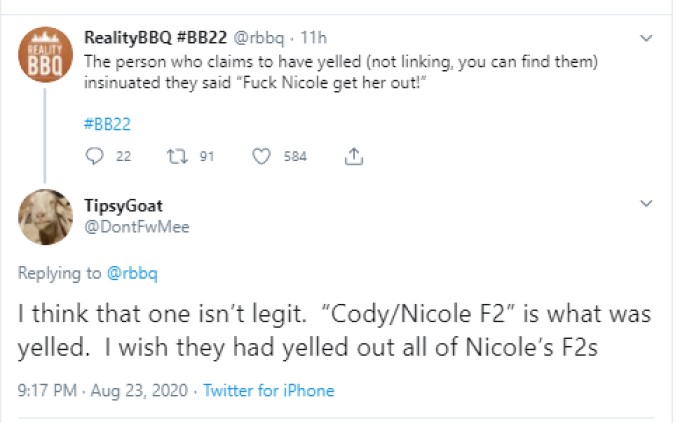 It is very unclear if any of the houseguests could even hear what was said and it wasn’t perceptible on the live feeds either. It’s also unlikely to get mentioned during an upcoming episode because production doesn’t want to reward someone for interrupting the game.

Big Brother spoilers from inside the house

Back to the game itself – some important moments have played out with the Big Brother 22 cast. They already played out the Week 3 Veto Competition and there was another Nicole Franzel crying session.

Another eviction is coming up on Thursday night, where a third person from Big Brother All-Stars is heading home. Could they participate in a Battle Back? It seems unlikely, as Nicole Anthony is already on her way home.